‘These are fantasies from an incapacitated and incapable man’ 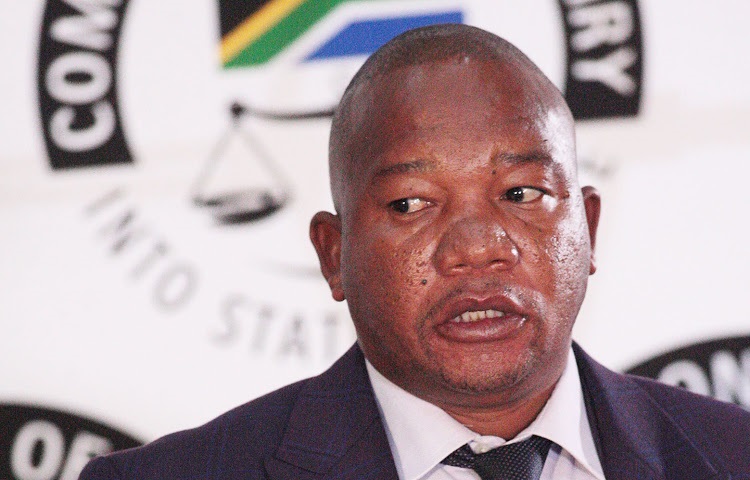 Bongani Mbindwane, the former special adviser to Fikile Mbalula when he was police minister, has accused the Inspector General of Intelligence, Setlhomamaru Dintwe of fabricating events leading to the failed acquisition of a communication interception device.

In a statement released to City Press following Dintwe’s testimony at the Zondo commission on Wednesday, Mbindwane said he had noted “with grave concern” the content of Dintwe’s testimony and he was “painfully disappointed in him and very worried for his country and her security in general”.

“I am appalled and dismayed. Most of Dintwe’s input was fanatical and a very bad review of the real events, but they are also naked in their politics. Unfortunately, also a reconstruction after the fact and seeming reliance on a media report of December 2017,” he wrote.

“As for direct details, this matter remains sub judice as you know there have been a marathon of cases and litigation in courts of which I’m involved plus an on going National Prosecuting Authority inquiry led by the investigating directorate of which I’m fully cooperating.”

He added: “The matters remain, as far as I am concerned, classified under top secret. I am not sure how Dintwe could have access to such as I last knew him not possessing a valid security clearance at that time as inspector general of intelligence.”

Mbindwane was responding to Dintwe’s testimony before Deputy Chief Justice Raymond Zondo at the commission investigating allegations of state capture.

In his testimony Dintwe, whose office oversees the country’s intelligence services, alleged his office was under attack from former state security minister Bongani Bongo since October 2017.

According to Dintwe, he had taken over the office which had been vacant for almost two years, seven months prior to the attacks.

Dintwe alleged the office had been working in advance of the former president Jacob Zuma at the expense of the general public.

He said efforts were made to get him removed before implicating Mbindwane in the efforts to acquire communication intercepting devices, known as grabber, at an exorbitant price.

He said the efforts, which included him being denied a top level security clearance, were used to bar him from accessing classified information and his office.

It sounded probable and that is why we intervened, because the grabber’s average price is R7 million, but in this case they wanted R45 million to buy one grabber

For this, he blamed Bongo and former State Security Agency head ABo Mbindwane. Dintwe told the commission that Mbindwane had attempted to irregularly buy the grabbers at an inflated price ahead of the ANC’s 2017 elective conference.

The devices were, according to Dintwe, to be used to intercept communications at the governing party’s conference.

Dintwe said he was approached and met with Mbindwane during his alleged efforts to procure the devices. But the efforts were thwarted when a shady company was recommended to supply the devices.

“It sounded probable and that is why we intervened, because the grabber’s average price is R7 million, but in this case they wanted R45 million to buy one grabber,” Dintwe told the commission.

Mbindwane said he and other people implicated by Dintwe would prove in court or representation to the director of public prosecutions that this was “all just fantasies from an incapacitated and incapable man”.

Both Mbindwane and Fraser are yet to appear before the commission to give their side of the story.

We live in a world where facts and fiction get blurred
In times of uncertainty you need journalism you can trust. For only R75 per month, you have access to a world of in-depth analyses, investigative journalism, top opinions and a range of features. Journalism strengthens democracy. Invest in the future today.
Subscribe to News24
Next on City Press
Foreign diplomats face expulsion

view
Voting Booth
Tourism Minister Mmamoloko Kubayi-Ngubane will act as health minister after President Cyril Ramaphosa placed Health Minister Dr Zweli Mkhize on special leave while the SIU completes the probe into the irregular Digital Vibes contract. What are your thoughts on this?
Please select an option Oops! Something went wrong, please try again later.
Special leave is a whitewash.
40% - 74 votes
SA’s tourism sector needs undivided attention.
4% - 8 votes
Let's wait and see
10% - 19 votes
What is the point of deputy ministers?
46% - 86 votes
Previous Results
The best of 2020
Can you guess who featured in our most popular articles from 2020?