‘They were just nobodies’ 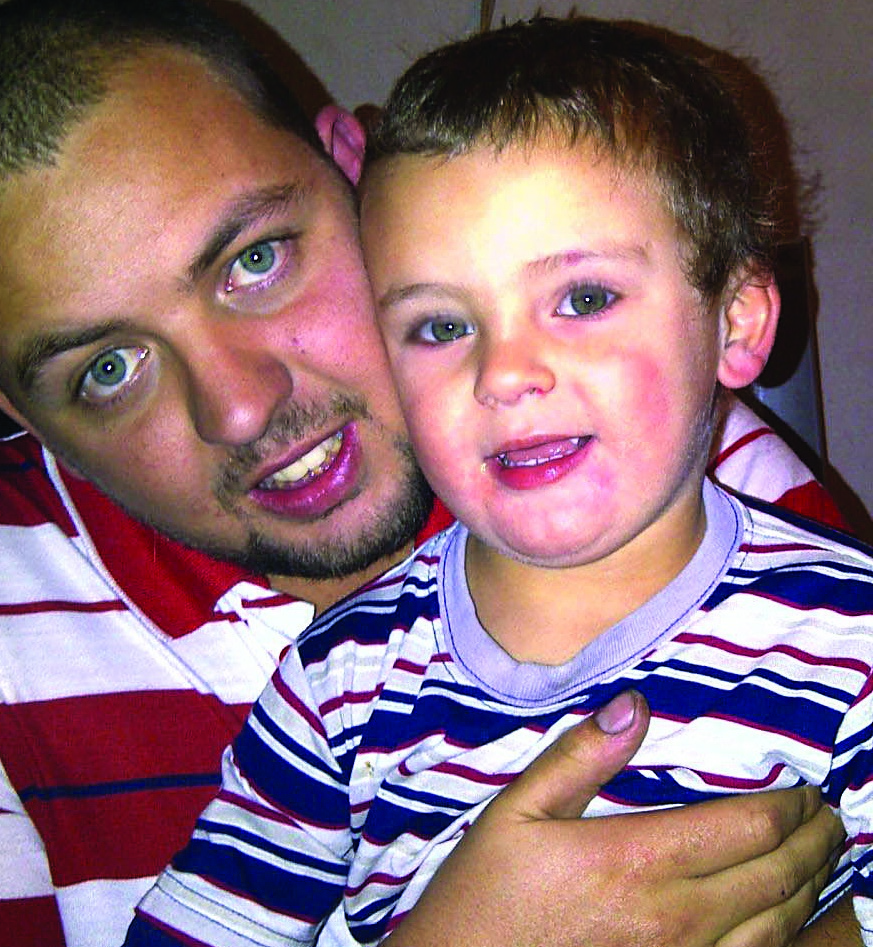 Donovan van Zyl was the driver of the white Toyota in an accident that claimed three lives. Here he is with his son, Riaan

Car accident focuses on surviving Generations actor and forgets about us, says grieving mother and mother-in-law

“It is sad that my son and his brother-in-law were not celebrities – they were just nobodies.”

Sitting on a black couch in a tiny lounge at the family’s home in Krugersdorp on the West Rand, Van Zyl said it was sad that the focus was only on the actor.

Nobody was paying attention to anyone else who had died or been injured, she said.

Donovan and another person were certified dead on the scene, while Coertze died in hospital on Tuesday. Donovan’s older brother, Jody, survived the accident.

The brothers were returning from Pretoria, where they had fetched Coertze when the accident happened.

A tearful Van Zyl said Donovan, a motor spares salesman, had told her how much he loved her and that he would see her later.

“He was planning to get married to his fiancée, Althea van Eeden, this year. My son was a dreamer,” she said, and wept uncontrollably.

“Why did God take such a humble soul? I can’t even sleep or eat since the passing of my son,” she said.

“We’ve tried to explain to him that his dad is with God, but every time he hears the sound of the gate, he runs to the gate and asks, ‘Where is my Pa? Where is my Pa?’”

She said the family prayed that the accident would not become a missing-docket case.

They also felt that it was not right that the focus was on one person, while there were six people involved in the accident.

The media was talking only about Seiphemo, she said.

“Who are the families of the people who got injured in the Audi A4? Why are they not talking about them?”

Freddie Bezuidenhout, the family’s spokesperson, said it was not an ordinary accident.

“The eyewitness told us that Rapulana was driving ... and he was speeding.” Jody, who is still limping, requested an early discharge from hospital so that he could attend the funeral of his brother and brother-in-law.

It is planned for Tuesday.

He told City Press that he could not recall much of what had happened on Sunday night.

The only thing he could clearly remember was that Donovan was driving and they were listening to music on his brother’s phone.

“It all happened so fast. I couldn’t hear, see or feel anything. I remember waking up in an ambulance and asking where my brother and Jerry were.”

According to ER24, two men were killed instantly when the two vehicles collided, and four others were injured on the N14 near Diepsloot last Sunday night.

Seiphemo, who rejoined Generations The Legacy to save the soapie two years ago, is recovering in a Johannesburg hospital.

The soapie’s spokesperson, Gaaratwe Mokhethi, said the actor’s predicament would not have a huge impact on the current storyline, since they shoot two months in advance.

“But in the long run, the writers might have to be forced to push other storylines while he is recovering.

“We have a meeting with the writing team tomorrow and the decision will be taken then,” she said.

Police have been tight-lipped about the accident and the investigation into what happened.

However, eyewitnesses said Seiphemo was the driver of the white Audi A4, but nothing has been revealed about the passengers who were travelling with him at the time of accident.

One of them died instantly. The other passenger is still in hospital.

Provincial spokesperson Captain Tsietsi Mofokeng said police were conducting their own investigations into the cause of the accident.

“The investigating officer is busy collecting the evidence that was around the scene.

“We will then issue the official statement soon,” said Mofokeng.

Police were investigating a case of culpable homicide, he said.

Do you agree with the comment that only famous people get the attention of the media in cases like these?

SMS us on 35697 using the keyword ACCIDENT and tell us what you think. Please include your name. SMSes cost R1.50

We live in a world where facts and fiction get blurred
In times of uncertainty you need journalism you can trust. For only R75 per month, you have access to a world of in-depth analyses, investigative journalism, top opinions and a range of features. Journalism strengthens democracy. Invest in the future today.
Subscribe to News24
Related Links
Rapulana Seiphemo is ‘responding well’ after surgery following car crash
Next on City Press
26 025 police guns stolen or ‘missing’