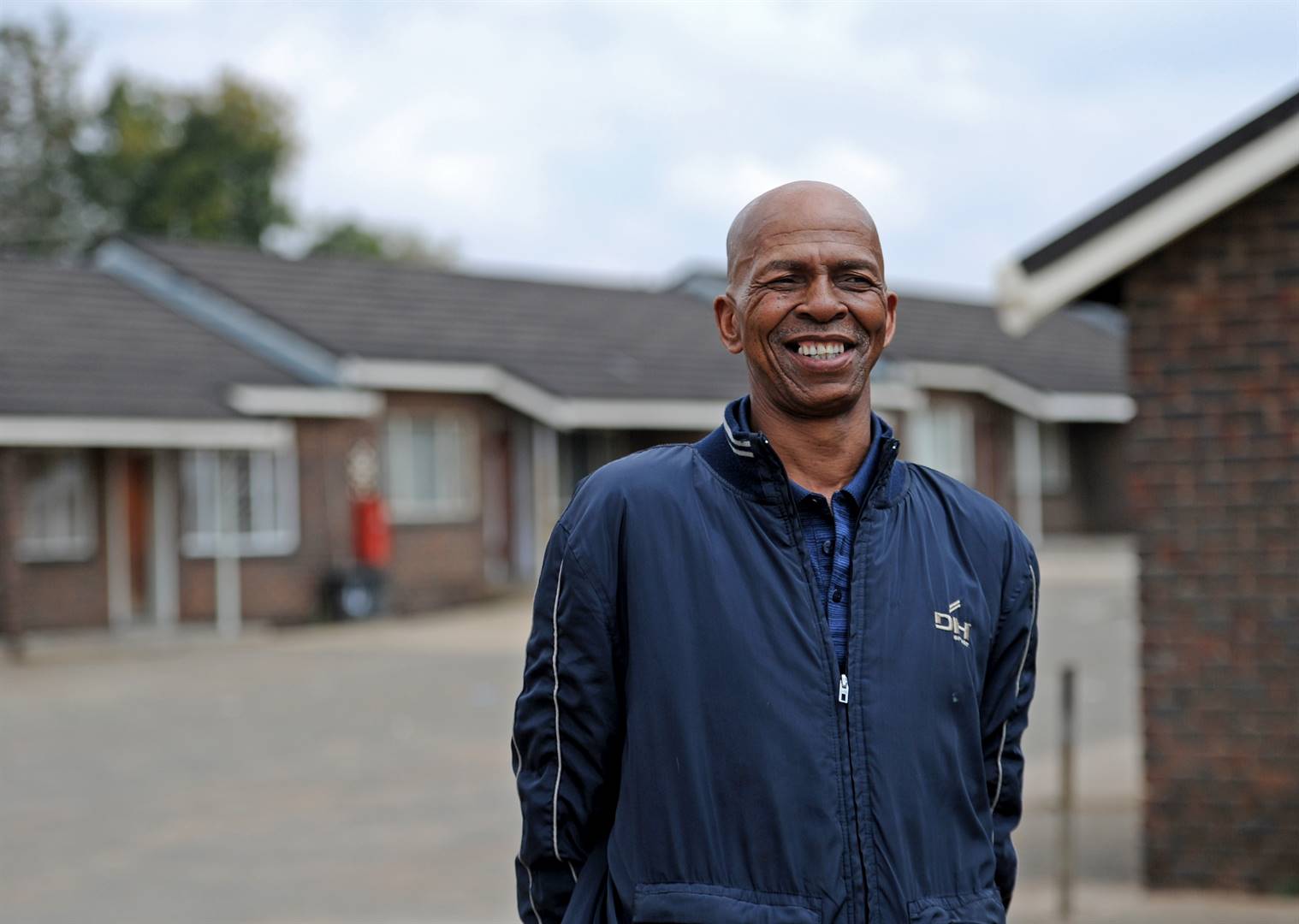 Geoff Moeletsi, an independent candidate in Tlhabane near Rustenburg, believes he has what it takes to win his ward. Photo: Tebogo Letsie

Outspoken community activist Geoff Moeletsi is determined to make his mark in the Rustenburg Local Municipality as an independent councillor.

He is known for documenting daily, on social media, service delivery challenges faced by his community in Tlhabane township, where he was born and has always lived. These range from sewage spills and burst pipes to uncollected refuse.

Moeletsi also uses social media to urge his followers to vote for him as the new councillor for ward 9.

Moeletsi said he was hurt by the neglected state of his neighbourhood.

“Tlhabane was never like this. It was one of the leading townships during the [former Bantustan Bophuthatswana president Lucas] Mangope era. Now we see sewage spillages and illegal dumping everywhere. Illegal dumping is caused by our municipality saying it doesn’t collect garden refuse, but where does it expect our people to dump it when the dumping site is 20km away in Bleskop?” he asked.

“I’m standing as an independent candidate in the upcoming local government election not because it’s easy for anyone to do that, but because I know I’m going to win my ward, freeing our people from the poor leadership to which they’ve been subjected. I want to be there for only one term to set the pace and show them what real leadership is.”

Moeletsi previously stood for and triumphed as an independent candidate when he was at North-West University, where he served at least three terms as a member of the Student Representative Council (SRC).

“I observed the student politics at university and realised that organisations like the SA Students Congress, which was the most powerful at the time, was neglecting students’ issues. Since students weren’t too happy being led by politicians, I decided to stand as an independent candidate,” he said.

“In 1993, I stood as an independent candidate and emerged as a legal and grievance officer of the SRC. I became its deputy president in 1995 and was elected president the following year, before being expelled because of my activism.

“I went back to university in 1999 and was again elected president of the SRC as an independent candidate. So I know exactly what challenges I’ll be confronted with on this journey. For me, it’s about the people and nothing else,” he said.

Moeletsi added that a group of about 30 independent candidates had come together to work as a unit in the council after the election. He said:

When there’s a need to vote on something, be it for the control of council or anything else, we’re determined not to make any decisions without a mandate from our communities.

Asked if he would give a party his vote if it was needed to gain control of the municipality, Moeletsi said: “We’re not expecting the ANC, for instance, to win outright like the last time, but, as I said, my community will give me a mandate when it comes to voting.”

Service delivery, he stressed, was his first priority.

Being a councillor is an easy task. All you have to do is prioritise access to water, refuse removal and sewage. I don’t understand why people make it so complicated when they’re expected to have their communities in mind.

Moeletsi is also planning to push mining companies to deliver on the social labour plans they committed themselves to.

“I’ve tried engaging with mining companies before, but I was always asked who I was. Now I’ll go back to them in my capacity as a councillor and talk on behalf of my community,” he said.

“Informal settlements have mushroomed all over Rustenburg because mining companies introduced an allowance for people who chose not to live in hostels, which was a ploy to empty the dwellings. They paid people to live outside them, but this led to informal settlements, which have become a problem now because the same mining companies aren’t delivering on their corporate social responsibility or social labour plans. They deserve a knock on their door,” said Moeletsi.

Listen to our latest podcasts.
Voting Booth
Were the knee-jerk travel bans imposed on SA following our detection of the Omicron variant necessary?
Please select an option Oops! Something went wrong, please try again later.
We are being punished
46% - 19 votes
Rather safe than sorry
34% - 14 votes
They have every right
20% - 8 votes
Previous Results
The best of 2020
Can you guess who featured in our most popular articles from 2020?