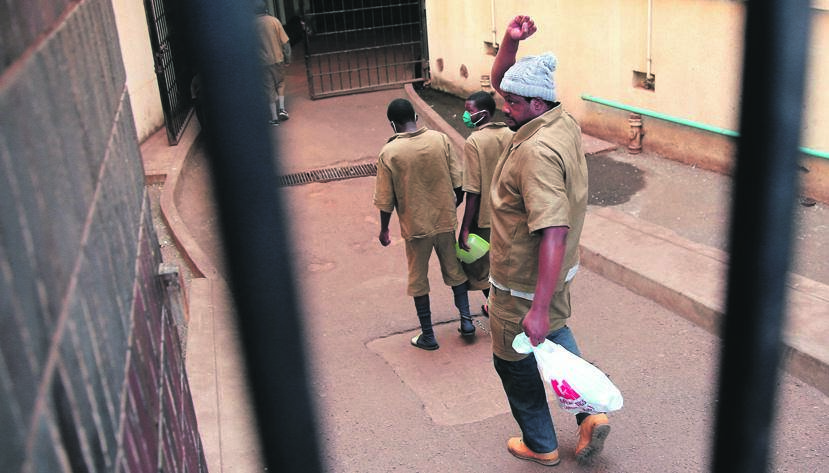 On a chilly Thursday morning, Daniel Nkhoma evades police and military roadblocks on his way to Zimbabwe’s biggest marketplace, Mbare Musika, where he hawks dried foodstuffs.

There, he joins other informal traders who’ve come from all over Harare, as well as vegetable farmers who’ve traversed numerous roadblocks to ferry their products from rural areas to market.

As they go about their business, they discuss in hushed tones the challenges they’re facing. Today, the main topic is the military and police beatings alleged to have been meted out in their respective residential suburbs the night before.

“There’s no transport and I arrived home very late yesterday. I’d hitch-hiked and, as I got out of a private car at the shopping centre, a soldier beckoned to me. I had to run for safety,” explains one hawker, stopping briefly to tout soya chunks. They’re selling fast because they’re a cheap source of protein.

His peers also discuss how they arrived to find the marketplace closed without notice a week earlier and how much they’d been looking forward to participating in street protests on July 31, before being turned back at roadblocks on the day.

These issues are among many that disgruntled Zimbabweans have been raising under the #ZimbabweanLivesMatter hashtag that’s been trending all week, receiving support from South African and other regional and international social media users.

Nkhoma tells City Press that many citizens, including others trading in Mbare, are having difficulty expressing themselves and conducting their business. He also says government is using Covid-19 lockdown measures to restrict the movement of citizens it fears could be mounting a revolt.

“When we get to work, we find soldiers already there, beating up people in the community and the marketplace for not wearing masks properly, and chasing away others, using sjamboks and wielding guns. We have people collecting money on behalf of soldiers and the Zimbabwe Republic Police and this abuse we’re experiencing is at the hands of the security forces,” he explains.

Transport, he says, has become another big challenge since government banned private taxi operators. Traders who’ve expressed their dissatisfaction with the policies of President Emmerson Mnangagwa’s Zanu-PF government are also being harassed.

“We’re often told that our vending places will be taken away if we don’t toe the line,” says Nkhoma.

This has led to rare unity among Zimbabweans, last seen in 2017 when they marched against former president Robert Mugabe, who was subsequently ousted by the military, leading to the installation of his deputy and successor, Mnangagwa, who later won a 2018 poll by a substantial margin, although his party’s main opposition, the MDC Alliance, claims he manipulated the results.

While Mnangagwa came to power promising to implement widespread reforms in the country, critics and #ZimbabweanLivesMatter campaigners say he’s now resorting to the old tactics of repression and human rights abuses, and arrests those who criticise his actions. A police officer speaks to protesters outside the Zimbabwean embassy in Pretoria this week. Picture: Siphiwe Sibeko / Reuters

This was evident in the arrest of prominent journalist Hopewell Chin’ono, a campaigner in the July 31 protest. After the government reportedly used lockdown measures to quash the protest, Zimbabweans increased their condemnation of Mnangagwa on social media platforms.

To economists and analysts, these social media protests have been triggered by the economic crisis facing Zimbabweans as well as their resentment of Zanu-PF, whose ruling elites live in luxury while ordinary citizens battle daily to survive.

“The [Mnangagwa] government will increasingly lose what support it still has, while economic conditions deteriorate further. Zimbabwe’s on its last legs and can no longer proceed without outside intervention,” said Jee-A van der Linde, an economist at NKC African Economics.

The hope of most Zimbabweans is that outside intervention will come if they voice their desperation and anger on social media. And, indeed, the world beyond their borders has started to notice their plight.

South Africa has been among the key respondents to the #ZimbabweanLivesMatter call by Zimbabweans who say they “can’t breathe”, and who used social media this week to highlight an alleged string of corrupt actions by state-linked officials and violations of human rights.

“The citizens are under siege. Zimbabwe under Emmerson has descended into an inferno of lawlessness. Things can’t go on like this,” he said.

Van der Linde is convinced that, because “Zimbabwe will increasingly look towards” its southern neighbour for help, there’s an opportunity for President Cyril Ramaphosa to intervene.

What’s likely to heighten tensions in the interim, however, are staunch denials by the Mnangagwa administration that human rights are being abused.

Obert Mpofu, Zanu-PF’s secretary for administration, was quoted by state media yesterday as saying that the “purported instability in Zimbabwe is precipitated by disgruntled fugitives and ejected elements from the revolutionary party, Zanu-PF”.

These “disgruntled fugitives” included politicians such as Saviour Kasukuwere and Patrick Zhuwao, who fled Zimbabwe when Mugabe fell from power in 2017.

Earlier in the week, Mnangagwa said his government would “flush out” those opposed to his rule.

Some Zimbabweans are worried about the growing number of arrests related to social media posts.

“The citizens are under siege. Zimbabwe under Emmerson has descended into an inferno of lawlessness. Things can’t go on like this”
MDC Alliance vice-president Tendai Biti

This week, Zimbabwe Lawyers for Human Rights said that a 22-year-old Kariba woman, Hither Mpambwa, had been arrested and arraigned before a Kariba court “for allegedly insulting Mnangagwa by posting a message on a WhatsApp group that criticised him for lacking patriotism in a televised address to the nation”.

According to the human rights organisation, at least four people have been taken into custody for posting comments, on WhatsApp and other social media platforms, deemed critical of or subversive towards Mnangagwa.

But for Nkhoma, these arrests will only embolden Zimbabweans to press ahead with the #ZimbabweanLivesMatter campaign on digital platforms.