Toyota vans converted into ambulances may be new ‘coffins on wheels’ 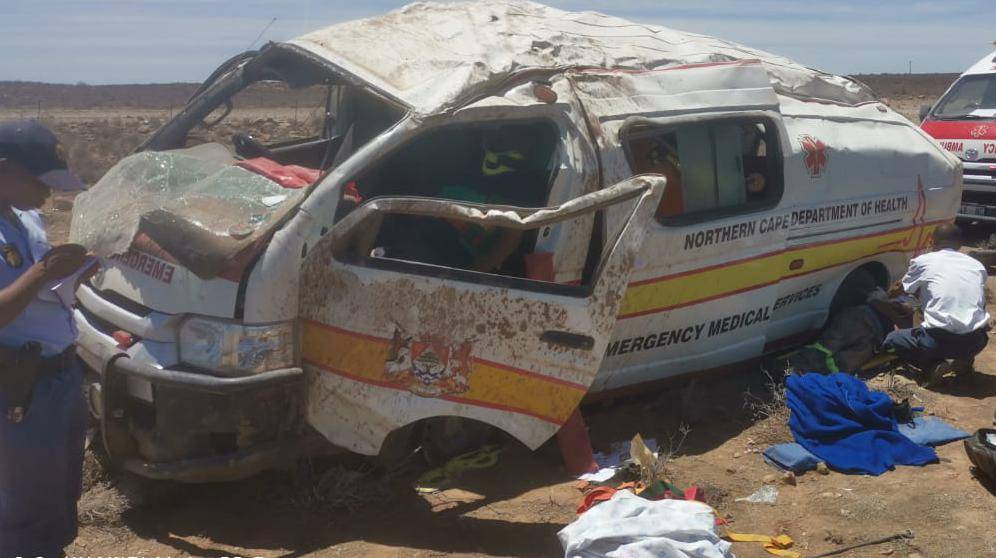 Toyota panel vans are allegedly being converted into ambulances, despite the fact that they are not designed to carry passengers in the rear of the vehicle.

The lives of thousands of patients, passengers and paramedics across the country are being put in danger every day by three-seater Toyota panel vans that have allegedly been illegally converted into ambulances.

The use of these ambulances may have already led to some deaths.

These allegations are being made by former banker Hennie de Beer, who exposed a similar scandal a few years ago, where converted panel vans were being used as minibus taxis.

The Hawks have confirmed to City Press’ sister publication Rapport that they were busy with a nationwide investigation into the converted ambulances.

This follows a complaint to the department of transport that was lodged in 2017.

However, Toyota SA has denied that the vehicles are dangerous in any way.

A spokesperson for the vehicle manufacturer on Friday said the ambulance conversions were approved by the National Regulator for Compulsory Specifications (NRCS) according to the applicable safety requirements.

The company’s spokesperson said that converting panel vans into ambulances was something done around the world.

According to him, vehicles that are designed to carry three passengers on the front seat and a load of goods in the back are not sturdy enough to carry passengers in the back.

Added to this, the modifications to the vehicle further weaken its structure.

De Beer claims the floors are thin and no provision has been made for mounting furnishings and equipment.

The rear cabin of the vehicle also isn’t reinforced, which means passengers will not be protected if it overturns.

The structure is further weakened if panels are cut to install windows.

This makes the vehicle unstable, which can be fatal when ambulances are carrying patients to hospital at high speed.

He claimed this was all done to keep the price of the vehicles low.

According to an investigation conducted by the Public Protector into panel vans that were converted into minibus taxis, such vehicles were more likely to be involved in accidents, and the fatality figure was higher when compared with legal taxis.

When the vehicles roll, the passenger seats tear out of the floor because they cannot be secured properly, and passengers often end up being flung from the vehicle.

De Beer believes that many of the “illegal” ambulances are involved in single vehicle accidents.

Because the structure is weakened, the vehicle’s road holding ability is insufficient, he alleges.

At high speed, the driver may lose control, even if he or she has advanced driving training.

If the vehicle rolls, the rear cabin in which the passenger is transported may be susceptible to crumpling.

Last month, two paramedics narrowly escaped death when one of these vehicles overturned between Fraserburg and Williston in the Northern Cape.

According to reports, a paramedic died and two nurses were injured in an accident involving one of these ambulances outside Barkly West in the Northern Cape.

Conversions may only be done by NRCS-accredited workshops, according to manufacturer specifications, said De Beer.

These businesses are accredited and must obtain further accreditation to modify the particular model of the vehicle involved.

A legal prerequisite for any conversion is the manufacturer’s permission, says De Beer.

The NRCS said it was aware of the allegation, but its approvals for these ambulance conversions had been granted in compliance with the legal requirements.

Toyota SA on Friday said Van Zyl was specifically referring to the practice of converting panel vans into taxis.

Ambulances have a different vehicle classification.

However, De Beer refers to a provision of the National Road Traffic Act that prohibits the transportation of passengers in the cargo area of any vehicle.

De Beer claims that Toyota even sold about 30 ambulances to the Northern Cape government, all of which were converted Toyota Quantum panel vans.

Neither Toyota SA nor the office of Northern Cape Premier Zamani Saul replied to Rapport’s questions about the matter.

Attorney Richard Spoor said he was currently preparing for a class action suit against Toyota SA for the damages suffered by taxi owners, as well as the victims of taxi and ambulance accidents, as a result of the allegedly unlawful conversions.

He believes that, when Toyota became aware of the unlawfully converted panel vans in 2005, it should have recalled the vehicles.

The department of transport did not respond to a request for comment.

We live in a world where facts and fiction get blurred
In times of uncertainty you need journalism you can trust. For only R75 per month, you have access to a world of in-depth analyses, investigative journalism, top opinions and a range of features. Journalism strengthens democracy. Invest in the future today.
Subscribe to News24
Related Links
North West finally starts using 40 new ambulances parked for seven months
Limpopo MEC berates ‘big-headed’ EMS staff
‘Nervous’ taxi industry weary of being exploited with new technology
Next on City Press
Analysis: What can SA do about the ‘slow violence’ of child hunger and malnutrition?

Read more on:
toyotaambulance
Podcasts
Podcast | How to select the right exchange traded funds in this crazy market

Choose a newsletter
Voting Booth
The EFF has sent a legal letter to President Cyril Ramaphosa’s office, demanding that the lockdown regulations be relaxed to allow political gatherings in compliance with all Covid-19 protocols. The party said that regulations prohibit political campaigning and activities in preparation for this year’s local government elections.
Please select an option Oops! Something went wrong, please try again later.
Like church members, political party members should gather
0% - 0 votes
I fear the third wave
50% - 1 votes
Hold off on the elections
50% - 1 votes
Previous Results
The best of 2020
forsubscribers
Can you guess who featured in our most popular articles from 2020?