Tributes pour in for ‘the greatest Zimbabwean musician of all time’

Tributes have poured in for musician Oliver “Tuku” Mtukudzi, who passed away on Wednesday following a bout of ill health in his home country of Zimbabwe.

According to Zimbabwe’s national daily newspaper The Herald, he had been battling diabetes.

The 66-year-old music maestro garnered major success over the course of his musical career with 66 albums under his name. He has left an indelible mark on the music industry, with fans calling him “the greatest Zimbabwean musician of all time”.

Following his death, the National Arts Council of Zimbabwe approached the government to have Mtukudzi be given a national hero status. Youth, Sport, Arts and Recreation Minister Kirsty Coventry said that they would be considering a “special honour” for the late artist.

Mtukudzi died exactly a year to the day of the death of South African jazz legend Hugh Masekela at the age of 78. The pair, who shared a close friendship, performed several songs together over the years, including Todii, Tapera, Bhiza Ra Mambo and Khusateerera.

In 2011, Forbes magazine included him in its list of the top 40 most powerful celebrities in Africa and in 2017 he was named by Forbes Africa as one of the top 10 bankable artists.

This is what the magazine had to say about him:

“Oliver (Tuku) Mtukudzi has 65 albums under his belt – more than Michael Jackson and Whitney Houston. It’s a remarkable career stretching back 41 years with songs that have enlivened parties all over the world.”

His Afro-jazz take on music became popularly known as Tuku. His music was a blend of traditional iti, katekwe, marimba, South African mbaqanga and modern Afro-pop.

So prolific was his stance on social justice and the fight for children’s rights that in 2011 he was appointed by the United Nations as the Unicef Regional Goodwill Ambassador for Eastern and Southern Africa, with a focus on young people’s development, and HIV and Aids prevention.

He said at the time: “I am humbled by this recognition of my efforts. My role as a musician is to raise awareness and motivate wider responses to the social and economic problems that continue to deprive children of a good development.”

Among his many accolades, Mtukudzi was given the African Legend Award at the 2017 All Africa Music Awards.

South African Arts and Culture Minister Nathi Mthethwa took to Twitter to say that “his artistic genius brought us together in good times and gave us hope during our darkest hour”.

A giant of African music has fallen with the passing of legendary Musician, the one & only, Oliver Mtukudzi. From the depths of Harare his career blossomed like the flame lily flower & his artistic genius brought us together in good times & gave us hope during our darkest hour. pic.twitter.com/kfylO3IxxJ

South African songstress Yvonne Chaka Chaka said that her heart was “broken” after confirmation of the news of his death surfaced online.

View the gallery of Mtukudzi below. 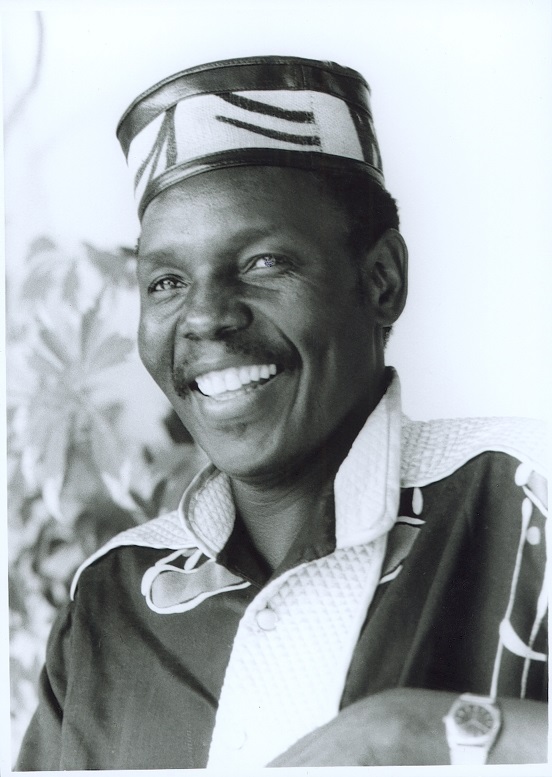 Oliver Mtukudzi pictured during a performance at the Standard Bank Joy of Jazz. Picture: Mpumelelo Buthelezi
We live in a world where facts and fiction get blurred
In times of uncertainty you need journalism you can trust. For only R75 per month, you have access to a world of in-depth analyses, investigative journalism, top opinions and a range of features. Journalism strengthens democracy. Invest in the future today.
Subscribe to News24
Related Links
The boys re-doin’ it: Celebrating Hugh Masekela’s ecstatic exuberance
Gallery: Bra Hugh honoured with musical tribute
Next on City Press
Media24 affirms commitment to independent journalism