Vaccines due in weeks or months not yet Africa’s way out of pandemic, officials say 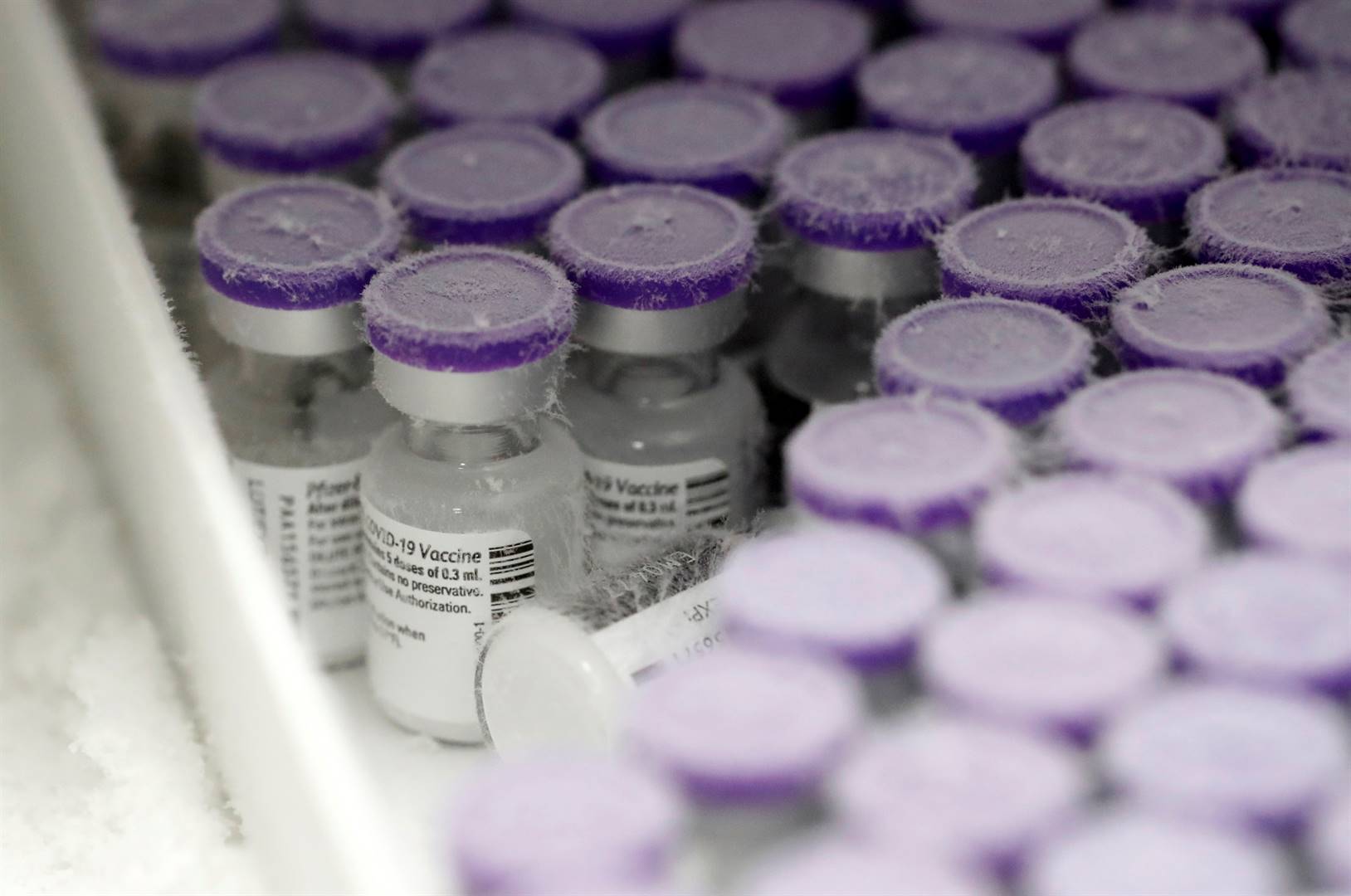 Vials of the Pfizer-BioNTech Covid-19 vaccine are seen in an ultra low temperature freezer. Picture: iStock

Vaccines are not yet Africa’s way out of the pandemic as it may be weeks or even months before first doses start to arrive, health officials said on December 14, after the African Union (AU) secured 270 million doses for the continent where about 30 000 people a day are becoming infected.

Africa has not started vaccinations and there is concern that more prosperous regions are getting an unfair head start in the global fight against Covid-19.

Africa’s second coronavirus wave is infecting twice as many people per day as the height of the first wave last year, and has not peaked, John Nkengasong, director of the AU’s Africa Centres for Disease Control and Prevention (CDC) said in an online press briefing.

On Wednesday AU chair South Africa said vaccine doses would be supplied this year by Pfizer, AstraZeneca – through the Serum Institute of India – and Johnson & Johnson.

The 270 million shots, if administered two per person, would only cover around 10% of Africa’s roughly 1.3 billion people.

We need to ... manage our disappointment as we see wealthier regions and countries starting to vaccinate while we wait a few weeks to a couple of months.
WHO Africa director Matshidiso Moeti

South Africa did not say when the first doses would arrive but said at least 50 million would be available between April and June.

They are in addition to shots the continent is due to receive from the Covax Facility, a global vaccine distribution initiative co-led by the World Health Organisation.

“We should not see vaccines as a magic bullet for now, it will take time for vaccines to be rolled out in a way that we have herd immunity,” said Nkengasong.

Infections have passed 3.1 million with more than 74 600 deaths over the course of the pandemic.

WHO Africa director Matshidiso Moeti told a separate briefing that African countries should use the time before the vaccines arrive to prepare for the rollout.

“We need to ... manage our disappointment as we see wealthier regions and countries starting to vaccinate while we wait a few weeks to a couple of months. I believe strongly that the waiting gives us the opportunity to reinforce our readiness,” Moeti said.

Nkengasong said nations should start placing orders and approve the vaccines as a bloc or blocs, to accelerate getting doses out. “There is a fierce urgency,” he said.

The Africa CDC boss brushed aside concerns that lack of ultra-cold chain storage infrastructure would stop countries buying and using vaccines needing to be kept at extremely low temperatures – Pfizer’s and Moderna’s.

Countries would store and dole out such vaccines in cities, where demand is high and freezers can be maintained, he said.

Moeti said African countries could start to receive the first doses from Covax by the end of March, with larger deliveries by June.

In all Africa could get 600 million doses from Covax this year, she said, adding that the continent still needed to secure more shots. – Reuters

We live in a world where facts and fiction get blurred
In times of uncertainty you need journalism you can trust. For 14 free days, you can have access to a world of in-depth analyses, investigative journalism, top opinions and a range of features. Journalism strengthens democracy. Invest in the future today. Thereafter you will be billed R75 per month. You can cancel anytime and if you cancel within 14 days you won't be billed.
Subscribe to News24
Related Links
Lack of coherent Covid-19 vaccination programme and its impact on the economy
The scramble to provide Covid-19 vaccine
The state should open up on Covid-19 procurement
Next on City Press
Watch | Joburg’s Kaserne building implodes, temporary accommodation erected