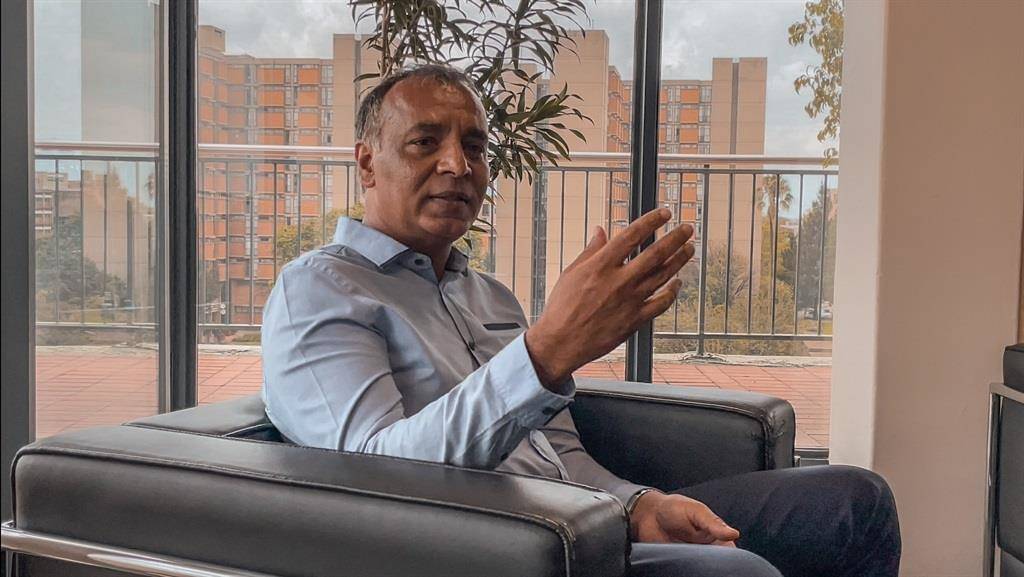 Shabir Madhi, dean of the faculty of health sciences and professor of vaccinology at Wits University shared some of his thoughts on when and how government dropped the ball on Covid-19.Photo: Sthembiso Lebuso / City Press

While for some the initial 21-day Covid-19 restrictions that began three days later would be a “holiday and break from work”, over the past 24 months the country has experienced a roller coaster of more lockdowns and uncertainty.

For Shabir Madhi, the dean of the faculty of health sciences and professor of vaccinology at Wits University, has revealed government’s incapacities, ignorance and unmeasurable failures in managing the Covid-19 pandemic.

He shared some of his reasons for this sentiment, with City Press:

The delay in acquiring vaccines

South Africa is a good case study on how not to manage a vaccination programme. Government started off by deciding in 2020 that it was mainly going to focus on a Covax facility, for vaccine procurement. [Covax is a global alliance which brought together governments, health organisations, manufacturers, scientists, the private sector, civil society and philanthropy, with the aim of providing innovative and equitable access to Covid-19 vaccines].

However, it soon became evident that the Covax facility was not going to deliver vaccines. Until January last year, government had not engaged in any sort of meaningful bilateral discussions with any pharmaceutical companies to obtain an agreement for the Covid-19 vaccines.

READ: Only 3% of SA will get vaccine under Covax deal

After some of the scientists raised this in the media early last year, government then started to engage earnestly to try to enter into bilateral agreements. But we were already at the back of the queue, compared to other countries that had begun their engagements earlier.

The first time we started to use vaccines at a public facility level was around May or June last year. By which time, the third wave had already come.

. Ignoring the World Health Organisation (WHO)

In January last year, government signed a deal with the Serum Institute of India to get 1.5 million doses of the AstraZeneca vaccine.

However, after the vaccines arrived in the country a study conducted concluded that the vaccine did not protect against mild Covid-19.

The WHO looked at the data and concluded that even in a country where the Beta coronavirus variant was circulating, those countries should use the AstraZeneca vaccine because it could still protect people against severe disease.

Government decided to sell the vaccines to other African countries where the Beta variant was also circulating. This meant that the 1.5 million doses of the AstraZeneca vaccine was available to South Africa and could have been used but were not.

READ: A glimmer of hope as SA secures 1.5 million doses of Covid-19 vaccine from India

Government went against the WHO recommendation on the use of the AstraZeneca vaccine. Had the vaccine been used at the time, more so for people over the age of 60, they would have been protected from dying.

Government started rolling out vaccines slowly and then rolled out the electronic vaccination data system (EVDS) – a system that was not fit for purpose.

From asking people to register electronically and then trying to “shepherd” them to where they should present themselves for the jab and on which day, it was predictable that the EVDS was going to fail in South Africa. This failure was primarily due to the lack of access to electronic systems, but more so for people over the age of 55 who required the vaccine right from the start, most would not have been very tech savvy.

The EVDS will tell people to go to a certain location on a specific date so as to receive the jab. A person might have other things to do on that day, and that is not making the vaccine accessible. If you want vaccine programmes to work, they need to be accessible.

Not putting the elderly first

Government has also failed dismally to focus on one simple thing: getting more than 90% of people above the age of 50 vaccinated.

If it did that one single thing well enough, we would not have had people ending up in hospitals in large numbers with Covid-19.

Extension of the national state of disaster

Some past regulations may have played a role in preventing infections, this is no longer the case. We now have about 80% of the population having protection from severe disease through vaccinations.

READ: Covid-19 experts slam state of disaster extension as government ‘incapacity to understand what it is trying to achieve’

Government has been spectacularly unsuccessful in preventing Covid-19 infections and pretending that we are achieving anything with regulations that are obsolete and not fit for purpose, demonstrates the incapacity of government to understand what it is trying to achieve.

* The interview with Mahdi was edited for brevity and length.