‘We just want to bury our child’, says family of 14-year-old shot dead in Vosloorus 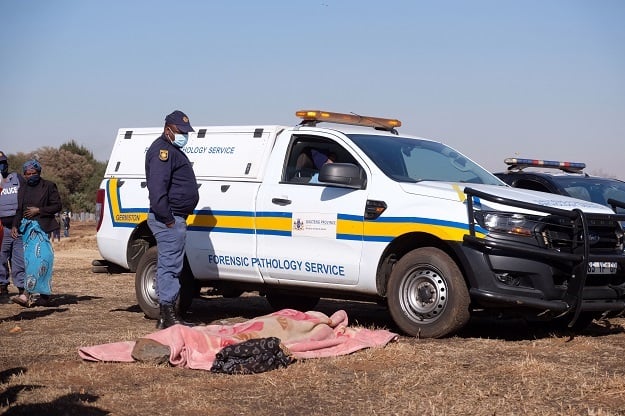 The bereaved family of a teenage boy shot dead during the looting spree in Vosloorus in Ekurhuleni last week has not received any assistance from the police or government and all they want is to get justice for their child.

Vusi Dlamini (14) was one of the youngsters allegedly shot by a taxi owner who was trying to scare off looters.

The family told City Press on Thursday that three visits to the Vosloorus Police Station as well as phone calls to the officials to “get some help and answers” have proved futile.

“We have tried reaching out to the Vosloorus Police Station and we keep getting told that their system is not working and they have too many cases to handle. They even told us that they do not have a case [opened for my brother]. And that is another thing which has burdened us over the past few days,” Vusi’s sister Winile Mabaso told City Press.

Mabaso (27) was among family members who had gathered at the family home in Tamahantsi in Katlehong to prepare for the boy’s funeral.

Their mother Rejoice Dlamini is still in disbelief. With her head covered with a blue scarf and a blue blanket wrapped around her shoulders, she stared into the distance and didn't speak.

READ: Photos | Alex residents get together in a clean-up campaign

The sombre mood filled the family home, with the silence only interrupted by relatives arriving to help with the cooking.

“All we want is to bury our child,” a family member said.

Mabaso (27), said her brother was the fifth of six siblings. “He did not deserve what happened to him and we want justice for him. We are distraught and heartbroken by what happened because my brother was young and innocent. We want the person who killed our boy to be arrested. We have heard nothing [from the police] since Vusi was killed.

“No government or police official has come to us to console us or anything of the sort,” Mabaso said.

She told City Press that it was later revealed by doctors that Vusi, a Grade 6 pupil at the local Zonkizizwe Primary School, had been shot twice on July 14.

“Some of our siblings had gone to see what was happening with the looting at the Chris Hani Mall. Vusi followed them on his bicycle but they kept telling him to go back home,” she explained.

According to Mabaso, Vusi was hit by bullets “carelessly fired by someone who is a taxi driver and owner who was allegedly trying to disperse looters”. “But my brother was not there for that [looting]. He lost his life senselessly. My sister Zandile [one of my siblings who had gone there] moments later saw him laying there and she was inconsolable.

“Community members then brought Zandile home and they explained to us what had happened. My brother was shot in front of a crowd, apparently by a taxi owner.

“We did not see the person. By the time we arrived at the scene he [the alleged shooter] was no longer there, but community members told us [they saw what happened]. The police then came to the scene and my brother’s body was removed.”

A source at the police station confirmed that a case was opened, but declined to provide details, “because we have received instruction from our provincial office that we cannot comment on any deaths that were a result of the looting”.

"If the family is unhappy with the manner in which things are being handled, they have a right to take up their issues with the station commander or the district commissioner and the matter will investigated thoroughly."

On Friday, the acting minister in the presidency, Khumbudzo Ntshavheni, said 212 people had died during the unrest and 2 554 had been arrested. By Thursday, the death toll had risen to 276.

Meanwhile, Police Minister Bheki Cele said 20 people were killed when racial tensions flared up in Phoenix in Durban. KwaZulu-Natal and parts of Gauteng were hardest hit by the rioting.