When a dictator falls: Inside Sudan’s revolution

‘Everything changed on April 6. Before that, it was so scary to protest that it was mostly youngsters, those who could run quickly, but then suddenly everything happened,” said Sudanese film maker Hajooj Kuka.

He is speaking from Germany, where he is attending a film event, having just left Sudan’s capital Khartoum, where he was one of the artist organisers among the protesters who have toppled the “dancing dictator” Omar al-Bashir, who was never shy to dance on stage at public events.

Then al-Bashir’s defence minister, Awad Ibn Auf, was ousted – he survived a day in power, but stepped down because the protesters defied a curfew and refused to go home.

Yesterday, Kuka said: “We will see what happens. We are hoping Burhan will hand over power to the civilians.”

The artist is on his phone, helping arrange what he describes as impeccably disciplined and organised protest actions that have drawn in the entire country.

“There are committees of young people, of artists, of footballers, of professionals like doctors ... Even as we were organising for April 6, we knew it was going to be big. We were calling it the Million People March and there were marches planned across the diaspora. April 6 1985 was the date of the last revolution, when the Sudanese students and workers brought down the Gaafar Nimeiry dictatorship.”

The lead-up to last weekend’s action – when the protesters occupied the space outside the Sudanese military headquarters – was fraught for Kuka, who was busy filming a protest with his cellphone when he was arrested by crime intelligence forces and “fake executed” by his captors before being thrown into jail.

“The protests had begun in mid-December. People started burning down the buildings that were [al-Bashir’s] National Congress Party headquarters and it ignited across the Sudan,” fuelled by price hikes and the curtailing of the state’s bread subsidy.

The previously unknown Sudanese Professionals Association emerged and called for a higher living wage and arranged to hand over memorandums to the rulers.

“We took their call and organised around it,” said Kuka.

“And the various groups started connecting and eventually came together under the umbrella of the Declaration of Freedom and Change. We had different activities every day of the week, like Thursdays were the big protest days; on Sundays, certain areas were targeted for protest; on Fridays, there were visits to the houses of the martyrs; and Saturdays were for street cleaning.” 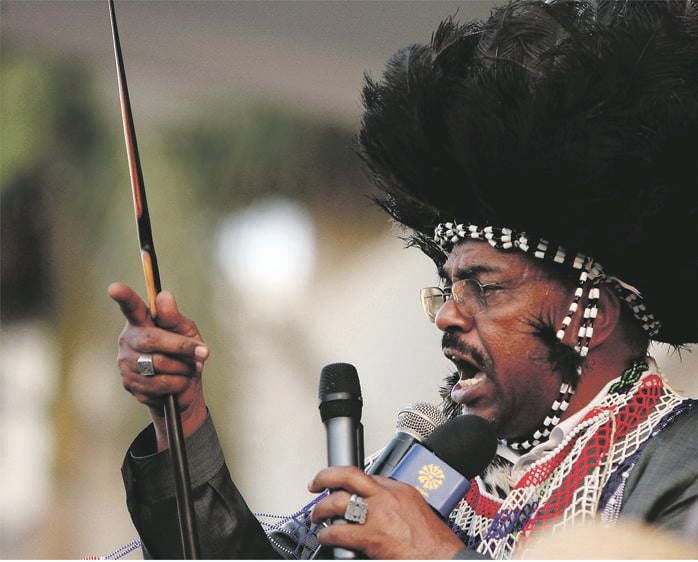 By the time Kuka was arrested on February 21, he says more than 50 protesters had been killed by live bullets fired by either the police or one of the many militias controlled by corrupt leaders.

His hope could not be beaten out of him, even though his captors did beat him up – and worse.

“They put a tear gas cannister in front of my face and told me to close my eyes, they were going to kill me ... Then one of them clapped next to my ear. I wasn’t sure if they were going to do it or not. I had heard of the fake executions, so all of this was running through my mind.”

Kuka was taken to a prison in Khartoum that is called The Freezers “because they pump the air conditioning so you are shivering and they leave the lights on all the time. I was in for three weeks and they questioned me every day, but I convinced them I was a nobody, just a protester. They never found out about my films. I managed to destroy my phone, so they never found what I had shot. I was in a three-by-three metre cell that was meant for solitary confinement, but there were six of us, mostly activists, and that really helped lift my spirit.”

Because so many protesters were being jailed and shot, the new network decided to try something audacious.

“They thought, what if we go and protest right at the military headquarters, maybe they will protect us from National Security [crime intelligence] and the police and the militias. We were organising on WhatsApp and Facebook ... and there was a decisive moment,” said Kuka.

“An army officer, a captain called Hamid, decided he wasn’t going to sit by while we were attacked, and he and his troops fired back. The army had stood by us. It was being streamed on Facebook live, and everyone saw and started joining and the crowd grew and it became a sit-in and the protesters have refused to leave to this day.”

He describes what his comrades have told him happened after he had to leave for Germany – how restaurant owners came with food, a pharmacy sprung up to treat the wounded, a committee organised water and a man came with a giant TV screen attached to a car and the revolutionaries watched football the night before al-Bashir fell.

Some protesters organised a security committee.

“They searched everyone entering the protest for weapons and stopped three buses full of armed militias. It became our stronghold and safe space, where we have found consensus and where we will make the change, taking day shifts and night shifts and handovers in between.” Film maker Hajooj Kuka was one of the artists organising the protests Picture: hajooj kuka

The face of the revolution is “the singing protester”, a 22-year-old student called Alaa Salah. In her white robes, she climbed on to a car to speak to the crowds to tell them that young people also had something to say.

Reports have made much of the presence of women in the protests, but, said Kuka, “Women were always there, any strong protest always has a large number of women. There is a patriarchal Islamic respect for women. Police can’t touch the women. They would dress conservatively and, often if we were documenting protests and the police came, we would hand the women our phones and cameras and they would hide them in their clothing.”

Throughout our interview, the director of the award-winning and politically charged films Beats of the Antonov, a documentary, and Akasha, a war comedy, cannot hide the optimism that is bubbling in his voice as he speaks of the revolution of 2019.

We live in a world where facts and fiction get blurred
In times of uncertainty you need journalism you can trust. For only R75 per month, you have access to a world of in-depth analyses, investigative journalism, top opinions and a range of features. Journalism strengthens democracy. Invest in the future today.
Subscribe to News24
Related Links
Omar al-Bashir forced to resign as Sudan’s president
I’m a fighter: Refugee women use their voices through digital storytelling
Who is to blame for the violence in South Sudan?
Next on City Press
Is there a place for police in the future of South Africa?