Where have all the defenders of the ‘fire pool’ gone? 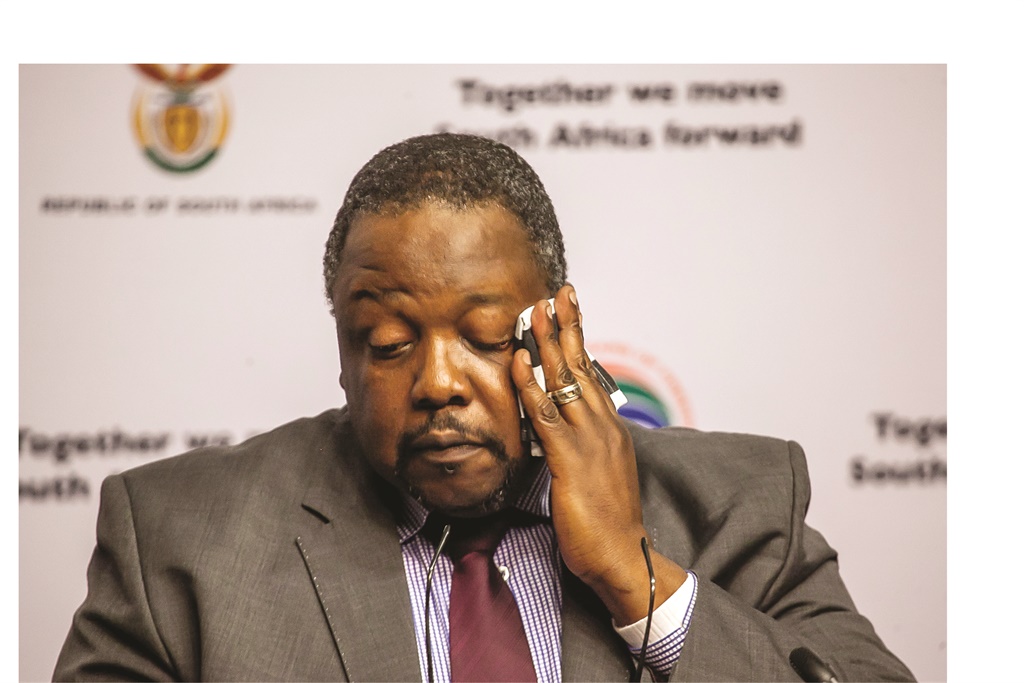 Who can forget the image of Police Minister Nkosinathi Nhleko sweating bullets as he told the nation why President Jacob Zuma should not pay back a cent of the almost R250 million spent on security upgrades at Nkandla?

The tide of perspiration coursing down the face of the man from Ndabayakhe could have filled a Jacuzzi as he changed the English language with his declaration that the swimming pool built for the head of state at his home in Nxamalala was, in fact, a fire pool.

It’s been seven months since Nhleko told the nation that “the fire pool and/or swimming pool is a strategic asset useful in firefighting and therefore is a security feature”.

When asked if the fire pool had become a swimming pool again, Nhleko’s spokesperson, Musa Zondi, this week said the minister “stands by his report”, while the spokespeople for other ministers in the security cluster kept mum on the matter.

The chicken run and cattle kraal were also, in the mind of the minister, security features, as they kept the animals “away from the security infrastructure”.

The amphitheatre, said Nhleko, using a nonexistent Wikipedia definition to back up his blarney, was not an amphitheatre at all, but rather had a “clear security purpose” as an “emergency assembly point” for people at the complex. The “soil retention wall” played the important security role of “holding soil and substrate”.

“It would be unimaginable that people would be seated in an aloe garden with an irrigation system – this could not be regarded as an amphitheatre under the circumstances,” he said.

Likewise, the visitors’ centre provided “distinguished guests” who were meeting with the boss “privacy and confidentiality” as there were “protocols that should be observed in hosting such meetings”.

Nhleko, losing liquid like a crackhead without a morning fix, then traced the history of the fire pool, complete with a cheesy video backed by classical music and a rather embarrassed team of firefighters using the swimming pool to fight an imaginary fire.

“In the original evaluation security report by the SA Police Service, the issue of firefighting capability was raised on page four thereof. The open water source, in other words, a fire pool, has therefore been a requirement at various stages from design to development and construction by different role players,” intoned Nhleko.

Arguing that the president did not unduly benefit from the project, as asserted by Public Protector Thuli Madonsela in her report, Nhleko said Madonsela had assumed competencies she did not possesses.

Nhleko wasn’t the only one to come up with creative arguments for redefining a swimming pool.

In his December 2013 report, Public Works Minister Thulas Nxesi argued that the fire pool was key for firefighting, citing an assessment that raised a “possible outbreak of fire, as most of the structures have thatched roofs and are close to each other”.

The now-suspended national police commissioner Riah Phiyega also waded in – telling Nxesi’s press conference that there were “no extinguishers or fire brigades” in rural areas and that the best way to fight fire was to “take a bucket, dip it in water and throw it on the fire”.

General Vijay Ramlakan, then the surgeon-general of the SA National Defence Force, was a little more ambiguous about the fire pool, but more nimble with his justification for why the state had to pay for the paving around the houses.

“Anybody who has ever been to Nkandla knows you should not wear high heels,” he said, because the paving was needed in terrain that could quickly become “inhospitable”, especially in the rain.

Ramlakan felt the air conditioning was also a security essential, as “anybody who has had to be [in a room] with bulletproof windows will know those windows cannot be easily opened”.

Both he and Phiyega felt the cattle kraal and chicken run were not just “nice-to-haves”, but were serious security assets that reduced the number of “false alarms” caused by roving livestock.

But the team that so eloquently argued that the president should not pay back the public money spent on these upgrades was quiet this week after Zuma threw them under the bus with his announcement that he had accepted financial responsibility, in line with Madonsela’s report.

Nxesi’s legal adviser, Phillip Masilo, said he would not comment, as the matter was before the Constitutional Court.

What do you think those who defended the president’s security upgrades should do now that he’s said he’d pay back some of the money?

SMS us on 35697 using the keyword PAY and tell us what you think. Please include your name. SMSes cost R1.50