White and young South Africans are the most hesitant to vaccinate 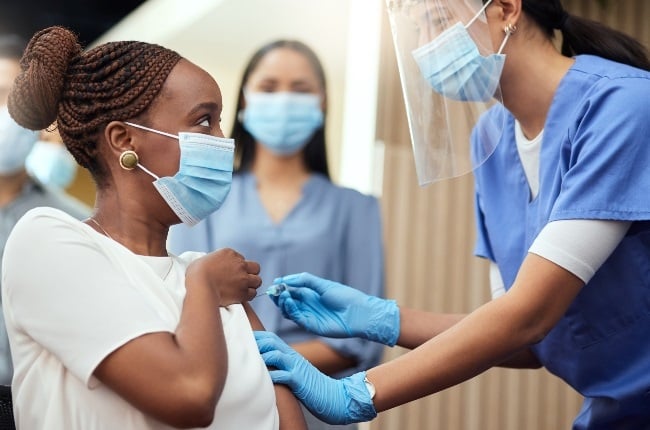 According to the findings from the University of Johannesburg and the Human Sciences Research Council, the black population was more accepting to be vaccinated. Photo: Getty Images
PeopleImages

Compared with their counterparts, white people in South Africa are the most hesitant to vaccinate against Covid-19, new research by the University of Johannesburg and the Human Sciences Research Council has shown.

The findings were revealed on Thursday during a webinar hosted by the Government Communication and Information System, led by Deputy Minister in the Presidency Pinky Kekana.

The webinar aimed to unpack recent levels of Covid-19 vaccine hesitance, explore the reasons for it and expand on the importance of improving health communication strategies using research data.

Yamkela Majikijela from the research council said that the majority of white adults who responded to the survey were hesitant to get vaccinated.

About 48% were hesitant compared to other groups and they were followed by the coloured population. The black population was more accepting to be vaccinated.

However, Majikijela added, the population group comprising people aged 18 to 34 were “more hesitant towards getting vaccinated as compared to the older age group, which showed that vaccine hesitance decreased with age”.

Women were also more reluctant than men to get the jab.

READ: Covid-19: Jabs for young pregnant women more than a month away

The data reveal that most of the people who were hesitant about the vaccine cited its supposed ineffectiveness and side effects as the reason, while others felt they were not at risk of contracting the virus and, therefore, did not need immunity against it.

“From our findings, 54% of our respondents supported employers who made the vaccine compulsory in the workplace, 13% were neutral and 29% were opposed. When it comes to having to provide proof of vaccination to access public places, 51% of adults supported it, 10% were neutral and 35% opposed it.”

Meanwhile, Kekana said government was aware that there had been widespread concern about people’s willingness to be vaccinated.

Vaccine hesitancy is preventing us from living beyond the pandemic and focusing on our economic reconstruction and recovery plan to rebuild our country. Having said that, we are nearing the halfway mark for adult vaccination, with almost half of South African adults having received at least one Covid-19 vaccination. This is nowhere near the 70% target that we estimated we would have by this stage.

It was anticipated that the country would achieve a 50% vaccination rate within the next few days. Five provinces have vaccinated more than 50% of their populations.

“People also don’t trust some of the communication from government, saying it is not technical enough. Generational differences, knowledge about vaccines based on where the information was sourced and political trust have emerged as the top three reasons for vaccine hesitancy, specifically in South Africa. Fear has also emerged as the biggest factor across all aspects of vaccine hesitancy, whether that fear is due to expiry dates of vaccines or health workers not sharing information,” Kekana said.

She added that rumoured adverse reactions, such as infertility, numbness and erectile dysfunction, were among the reasons some steered clear of being vaccinated.

“Infertility and erectile dysfunction existed for other reasons before the Covid-19 vaccination and they will continue to exist after. There is no evidence globally to indicate that it [is a side effect]. People with chronic conditions believe they will have permanent side effects, while pregnant women worry their unborn babies will be affected. And yet, once again, after studies were done, there was no indication that these vaccines specifically caused this. South Africa’s vaccine hesitancy can also be linked to an inherent belief system in traditional medicine umhlonyane [African wormwood] and umsuzwane [lemon bush], while alcohol is viewed as a preventative measure by those against vaccines.”