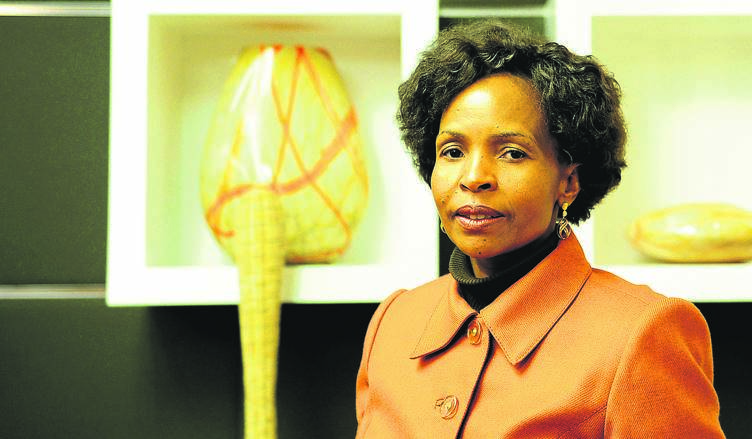 Corruption Watch has launched a blistering attack on Minister of Women, Youth and Persons with Disabilities , accusing her of “abusing and weaponising” disciplinary processes in order to facilitate corruption.

In a hard-hitting letter last month the corruption-busting body lashed out at Nkoana-Mashabane, denouncing her for allegedly abusing and weaponising disciplinary hearings when she was minister of rural development and land reform.

Corruption Watch has accused her of suspending disciplinary hearings and reinstating senior officials who had either been suspended or fired after being charged with fraud, corruption and maladministration.

Although no longer employed by the department, another official cited in the report is Vusi Mahlangu, a former employee whom the department fired in June 2016 following a disciplinary hearing.

In the letter, addressed to Thoko Didiza, currently minister of agriculture, land reform and rural development, Corruption Watch demands that an investigation into the “abuse and weaponisation of disciplinary processes” in the department be carried out. 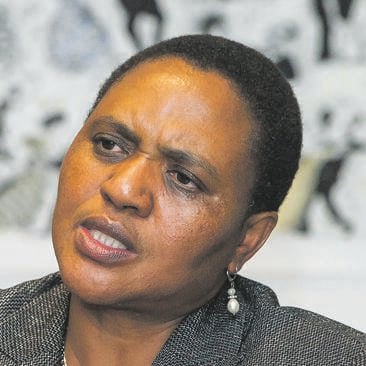 “We request that you urgently undertake an audit of all ongoing and suspended disciplinary processes to determine the reasons for the suspension of the processes and reversal of sanctions, in some instances, and the continuation and imposition of sanctions in others. In addition, we request that you investigate the circumstances under which dismissed officials were reinstated.”

Such an audit and investigation, the organisation said, was necessary to ensure that officials currently employed by Didiza’s department were not guilty of any financial or other wrongdoing and misconduct.

In the letter, Corruption Watch lambasted Nkoana-Mashabane, currently the minister for women, youth and persons with disabilities, saying her decision to reinstate the officials was “capricious and irrational” given the gravity of the charges on which the officials had been convicted.

Nkoana-Mashabane’s spokesperson, Shalen Gajadhar, said the minister was not responsible for reinstating any of the officials.

“Minister Maite Nkoana-Mashabane never took the decision to allow a single official to return to work. All officials referred to above were charged and dismissed before Minister Maite Nkoana-Mashabane’s time. They challenged their dismissals at the bargaining council. Those who returned won their cases through legal processes which did not involve the minister to take any decision in their favour.”

The letter’s authors, head of legal and investigations, Deborah Mutemwa-Tumbo, and the unit’s lawyer, Caroline James, said the weaponisation of disciplinary action served as a powerful disincentive to other employees who may seek to expose corruption in the administration of land reform projects.

Shabane returned to his position last week after he had been fired for serious financial misconduct in 2017.

Although he was reinstated by Didiza, whom President Cyril Ramaphosa appointed in the ministry following the general election in May, his return to work was facilitated by Nkoana-Mashabane and the former public service and administration minister, Ayanda Dlodlo.

Earlier this year Shabane, Nkoana-Mashabane and Dlodlo signed an agreement, the details of which are sketchy.

It set aside as unlawful and invalid his suspension, disciplinary hearing and sanction.

The letter shows that the department had axed Magoda some time last year.

“Magoda faced disciplinary charges in relation to a potentially corrupt relationship between herself and a strategic partner appointed for a project in the Western Cape and for the selection of that strategic partner and the project’s beneficiaries.

We understand that Magoda has been reinstated and is currently serving in the department.”

Of Modise, the letter said he “was dismissed in 2017 after forensic investigative reports and disciplinary proceedings found him guilty of mismanagement of a number of projects in the Free State. The charges related to the selection of strategic partners and acting in violation of the Public Finance Management Act (PFMA). We understand that Modise has since been reinstated to a position in the department,” Mutemwa-Tumbo and James said.

It was the same with Molefe, “dismissed in 2018 after being identified by the Special Investigating Unit as allegedly playing a role in the corrupt awarding of a tender to an ICT company. We understand that Molefe has since been reinstated to a position in the department,” Corruption Watch said.

Minister Maite Nkoana-Mashabane never took the decision to allow a single official to return to work.

All officials referred to above were charged and dismissed before Minister Maite Nkoana-Mashabane’s time.

They challenged their dismissals at the bargaining council.

Mbekeni was also dismissed last year after being “found guilty of misconduct by altering documentation to misrepresent the share allocation of a property in the Western Cape and so acting in contravention of the PFMA. We understand Mbekeni has since been reinstated to a position in the department,” the letter said.

City Press invited all the officials, through the department, to comment on Corruption Watch’s allegations.

None of them responded, and neither did the department.

Its spokesperson, Phuti Mabelebele, said Didiza had noted the letter from Corruption Watch and would respond to it.

The anti-corruption organisation has also raised questions about Mahlangu’s involvement in investigations in matters he has interests in.

In June 2016 Gugile Nkwinti, the department’s former minister, fired Mahlangu, among others, for his involvement in the handing over of a farm to Errol Velile Present, who was employed by the ANC in Luthuli House at the time.

Mahlangu is challenging his dismissal at the labour court. The case is currently under way.

Mkhwebane was last year asked to investigate if Nkwinti had influenced the handing over of the farm to Present.

In May Nkwinti rushed to the high court to interdict the release of the report.

In his court papers Nkwinti claimed that Mkhwebane had relied on evidence from Mahlangu, who was conflicted because he had an interest in the matter.

It their letter, Mutemwa-Tumbo and James said: “It is of particular concern that Mahlangu appears to be involved in investigations the office of the Public Protector is undertaking against Nkwinti (under whose watch Mahlangu was dismissed), and in connection with complaints made to the Public Protector in respect of the department. The cloud under which Mahlangu left the department should have disqualified him from any involvement in investigations with any connection to the department and the time he spent there.”

Mkhwebane’s spokesperson, Oupa Segalwe, said while Mahlangu had been interviewed when the investigation into Present’s farm was carried out, it was long before he was employed by the Public Protector.

We live in a world where facts and fiction get blurred
In times of uncertainty you need journalism you can trust. For 14 free days, you can have access to a world of in-depth analyses, investigative journalism, top opinions and a range of features. Journalism strengthens democracy. Invest in the future today. Thereafter you will be billed R75 per month. You can cancel anytime and if you cancel within 14 days you won't be billed.
Subscribe to News24
Related Links
Will Nkoana-Mashabane be called over ‘agonising’ Grace Mugabe immunity?
Nkoana-Mashabane: I defended your country
Next on City Press
Africa Day: Foreign nationals being used as scapegoats