Why KZN killings will not stop (now) 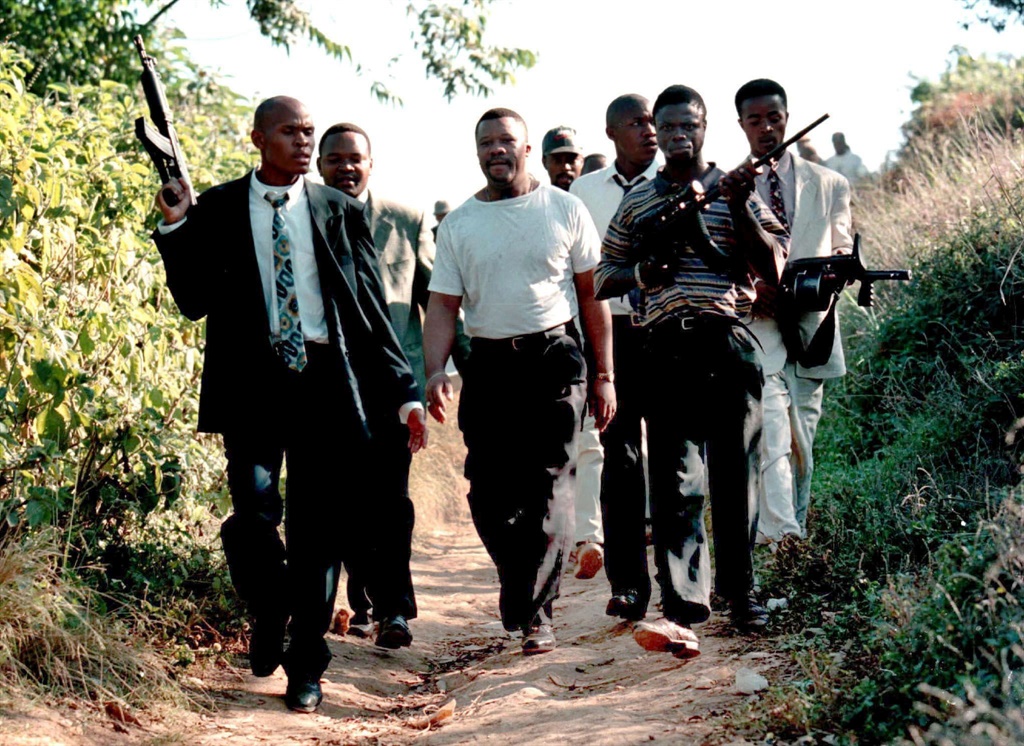 The death of former ANC Youth League secretary-general Sindiso Magaqa has, once again, cast the spotlight on political killings in KwaZulu-Natal. With pressure mounting from his supporters for justice to be served, authorities have taken on a new vigour in their hunt for the culprits, who gun down unsuspecting men and women with political ties.

Before Magaqa’s slaying, there was the murder of Kwazukwakhe Mkhize, a Ward 3 councillor from Mkhambathini Local Municipality. Mkhize was reportedly shot in the back several times by an unknown assailant. Mkhize’s murder was preceded by that of Ntokozo “Lithi” Maphumulo, a former ANC councillor from the lower south coast.

Maphumulo was ambushed outside his family home by men wearing police uniforms. A week before Maphumulo died, 30-year-old Sbongile Mtshali was shot at Glebelands hostel, bringing the body count there to 93 in two years. The hostel is now infamous for being an alleged hitmen’s den.

The violent deaths are nothing new in the province, which saw serious blood-letting in the run-up to the unbanning of the ANC in the late 1980s. It continued even after the watershed elections in 1994. This era of internecine violence has been referred to as both a civil and a low-intensity war, with an estimated 20 000 people losing their lives.

Townships, villages and sprawling informal settlements on the edges of cities were set ablaze. Streets were littered with gun-riddled bodies as supporters of the Inkatha Freedom Party (IFP) clashed with those of the ANC and the then United Democratic Front. They killed each other indiscriminately.

People who monitored the violence lost count of the number of massacres that took place. Academic author Maria Schuld writes that half of the estimated 20 000 deaths can be attributed to political violence through large-group violent attacks. “Attacks started as large groups sweeping an area and burning down houses, looting, stealing cattle, threatening, stabbing, beating and occasionally shooting people who did not flee in time,” she writes.

“An important example is the so-called seven-day war near Pietermaritzburg. Inkatha vigilantes were bused in to strategic assembly points and attacked the local communities with spears, knobkerries, sjamboks and guns to wipe out insurgent elements from the area ‘infiltrated’ by ANC comrades.

“Similar coordinated large-group attacks took place in the Durban townships, especially around migrant labour hostels. These violent attacks were an instrument of territorial control. People were systematically threatened to leave their houses and forced recruitment was frequently reported alongside such attacks.”

Large-group attacks were used not only against residents of a certain area, but also against people assembled at funerals and political rallies.

Assassinations in KwaZulu-Natal showed some distinct features. In the few cases where background factors are sufficiently known, killings took place in revenge cycles of “killing the killer”. They were carried out at night (mostly at the victim’s house) or in daytime and in public, in so-called drive-by shootings.

Instead of large groups using traditional weapons, small groups of professionals were said to be behind a large share of violent attacks in the early 1990s.

I do the hits on behalf of the hand that feeds me. I will kill for them because I come from a tradition that eliminates problems.

Premier Willies Mchunu says the violence from that era has made the province more susceptible to violence than any other. “This province has been the one most affected by internal violence. If you look at what happened in this province, violence started rearing its head when there was a struggle for liberation in South Africa, as well as the repression of that struggle by the apartheid regime,” he said.

A resident of the lower south coast, which remains a hotbed of violence, describes how normalised the war had become. “We lived in an IFP stronghold not too far from a predominantly ANC area. Guys from our area would cross over to the other side in the dead of night to attack people. The same would happen to our people. No one was safe.

“Families were burnt alive in cars as they made their way home. It was normal,” the resident said. “My sister was killed by soldiers who came to assist the ANC. Her husband was believed to be part of a vigilante group that had killed ANC people in a night attack. Her house was stormed by the soldiers and she was set alight with a body strapped to her back.”

Thousands of young people were trained and armed as special protection units for the IFP, and as self-defence units for the ANC. Tons of high-power weapons and grenades were brought into the province. Many of these were supplied by the apartheid police, who fuelled the violent confrontations. Decades later, the mention of warlords such as Richmond’s Sifiso Nkabinde – who was slain in 1999 and whose defection from the ANC to the United Democratic Movement sparked a bloody war between erstwhile comrades – still cause tensions in Midlands watering holes.

The singing of songs aligned with certain political figures will earn you a gun in your face. “KwaZulu-Natal had a war,” said one resident. “People got used to fighting. It is how things were resolved. It seems that it is how things will always be resolved.” Another resident added: “Other places don’t have that culture. Here, we kill people who mess with the food chain.”

Leaders in KwaZulu-Natal have lamented the fact that political killings in the province today are intraparty in nature. They are allegedly linked to contestations within the ANC. The killings generally gain momentum during election seasons. The SA Local Government Association has supported this claim, stating that the run-up to elections is characterised by an increase in assassinations.

An insider to ANC politics in KwaZulu-Natal pointed out a phenomenon whereby people, such as tenderpreneurs, killed incoming councillors so that their favoured people could remain and continue to give them access to tenders. “When there is political contestation, particularly at local government level – and you are going to remove the hand that feeds me, and come with someone else and their people – I am motivated not as someone who wants to contest the position, but rather as someone interested in who will occupy the position,” said the insider.

“So I do the hits on behalf of the hand that feeds me. I will kill for them because I come from a tradition that eliminates problems.”

We live in a world where facts and fiction get blurred
In times of uncertainty you need journalism you can trust. For 14 free days, you can have access to a world of in-depth analyses, investigative journalism, top opinions and a range of features. Journalism strengthens democracy. Invest in the future today. Thereafter you will be billed R75 per month. You can cancel anytime and if you cancel within 14 days you won't be billed.
Subscribe to News24
Related Links
Buthelezi calls for arms cache disclosure
Premier says violence and murder are normalised
Next on City Press
Young nurses' union on the road to demise as factional battles wage on