Why we failed: Attending school with 0% pass rate, missing classes due to unreliable transport 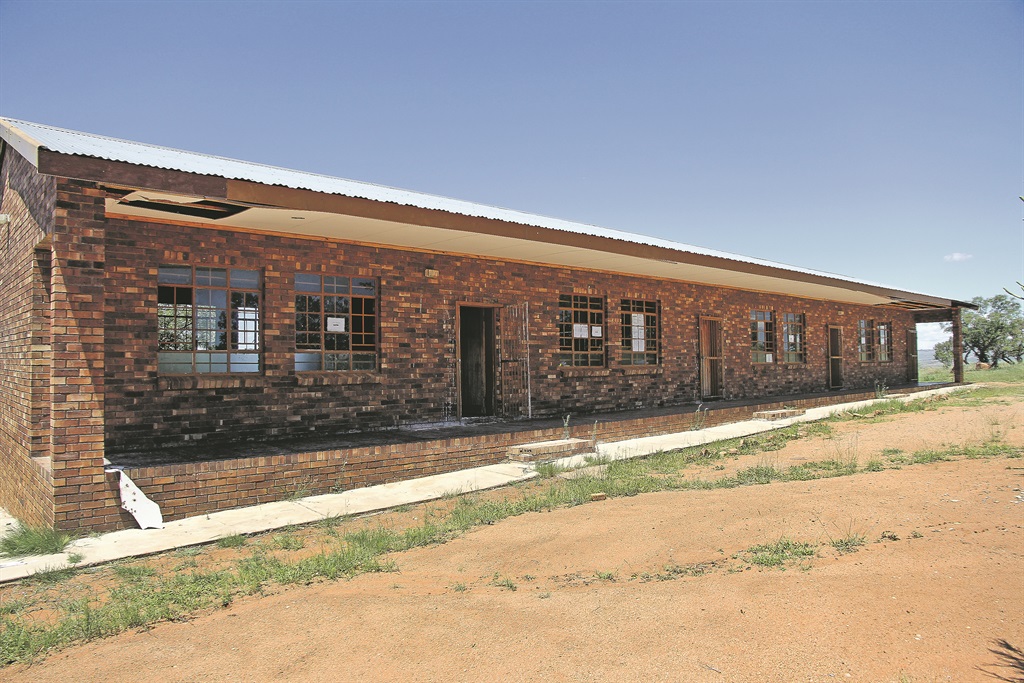 Ramoroke Secondary School in Selebaneng village is one of the three Limpopo schools that clocked up a zero pass rate in 2018 Picture: Rosetta Msimango

They attended one of the 12 schools around the country that scored a dismal 0% matric pass rate, missed crucial classes thanks to unreliable transport and had to cook their families’ dinner before they could hit the books.

It is little wonder, then, that Rebecca Mankge and Tiishetso Sekwati (both 21) didn’t pass matric last year.

Their school, Ramoroke Secondary School in Selebaneng village, 141km south of Polokwane, was one of three Limpopo schools that failed to obtain a single pass in 2018.

The remaining nine are in KwaZulu-Natal.

Parents said the Limpopo education department moved all Ramoroke’s children to Manyaku Secondary School in the neighbouring Mmotwaneng village in 2014.

The children we returned to their old school after their parents complained, but the matrics had to stay behind.

This led to Ramoroke’s five matric pupils attending Manyaku Secondary having to travel more than 10km return for classes daily.

However, the two who eventually qualified to write matric physically moved back to Ramoroke to write their final exams. Mankge and Sekwati blame their failure to pass on the Limpopo education department, which did not organise them proper and adequate transport, as well as on the conditions at home that left them with little time to study.

Mankge said she was always late for school because there was no transport. “Our buses would break down often and even the bicycles that we were given would have problems. I struggled to ride that bicycle,” she said.

Mankge said she would normally arrive at school at 7.30am. As a result, she missed out on crucial morning classes – starting at 6.30am – for her commercial subjects. These included Business Economics and Accounting, both of which she failed. Maths Literacy was also taught in the morning.

The only extra classes taking place after 3pm she would attend were English First Additional Language, Sepedi Home Language and Life Orientation. These would end at 4pm.

“I would return from school late and have to cook. I’d normally finish around 6.30pm. It’s only after cooking that I would find time to study at home, but even then I would have to wait until everyone was asleep. There is no privacy and space for me to study quietly,” she said.

Mankge lives with her unemployed father, Phineas, and mother, Elese Mhlanga, a community worker who earns a “couple of hundred rands” a month.

Sekwati also failed all her commercial subjects after arriving late for class.

She said she would be told to wait outside in the yard and only be allowed in during the lunch break at 11am.

“By then, I would have missed the first four periods and morning classes. When I left school after 4pm, I was expected to cook at home for my family before opening my books to study,” she said.

Mankge and Sekwati blame their failure to pass on the Limpopo education department, which did not organise them proper and adequate transport, as well as on the conditions at home that left them with little time to study.

She lives with her mother, Francinah, a community healthcare worker.

This year, Immanuel Mahlatjie (18) is the only grade 12 pupil who will be representing Ramoroke Secondary in the class of 2019.

“I will need study guides and some help to pay for my trips for weekend classes for me to succeed,” he said.

The odds are already stacked against him.

Rose Mankga, a school governing body member at Ramoroke Secondary, said an official from the Limpopo education department told parents during a meeting at the school on Wednesday morning that they would have to organise transport for their children to attend classes at Manyaku Secondary while the department made plans.

Their children did not attend school on the first school day, Wednesday, because of the meeting. Said Mankga: “This is the kind of attitude we have been getting from government. We are poor. Where are we going to get money from to pay for scholar transport? Last year we paid for two teachers to help out in lower grades because we could not get permanent teachers. It’s likely that our children will walk to school.

“In the past, some of our girls were raped while walking up a mountain while going to Manyaku Secondary. We’ve asked that our children be sent to Mokone-A-Mabula Secondary in Mabitsi, but the department says they have to send our children to the closest school.”

Mankga, who works as a cook at a local primary school, said she didn’t even earn R1 000 a month.

She said parents wanted their children returned to Ramoroke last year because they were failing at Manyaku, and now some of them were considering obtaining their children’s transfer cards to take them elsewhere.

Last year, Ramoroke Secondary had five pupils from grades 8 to 11.

There were four teachers: school principal PM Matemane and a temporary teacher who arrived in October.

Two teachers were hired by parents.

One of them, Thato Mahlatjie, employed to teach maths and perform administrative work at Ramoroke last year, passed her matric at the school in 2016.

She said villagers were poor, and either unemployed or working on farms or in the extended public works programme.

She decided to help her village after dropping out of Ekurhuleni West College in Germiston, Gauteng, because she could no longer afford the fees for her engineering studies.

“Ever since our lower grade pupils returned from Manyaku Secondary last year they have been doing well. This is what our parents want, to keep this school going.

“In the past, some of our girls were raped while walking up a mountain while going to Manyaku Secondary.

Limpopo education department spokesperson Sam Makondo said the school has not been formally closed and processes in terms of the law would have be followed.

The department had identified a service provider to transport pupils, he said.

None of the province’s districts of education had performed below 60%.

“This is the work we must build on moving forward into this academic year,” he said.