Struggle veteran Winnie Madikizela-Mandela died at the age of 81, at the Netcare Milpark Hospital, Johannesburg, on Monday.

Books, movies and operas have been made about one of South Africa’s most well-known, mysterious, yet endearing women. City Press looks back at a remarkable life: Winnie Madikizela-Mandela and her former husband, the late former president Nelson Mandela. More than 25 years ago, Madikizela-Mandela stood trial on eight counts of kidnapping and assault over the death of Stompie Seipei. Picture: Media Lybrari A picture of a young Madikizela-Mandela, already displaying the elegance that would make her an icon of style. In this November 1997 file photo, Madikizela-Mandela listens to evidence at the Truth and Reconciliation hearings in Johannesburg. Prosecutors had exhumed a mass grave of paupers to find the remains of two would-be freedom fighters, hoping tales from the grave could help resolve a 25-year-old case about the disappearance of two young men last seen at her home. The TRC Commission concluded she should be held responsible for the disappearances of Lolo Sono, (21) and Siboniso Tshabalala (19). Picture: Odd Anderson/AP 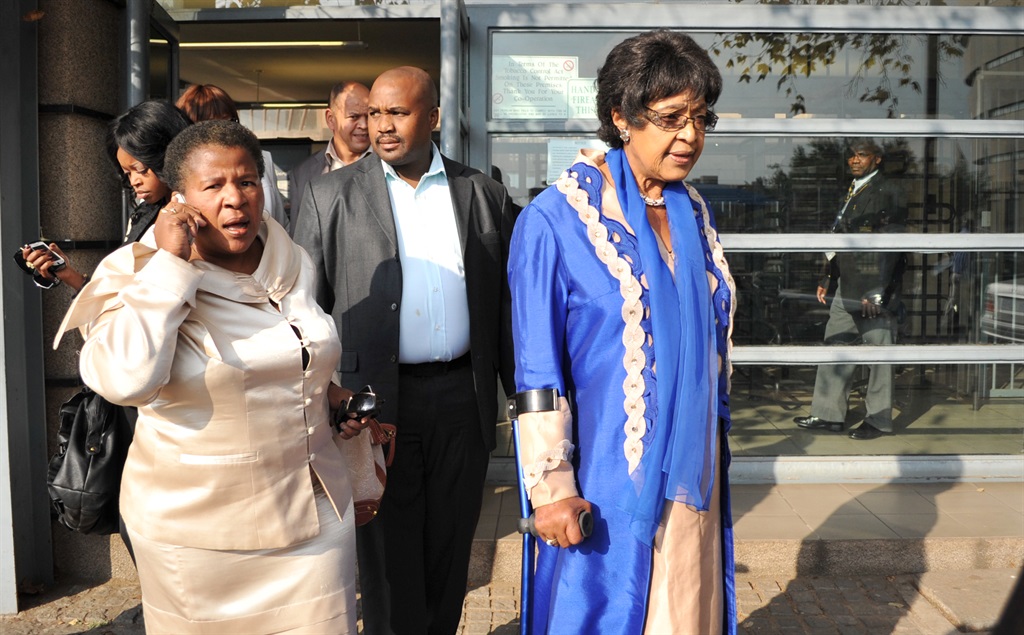 Madikizela-Mandela attends the hearing of Sizwe Mankazana, who appeared in the Johannesburg Magistrates’ Court in 2012 on a culpable homicide charge following a car accident in 2010 in which Nelson Mandela's great-granddaughter Zenani died. Mankazana was the driver of the car. Winnie Madikizela-Mandela, her daughters Zindzi and Zenani, and the child's mother Zoleka attended the hearing. Picture: Lucky Maibi Madikizela-Mandela and Mandela’s new wife Graca Machel kissing before the opening of Winnie – The Opera at the State Theatre in April 2011. The opera depicted Madikizela-Mandela facing accusations that she helped a gang of young men terrorise Soweto in the late 1980s. Picture: Sizwe Ndingane/Pretoria News In this 2012 photo, Madikizela-Mandela talks to the staff of the Nelson Mandela Foundation about her best-selling book, 491 days: Prisoner number1323/69. Picture Felix Dlangamandla In this photo taken July 18, 2004, Madiba is flanked by his wife Machel (left) and his former wife Madikizela-Mandela on his 86th birthday party in Qunu. Madikizela-Mandela was back in the spotlight as investigators re-opened murder dockets about the fate of two young activists last seen at her home. Picture: Debbie Yazbek/Star file/AP Photo 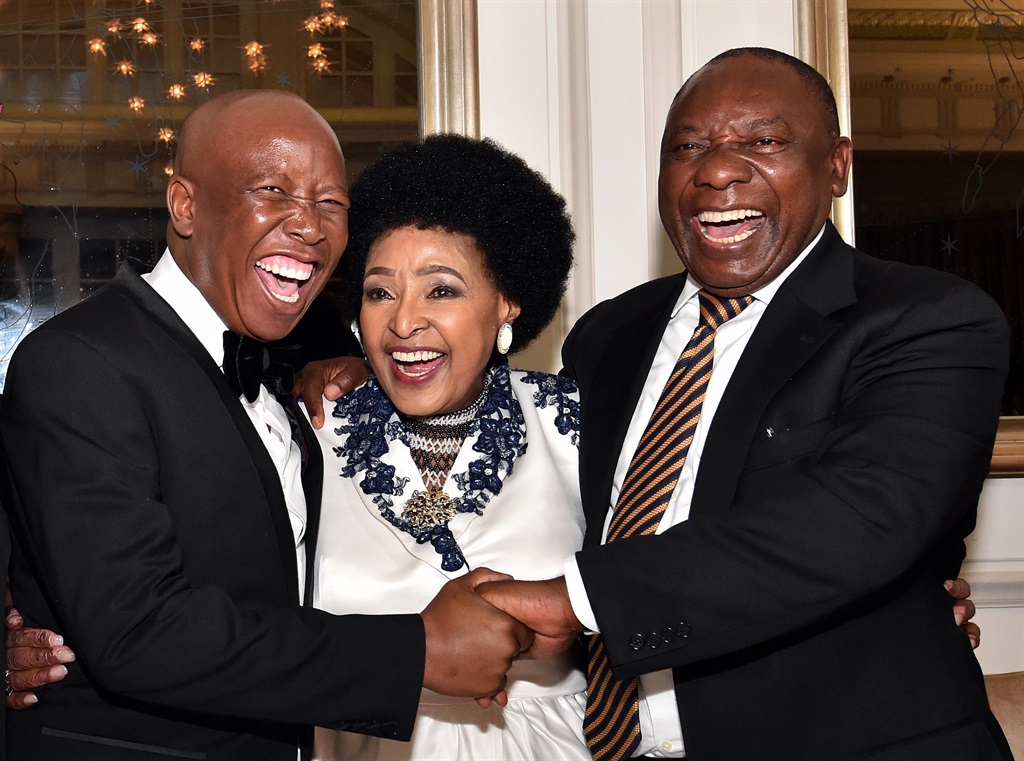 Madikizela-Mandela attends the opening of Parliament and the State of the Nation in February 2014. Picture: Lulama Zenzile 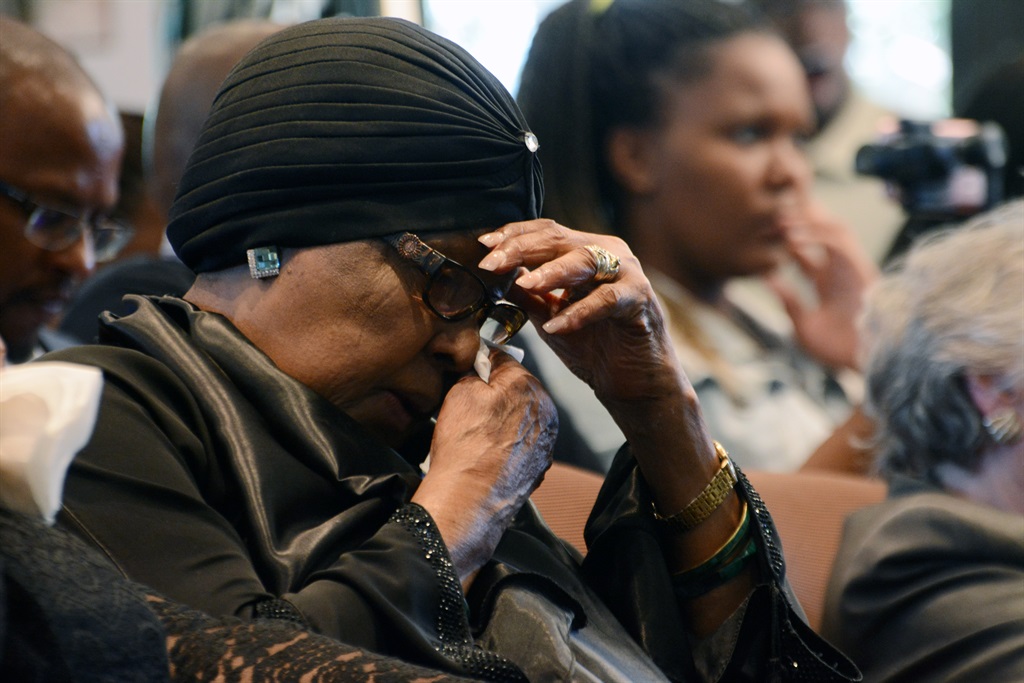 An emotional Madikizela Mandela gives a eulogy during the funeral of anti-apartheid stalwart and women's rights activist Fatima Meer at Durban's Exhibition Centre in 2010. Madikizela-Mandela had a very close friendship with Meer spanning close to five decades. Picture: Rajesh Jantilal Machel and Madikizela-Mandela at the Mthatha Airport during the arrival of the remains of Madiba in Mthatha in 2013. Picture: GCIS Ramaphosa embarked on an intense voter registration drive in Soweto in March 2018, and he and Gauteng Premier David Makhura visited Madikizela-Mandela at her home. Picture: Felix Dlangamandla/Netwerk24
We live in a world where facts and fiction get blurred
In times of uncertainty you need journalism you can trust. For 14 free days, you can have access to a world of in-depth analyses, investigative journalism, top opinions and a range of features. Journalism strengthens democracy. Invest in the future today. Thereafter you will be billed R75 per month. You can cancel anytime and if you cancel within 14 days you won't be billed.
Subscribe to News24
Next on City Press
Manqele parole: Flabba’s brother is okay with his killer’s release