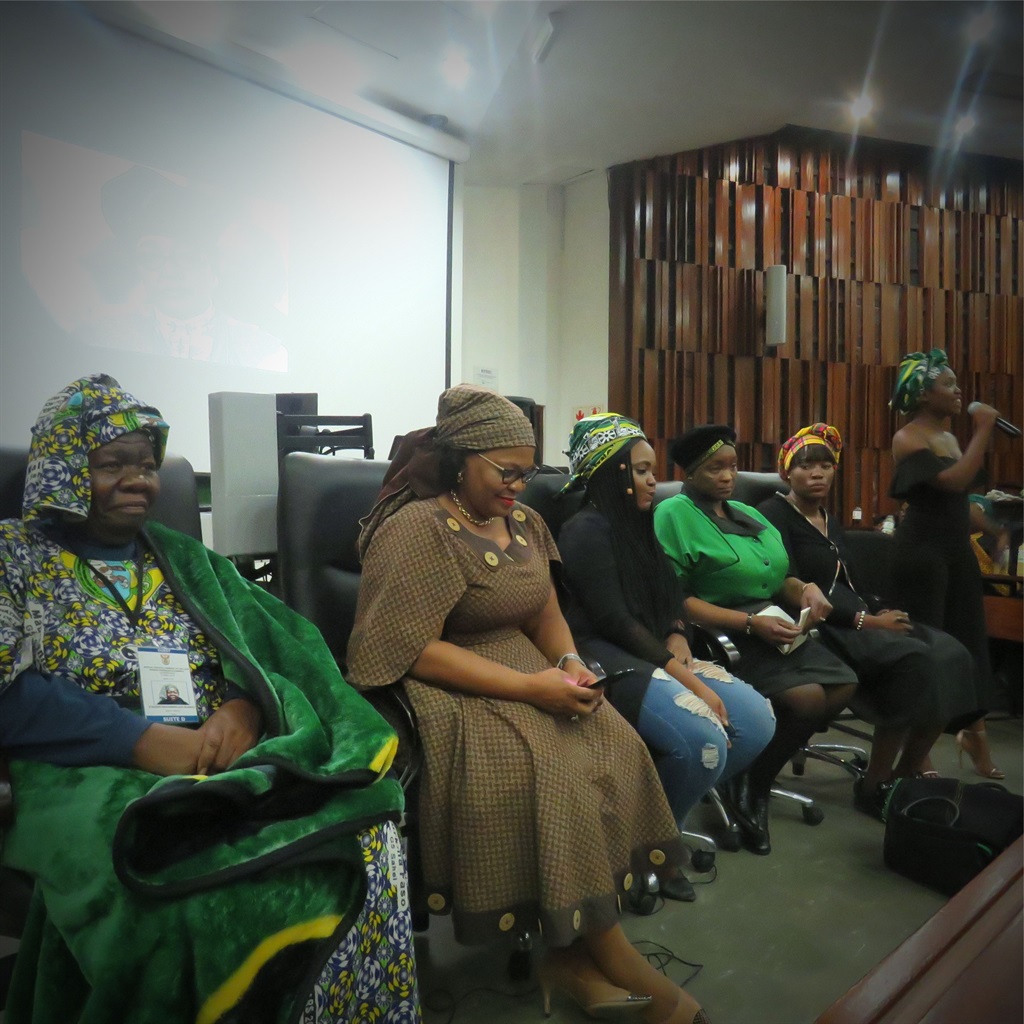 The ANC Women’s League Young Women’s Desk in collaboration with the Wits ANC Youth League hosted a screening of the WINNIE documentary on Thursday afternoon, in memory of Mama Nomzamo Madikizela-Mandela at the University of Witwatersrand.

The screening was followed by a panel discussion which consisted of the President of the ANC Women’s League and Minister in the Presidency responsible for women, Bathabile Dlamini, together with the Minister of Communications Nomvula Mokonyane and University of Pretoria ANCYL chairperson and political science graduate from Tholithembelihle Ngwenya and the National ANCYL deputy secretary Thandi Moraka and Winnie’s spiritual mother, ‘Queen Mother’, Dr Blakeley.

The documentary, which won French filmmaker Pascale Lamche a Sundance award showed a timeline of Madikizela-Mandela’s life, during her time as one of the forefront leaders and fighters of the apartheid government.

It showcased her experiences in the struggle against the apartheid government and her fights on the front lines and underground.

It also included interviews with Madikizela-Mandela and those who sought to discredit her, particularly during the apartheid years.

One of the revelations from the documentary was how the ANC allegedly gave Nelson Mandela an ultimatum to divorce her or lose the presidency. A lot of the footage and narration by Madikizela-Mandela and her youngest daughter Zindzi Mandela, gave audience members a different understanding of her role which in many instances went unreported and unrecorded.

At the end of the screening a panel discussion took place under the theme, She Multiplied.

ANCWL President Bathabile Dlamini told those in attendance that “after Saturday, the burial of Mama, we must see Nomzamo’s multiplication.”

Dlamini emphasised how activism must not be ceremonial.

“You have power. You are brilliant, in retrospect you can do more than men, as women we must stop undermining our power,” Dlamini said.

She added that, “In the ANC there are more women than men. But when you look at leadership there are far less women than men because we have internalised this untrue idea of being less than”.

She also warned women on internal conflict and disunity.

“You must be cautious of being used by men to fight other women. Men will use us against each other because they know they don’t have capacity to fight us themselves.

“At NASREC patriarchy showed itself, the framing of the media is patriarchal at the end of the conference because some of us who chose to stand up and have our voices heard, we were framed as being ‘otherwise’ by the media.

"I and Nomvula were in the spotlight for standing up and defending igama lamakhosikazi (the name of women) because society wants to frame us from a patriarchal point of view,” she said.

During the conversation an audience member asked what the idea was behind Thuma Mina (Send Me) – a theme that framed President Cyril Ramaphosa’s State of the Nation Address in Cape Town in February.

“Where am I being sent to and how do I get involved in the structures of the ANC, more so the Women’s league?” the audience member asked.

Minister of Communications Nomvula Mokonyane responded with: “The idea of Thuma Mina is not new to the ANC, in fact for me the greatest model of it was Mama Winnie Madikizela-Mandela.

"Mama understood that the struggle is born out of selflessness and that activism starts with consciousness.

"You cannot be sent anywhere if you are not conscious of your position in society and its systems, you must understand it first.

"Mama was a freedom fighter, because of her consciousness she was able to know her role next to systems that sought to silence and oppress black people and women”.

Mokonyane warned those in attendance against being victims of a bottom-up mentality.

“You must not aspire to be connected and acquainted with leadership but do the work in branches and stand for something,” she said.

"Mama was a thinker; we would lie in bed and think through things. I’ll be writing about her, young women must do studies about her.”

University of the Witwatersrand Dean of Students Dr. Puleng Lenka-Bula told City Press: “I am really grateful for students who organised the celebration of the life of Mama Winnie Mandela.

"It’s important for universities to identify and celebrate pathfinders and leaders in our societies and she was one of them.

"She spoke truth to power even when it wasn’t fashionable to do so. She represented not only women but men, children, the voiceless, excluded, and the poor.

"And I commend students for being at the forefront and bringing themes that are important in our society,” Lenka-Bula said.

One of the organisers of the screening was Wits SRC member and ANCYL Wits coordinator Palomino Jama.

“It was really important that we show students those things because often times we allow the media to narrate who our heroes are to us.

"The documentary dispelled a lot of mistruths about uMama. The screening was not absolute, and so it was nice to have Mama Bathabile and Nomvula to fill in the gaps where it left. As young black people I don’t think we have an accurate documentation of #FeesMustFall and 50 years down the line we don’t want to look back in regret because of misrepresentation.

"As young black people in activism we need to take a more conscious effort to document our own movement,” Jama said.

Bathabile Dlamini told City Press: “It was important for us to attend this event and speak to young activists women who are leaders in their own rights, but also speak to gender sensitive young people.

"This generation has a greater understanding of economic and political freedom. My hope is that young women are very radical I’ve been working with them and they have surpassed our stage of enjoying national freedom, they are able to compare national liberation with non-sexism.

"We stand a better chance to have young women who understand struggles of all women in their diverse identities and realities,” Dlamini said.

We live in a world where facts and fiction get blurred
In times of uncertainty you need journalism you can trust. For only R75 per month, you have access to a world of in-depth analyses, investigative journalism, top opinions and a range of features. Journalism strengthens democracy. Invest in the future today.
Subscribe to News24
Related Links
We were praising the wrong Mandela – SA’s anger over Winnie doccie
Winnie Madikizela-Mandela's documentary to be aired on eNCA
Winnie doccie lands director top prize at Sundance
Next on City Press
How will SA fund Covid vaccines? Treasury suggests raising taxes