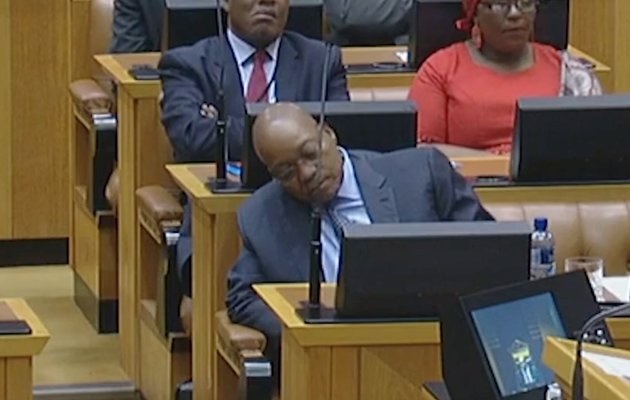 What are the chances that members of Parliament may not be receiving a salary increase this year? Better than you think.

For the past four years the recommendations of the independent commission for the remuneration of public office bearers have all been implemented.

Consequently, MPs have received annual increases of between 5% and 6% since 2012.

But this year, the independent commission has recommended a zero-percent salary increase for people like MPs and traditional leaders, for the 2016-2017 financial year. With the burgeoning economic constraints that loom over the country’s head, coupled with the #FeesMustFall movement, calls have been made by citizens to find money within National Treasury in order to accommodate these needs.

The commission, which was set up as an independent body to facilitate the framework for determining the salaries, allowances and benefits of certain public office bearer positions, obtains its mandate from:

» The Independent Commission for the Remuneration of Public Office Bearers Act; and

In order to meet the mandate, the commission has to ensure that the recommendations which are put forward meet the standards of the current economy, so as to avoid any mishandling or mismanagement of the budget allocation.

Some of the following budgetary constraints have been outlined in the recommendation which has resulted in the no-adjustment towards salaries:

» The upward pressure on food prices and higher petrol prices were expected to push the consumer price index above the 6% target ceiling in the first half of 2016.

» Minister of Finance Pravin Gordhan indicated that the public sector wage agreement led to a compensation shortfall of R12.2 billion in the 2015 fiscal year and an expected R20.6 billion in 2016-2017; and

» Significant increases in remuneration above inflation and the resulting increase in real disposable income may also lead to further price inflation as the demand for goods and services increases.

The consultations took place between May and August this year, with Gordhan emphasising the issue of the deteriorating state of the South African economy and the increasing constraints exerted on the fiscus.

Gordhan highlighted the positive effect that the previous recommendation had on managing the budget, even though it was below the inflation rate.

» All members of the national executive and deputy ministers;

» All members of Parliament;

» All members of provincial executives and legislatures;

» Local government: positions of executive mayor to whip; and

Some MPs have welcomed the move.

The DA’s John Steenhuisen and the Congress of the People’s Dennis Bloem spoke to City Press about the recommendation.

Steenhuisen said that the recommendation was not something they had a say on, and that was the way it should be.

Bloem said the recommendation had been welcomed by the party.

But the ANC, which makes up the majority of MPs in Parliament, was mum.

In a City Press poll on social media platform Twitter yesterday, 70% of respondents said it was “about time” that public office bearers did not get a raise.

About 23% believed they should at least get a raise that was in line with inflation, and 7% said “shame man, they work hard”.

ANC Youth League Deputy President Desmond Moela on Sunday called for the ANC to integrate “young blood” into relevant structures of the ruling party saying: “There are problems because you have these people always sleeping in Parliament.”