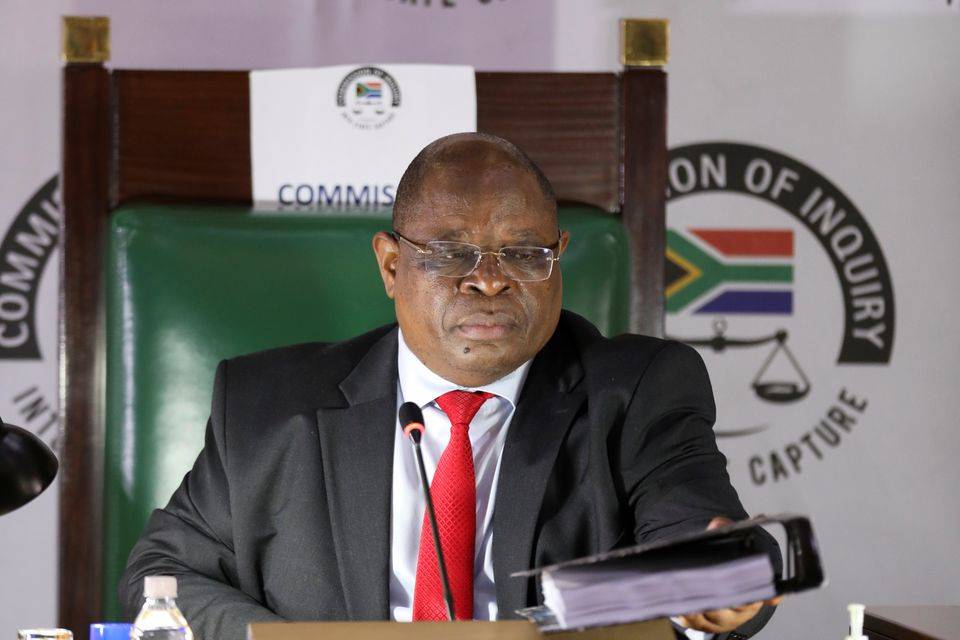 Years of state capture have systematically exposed the flaws and weaknesses in the public procurement system and Deputy Chief Justice Raymond Zondo has proposed ten interventions to “restore proper standards and discipline within the procurement system.”

His first report of the Judicial Commission of Inquiry into Allegations of State Capture – set up to investigate state capture, corruption, and fraud in the public sector – found that criminals had exploited weaknesses and flaws in the system to cause lasting damage to the economy.

In turn, he said, this affected “the promise of service delivery so fundamental to the betterment of our society”. The state capture conversation has dominated the national discourse in recent years and its effect has been negative.

There is a loss of confidence both in government and political parties as well as in the business sector, compounded by frustration at the lack of accountability for wrongdoing.

“In the view of the commission it is more than time to take steps to restore broken trust and the first step which needs to be taken in that direction is for all sections of society to jointly endorse a national commitment to eliminate corruption in public life and in the procurement of goods and services.”

To that end, said Zondo, the commission recommended that a National Charter against Corruption incorporating a standardised Code of Conduct be adopted by the government, the business sector, and relevant stakeholders.

“The national charter should be signed by or on behalf of the president and the cabinet; the provincial premiers and members of the provincial cabinets; the local authorities; all state-owned enterprises; the political parties represented in parliament; constitutional entities; the institutional representatives of the business sector; listed public companies and trade unions.”

The intervention would require “the establishment of a single, multi-functional, properly resourced and independent anti-corruption authority with a mandate to confront the abuses inherent in the present system.” That authority could be called the Anti-Corruption Authority or Agency of SA (Acasa) and could be modelled along the lines of the Competition Commission.

The agency or authority, like the Competition Commission structure, must include specialised departments with particular mandates but which collectively represent a comprehensive response to the challenges which arise.

The government would have to introduce legislation for the establishment of an independent Public Procurement Anti-Corruption Agency (PPACA), which would constitute the agency as “an independent body subject only to the constitution and the law; which has jurisdiction throughout the Republic; which is impartial and must perform its functions without fear, favour or prejudice.”

The new agency would be financed from money that is appropriated by parliament for the agency; fees payable to the agency by all tenderers for public procurement contracts and money received from any other source.

READ: SA vows at UN conference to fight corruption by all means

He said it was fundamental that the new agency be independent. “There has, however, been a lengthy judicial debate on the question of whether such independence can be achieved within a government department or by an entity under ministerial control.

He said a similar debate had been considered leading to the formation of the Hawks, but the evidence before the commission showed that the Hawks had also been captured:

South Africa requires an anti-corruption body free from political oversight and able to combat corruption with fresh and concentrated energy. Public trust will not otherwise be re-established in the procurement system.

The ultimate responsibility for fighting corruption in public procurement cannot again be left to a government department or ministerial control.

“What is required are specialised oversight and monitoring authorities which operate upon the basis that they are independent in the full and untrammelled sense, in other words that they are subject only to the constitution and the law.

“This also implies that the choice of officials who will lead and staff such bodies is not left in the discretion of the government. Such appointments must be in accordance with a transparent procedure in a public process.”

It was also required that the new agency be properly resourced and to interact with other associated agencies.

According to the report, the government should pass legislation to protect anyone reporting corruption, fraud, or undue influence in public procurement. The introduction of deferred prosecution agreements, by which the prosecution of an accused corporation can be deferred on certain terms, also required new legislation.

Another new law to be considered should deal with the duties and responsibilities of accounting officers or authorities to insert a provision which reads:

Zondo also proposed amending the prevention and combating of corrupt activities act, and the political party funding act, as well as a new law to centralise some aspects of public procurement.

THE CASE FOR REFORM

The public procurement sector cannot defend itself against those who control the levers of political and state power; the excessive decentralistion of our sprawling procurement system which has outrun the collective capacity to manage or operate it efficiently.

Zondo said this was in “the absence of robust, detailed and intrusive monitoring of the system undoubtedly facilitates corruption and inefficiency and helps to mask abuse; the exclusion of meaningful private sector involvement in formulating policy and in the implementation of policy weakens the procurement system, lessens its transparency and facilities corruption.”

“The absence of accountability makes the system unworkable, corrupts those who operate within that system and establishes and embeds criminal relationships involving commercial entities and public officials, and implicates political party funding,” said Zondo, adding that problems as fundamental as these were not capable of easy solutions.

“The process of reform requires a coherent and comprehensive plan of action which needs to bring the public and private sectors together in a joint initiative to restore proper standards and discipline within the procurement system.”