Zuma asked for a board meeting to be postponed – Mokholo 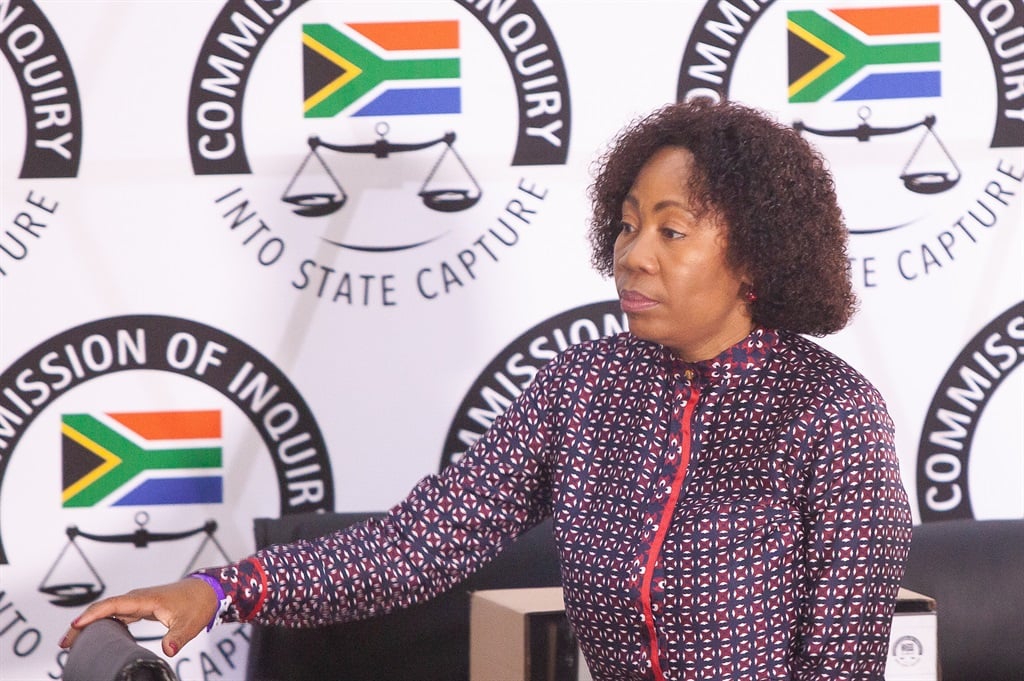 Former acting director-general (DG) in the department of public enterprises Matsietsi Mokholo has told the state capture commission that former president Jacob Zuma instructed her to call the then chairperson of the Eskom board, Zola Tsotsi, to postpone a board meeting that was scheduled the following day.

During her hearing on Thursday, Mokholo said that, one night while travelling to a hotel after work, she received a call from Zuma telling her in isiZulu to pass on this information and await further instructions.

She said Zuma had told her that he had tried to call minister Lynne Brown, who was on a work trip abroad, and the deputy minister but couldn’t find them and had thus resorted to calling her.

“I wanted to explain that we didn’t get involved in board meetings and that I was not aware that there was one the following day, to which the president responded that he was not asking, he was informing me that there was a meeting the following day at Eskom and, because he had been unable to reach the minister and deputy minister, and I was the acting DG, he would like me to call the chairperson and ask him to postpone the meeting,” Mokholo said.

She went on to say that, before she had called Tsotsi, she had tried to call the minister but she could not get hold of her.

He said I will be contacted by the acting DG with regard to that as he was just giving me a forewarning that the meeting was not going to take place.
Then chairperson of the Eskom board Zola Tsotsi

However, when she did speak to Tsotsi, he wanted to know the reasons behind the instructions and was persistent that the meeting should go ahead, but all she could say was that the minister would provide reasons once she was back from the trip abroad.

Deputy Chief Justice Raymond Zondo then asked her: “Is it fair to say you did not want to tell him that the president had anything to do with this request, unless you were pushed into a corner?”

I didn’t understand the reason I got a message from the president to this effect.
Zola Tsotsi

During his testimony at the commission, Tsotsi said he had received a call from Zuma stating that he had been trying to get in touch with then minister Brown and he had not been successful.

He had also tried to find the deputy minister but didn’t find them either, so he called the acting director-general at the time, who was Mokholo.

“He said to me the meeting tomorrow will not take place. He said I will be contacted by the acting DG with regard to that as he was just giving me a forewarning that the meeting was not going to take place,” said Tsotsi at the time.

He said: “I didn’t understand the reason I got a message from the president to this effect. I felt I needed to raise the issue with the minister. I could have asked him why he wanted the meeting postponed but I felt that, in terms of my communication to the board, I would have had to have consulted the minister.”

We live in a world where facts and fiction get blurred
In times of uncertainty you need journalism you can trust. For only R75 per month, you have access to a world of in-depth analyses, investigative journalism, top opinions and a range of features. Journalism strengthens democracy. Invest in the future today.
Subscribe to News24
Related Links
Eskom’s gross debt rises to R480bn
Move Eskom debt to state balance sheet, says ex-Goldman head
Eskom defers disciplinary action against Jan Oberholzer – but he is not off the hook yet
Next on City Press
Seasoned journalist Karima Brown succumbs to Covid-19

Choose a newsletter
Voting Booth
The EFF has sent a legal letter to President Cyril Ramaphosa’s office, demanding that the lockdown regulations be relaxed to allow political gatherings in compliance with all Covid-19 protocols. The party said that regulations prohibit political campaigning and activities in preparation for this year’s local government elections.
Please select an option Oops! Something went wrong, please try again later.
Like church members, political party members should gather
21% - 32 votes
I fear the third wave
43% - 67 votes
Hold off on the elections
37% - 57 votes
Previous Results
The best of 2020
forsubscribers
Can you guess who featured in our most popular articles from 2020?