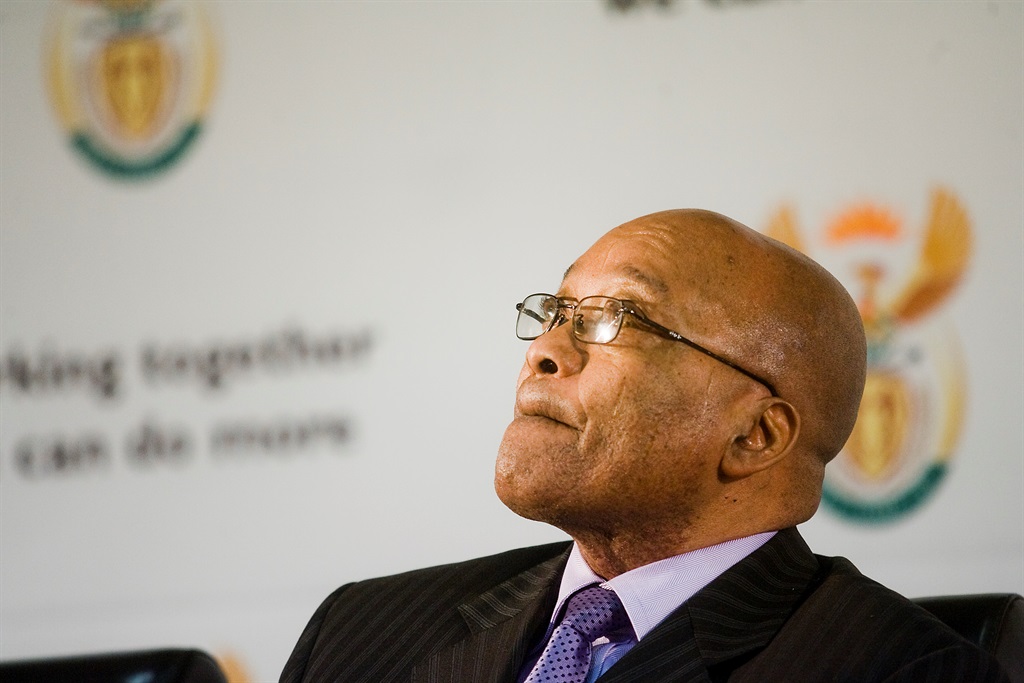 The alleged R1 million-a-month “salary” from a controversial tender mogul did not feature anywhere in President Jacob Zuma’s declarations of interest.

But he did declare a tea set from Sudan’s President Omar al-Bashir, bottles of wine from Russia’s Vladimir Putin, and a gold watch from the UAE government.

A book by former Media24 investigative journalist Jacques Pauw, The President’s Keepers, claimed that Zuma pocketed a “salary” of R1 million a month from Royal Security, a company owned by Roy Moodley, without declaring it to the South African Revenue Service.

Zuma denied in Parliament that he received any undisclosed money from private individuals or companies during his term as president.

When he was asked the question in the National Assembly by Democratic Alliance leader Mmusi Maimane, Zuma retorted: “I don’t think it is my job to answer books.”

Read: It’s not my job to answer books – Zuma on ‘monthly millions’

Maimane requested access to the president’s declaration of interests for the years 2009-2017, and viewed the documents today.

“Zuma did not declare any salary earned in the 2009-2010 financial year in the register of his financial interests,” Maimane said.

“The only mention in the register of Roy Moodley was the president’s use of Moodley’s Durban beachfront property in 2016.”

“Also, when a member makes a disclosure, the member must confirm in writing to the secretary that the member receives no remuneration other than as a member of the executive,” said Maimane.

Maimane said he would submit an application in terms of the Promotion of Access to Information Act to gain access to Royal Security’s employment records for the 2009 year.

Royal Security was owned by Moodley, whom Maimane termed Zuma’s “close friend and tenderpreneur”, during the first months of his presidency in 2009.

Maimane said he would also lay a complaint with the Public Protector, Busisiwe Mkhwebane, asking her office to investigate the matter.

He would also ask Mkhwebane to investigate the following, which were not disclosed either:

• The alleged funding of the president’s birthday bashes in 2015 and 2016, by Bosasa, to the estimated value of R3.5 million; and

• Any income or benefits received in relation to the non-security upgrade at Nkandla, including the loan extended by VBS Mutual Bank. This despite the president telling Parliament that he did have a loan in respect of Nkandla.

These were among the president’s disclosures

• A hibiscus tea set from Sudanese President Omar al-Bashir in 2014, a year before the South African government allowed him to flee our country in violation of a high court order and a warrant for his arrest from the International Criminals Court;

• Four bottles of Merlot wine from Russian President Vladimir Putin in 2016, the first and only mention of Putin in the register;

• A gold watch from the UAE government in 2011, the value of which was not disclosed; and

We live in a world where facts and fiction get blurred
In times of uncertainty you need journalism you can trust. For only R75 per month, you have access to a world of in-depth analyses, investigative journalism, top opinions and a range of features. Journalism strengthens democracy. Invest in the future today.
Subscribe to News24
Related Links
Our Guptanation: Where nukes are hot, and Julius is more popular than Zuma
The nightmare might not end with Zuma’s term – Kasrils
‘Parly’s not a President’s Keeper’ – court to hear ‘spy tapes’ costs case
Next on City Press
Rights commission takes Mkhwebane’s report on irregular appointment under review

Listen to our latest podcasts.
Voting Booth
With less than two weeks to go to election day, political parties are ramping up their campaigning, bringing out influencers and celebs at their rallies. Do you think bringing out DJs, celebs and musicians will work to win votes?
Please select an option Oops! Something went wrong, please try again later.
I'm not influenced
90% - 89 votes
A gig is gig
6% - 6 votes
Need more of it
4% - 4 votes
Previous Results
The best of 2020
Can you guess who featured in our most popular articles from 2020?