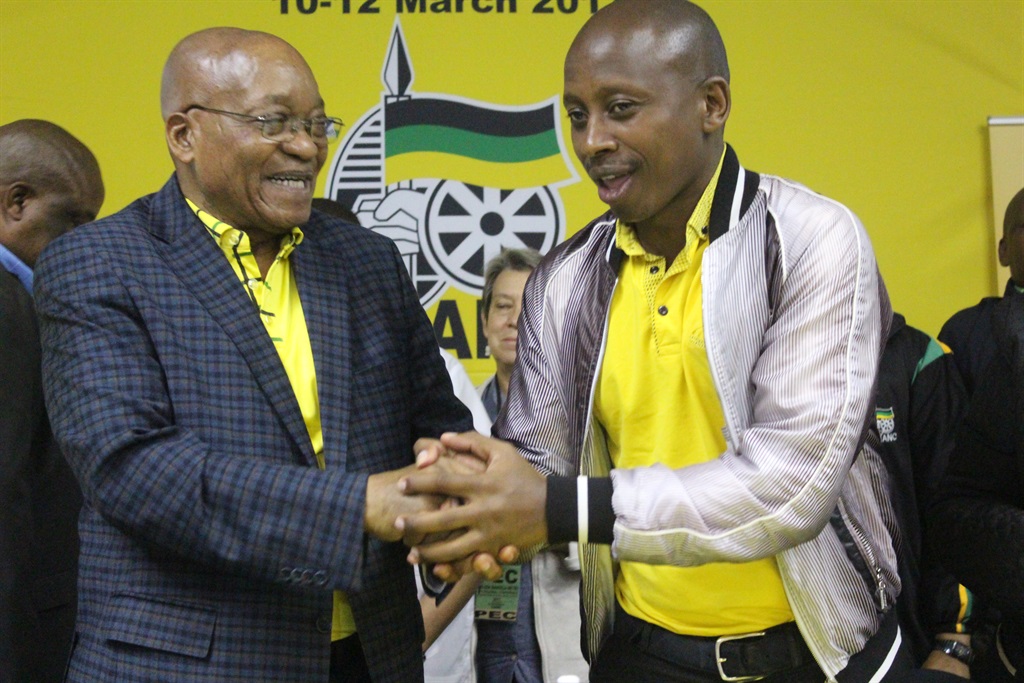 President Jacob Zuma has endorsed Andile Lungisa as “king” of the Nelson Mandela Bay regional conference – and Lungisa’s surprise U-turn on standing for election was reportedly because of a call from Number One himself.

City Press has been reliably informed that following Lungisa’s decision to decline his nomination as chairperson on Saturday, a call came through from the top office, prompting him to stand.

The call was allegedly made by Zuma, despite a letter written by ANC secretary-general Gwede Mantashe, warning about contestants against holding multiple leadership positions in the ANC.

Zuma made a special visit to the Port Elizabeth conference venue, arriving with a heavy entourage of state vehicles to jubilant conference delegates.

He said he was excited with the reports he got, which confirmed that the local branches had implemented what they had been mandated in the conference.

“This is an ANC tradition, it is how things are done,” said Zuma.

He said they had visited the region many times in the midst of a crisis.

“The damage clearly showed its presence during the past local government elections,” he said.

“The outcome of the local government elections of 2016 taught me to never swear that something will never happen,”

“I never thought I would ever see the day that the home of the ANC would be lost.”

Zuma praised Lungisa and said he was a man of character.

“The ANC is saying it is something that we are looking for, it’s not just that the person is now grey and balding that we recognise someone as a leader,” said Zuma.

“We look at the quality, the energy, the consistency; in other words we choose the leader because we can explain why.”

Despite the conference being held in an area out of Zuma’s scheduled travelling plan, said he was just passing Port Elizabeth and decided to pop in and greet the delegates.

Mantashe’s letter was a matter of robust debate during the nomination process of the conference in Port Elizabeth.

It also became a subject of serious debate following the announcement of the results, when the contenders for the regional executive committee lodged a motion to review the election and the results thereof.

The motion was, however, defeated by a vote.

“A person who has been elected irregularly, the ANC has a responsibility to correct that,” said Mantashe.

“Andile Lungisa’s matter may be dealt with in the national disciplinary committee of the party, if need be.”

Mantashe stated that the constitution of the ANC doesn’t allow for higher leadership incumbents to contest positions in the lower structures.

Lungisa serves in the provincial executive committee, which would require him to resign from the position before taking up the new position of regional chairperson of the Nelson Mandela region.

We live in a world where facts and fiction get blurred
In times of uncertainty you need journalism you can trust. For only R75 per month, you have access to a world of in-depth analyses, investigative journalism, top opinions and a range of features. Journalism strengthens democracy. Invest in the future today.
Subscribe to News24
Related Links
‘We ruined it’: Zuma laments ANC’s ‘serious mistakes’
‘Grateful’ Zuma vows not to disappear after 2019
Mapisa-Nqakula fumes as conference held 'at ransom'
Next on City Press
Artist Muholi free to continue with her life after court dismisses former partner’s protection order application