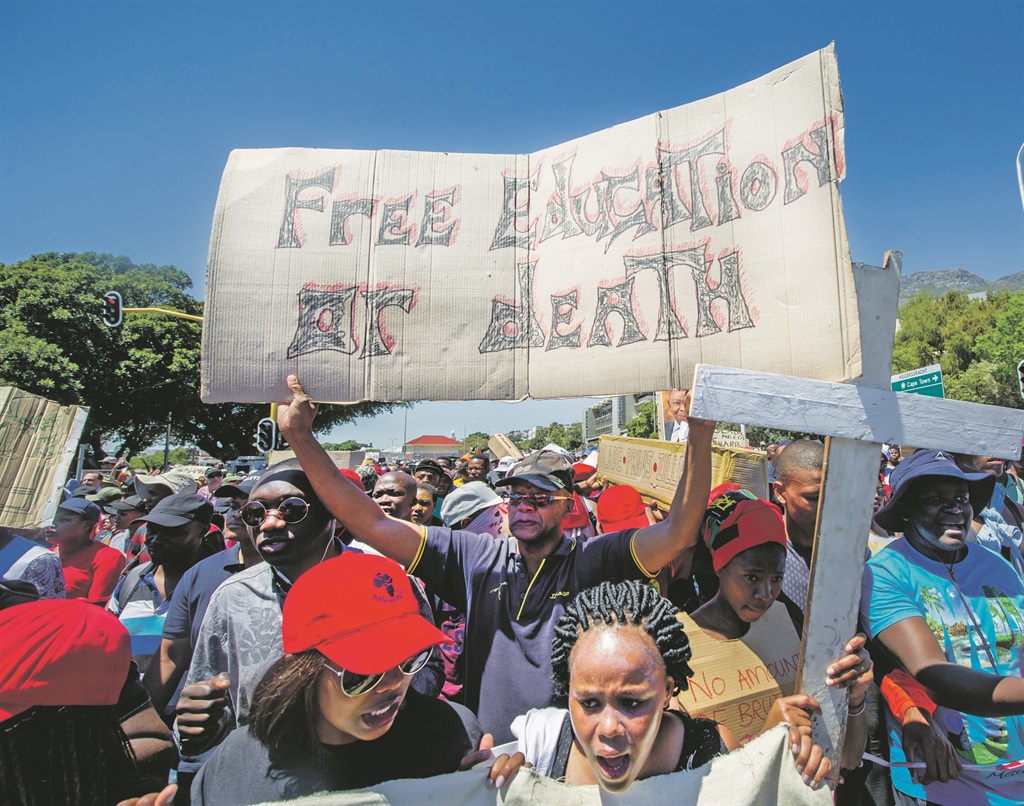 Fee free higher education was a major policy shift in higher education this year amid fears that the system could be disrupted if funding was not provided on time to students, 26 universities and 50 technical, vocational education and training colleges (TVETS).

Former President Jacob Zuma announced on December 16, 2017 ahead of the start of the ANC’s 54th national conference that government would provide fee free higher education in 2018 for the first-year students from the poor and working class with a combined household income of R350 000 a year.

In addition, Zuma said at the time that no tuition fee increases were set for students from households earning up to R600 000 a year in 2018.

He also declared that the National Student Financial Aid Scheme (Nsfas) loans allocated to these students were effectively converted into 100% grants.

The department of higher education and training (DHET) headed by Minister Naledi Pandor has been tasked to implement the changes.

Uncertainty, however, prevailed after Zuma’s announcement over whether government was to be able to make funds available to millions of students at universities and TVETs.

In a move to allay fears and deal with uncertainties, an organisation represented by 26 vice-chancellors - Universities South Africa (USAf) - through its chief executive officer Professor Ahmed Bawa told City Press in January that the organisation had scheduled bi-weekly meetings with Nsfas and DHET to ensure funding was made available to universities.

A month later, Nsfas staff embarked on a protest which raised concerns from stakeholders including USAf.

Bawa said at the time the protests by Nsfas employees had a potential to cause tremendous mayhem in the system if not resolved. Nsfas staff had embarked on the strike action demanding higher salaries.

Their strike lasted for four days before an agreement was reached with management. The other challenge that universities had to deal with were growing calls for insourcing of staff following the #OutsourcingMustFall campaigns two years ago.

A report released by Statistics SA at the end of October this year revealed that universities have spent less money on computers, staff, transport, furniture and student accommodation in the 2017/18 financial year mostly because of #FeesMustFall and #OutsourcingMustFall campaigns.

This year, student protests also erupted at a number of TVETs over unpaid accommodation fees by Nsfas, pending results, shortage of infrastructure and unpaid student allowances.

SA College Principals Organisation (SACPO) general secretary Sam Zungu said a lot of noise was made by students relating to delays in funding allowances for traveling and accommodation. SACPO represents 50 TVETs in the country.

Zungu said there were also delays in the issuing of results, which was not as prevalent as in previous years.

“We’ve seen some improvements in that space compared to previous years," Zungu said.

Pandor said earlier in December that the start of the 2018 academic year was difficult with Nsfas facing numerous challenges. These included finalising funding decisions, addressing the 2017 academic year backlog, the non-payment and delays in the payment of allowances and a weakness in data integration between Nsfas and institutions of higher education.

Pandor said the tardiness in resolving these challenges resulted in the scheme being placed under administration for 12 months, starting in August 2018.

That decision led to the appointment of Dr. Randall Carolissen as the administrator. Carolissen took over after shortly after Nsfas board chairperson Sizwe Nxasana resigned.

Nxasana’s resignation was followed by the suspension of former Nsfas chief executive officer Steven Zwane, who later resigned with immediate effect amid allegations of maladministration.

Pandor said Carolissen was brought on board to initially focus on two areas. These included, firstly, to conduct an effective close out of the 2017 and 2018 funding cycles. This was to ensure that all students who had qualified for the bursary scheme were confirmed for funding and had received their allowances; and secondly, to develop effective plans for the 2019 funding cycle, in collaboration with universities, TVETs and her department to make sure that student funding for the 2019 academic year runs smoothly.

Pandor said she was pleased to report that Nsfas has made good progress in both these areas. The closing date for next year’s application year was November 30 but the date was extended to December 2.

“Dr Carolissen has appointed a strong team to assist him. The turnaround strategy to resolve outstanding disbursements for the current year resulted in more than R3.6 billion being disbursed to institutions and a further R10 billion has been unlocked at universities and colleges since the appointment of the Administrator. The team is focused on resolving all remaining problems,” Pandor said.

Pandor said Nsfas disbursed loans and bursaries to the tune R22 billion for 659 000 students this year. Of these 371 368 were university students and 288 341 students at TVETs. Since inception, she said the scheme has disbursed more than R60 billion to more than three million students.

We live in a world where facts and fiction get blurred
In times of uncertainty you need journalism you can trust. For only R75 per month, you have access to a world of in-depth analyses, investigative journalism, top opinions and a range of features. Journalism strengthens democracy. Invest in the future today.
Subscribe to News24
Related Links
IMF official queries SA free tertiary education
One year after ‘free education’, missing middle students thrown to the wolves
Zuma a no show at BLF event to thank him for ‘free education’
Next on City Press
Mkhwebane loses first round against EC political heavyweights