Can an insurer refuse to pay out? 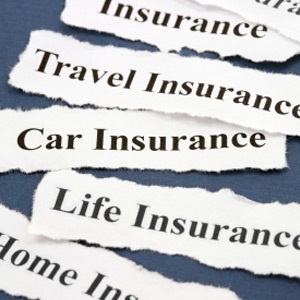 Insurance group Momentum recently came under fire for rejecting a life insurance claim after a man was shot and killed in Durban.

The insurer rejected the R2.4 million payout because it said Nathan Ganas had not disclosed the fact that he suffered from high blood sugar.

What is interesting about this case is that, just over a year ago, Old Mutual faced the same public outcry when it refused to pay out the death benefit of a murdered policyholder because he had not disclosed that he was diabetic.

Both companies were swayed by public opinion to effect the payouts.

Initially, Momentum stuck to its guns and only repaid the premiums it received for the cover.

In a statement, it said that, “once we have evidence that a client has not acted in good faith, we rectify the matter in an objective manner and in the interest of fairness to all our clients.

"If we do not do so, we indirectly encourage the practice of nondisclosure.

"This will, in turn, result in a worsening of claims experienced, which would ultimately increase the premiums for all our clients.”

However, in a further development this week, Momentum decided to change its policy on payouts to take into consideration the violence of Ganas’ death by creating a solution “that will pay an amount equal to the death benefit [limited to a maximum of R3 million] in the case of violent crime, regardless of previous medical history.

"This will apply to all existing and future life cover clients.”

THREE THINGS TO KNOW ABOUT NONDISCLOSURE

1. The most common areas of nondisclosure are related to medical conditions, occupation and financial standing.

2. Take time to think about the questions in the application form and provide all the relevant information.

3. Check your policy documents once they have been issued because these have a summary of the disclosures. Go back to your adviser or insurer if there are errors or omissions.

The guarantee applies immediately to all life cover clients, and will be applied retrospectively.

Momentum said it was identifying clients who were affected in this way and would contact their families, including Ganas’, to arrange payment.

Although Momentum decided to make the payment as the death was the result of violent crime, it highlights the fact that, legally, an insurer does not have to pay out if a policyholder fails to disclose all health-related information.

What normally happens in the case where nondisclosure is discovered, is that the insurer will reconstruct the underwriting decision to see if the claim is still valid.

The cause of the claim need not be related to the pre-existing condition.

For example, if someone does not disclose a heart condition and then claims for cancer treatment, the insurer has the right to reconstruct the policy as a whole.

This means the insurer will consider all the information as though it was provided upfront, and will factor in how that would have affected the premium or policy.

It may be that the nondisclosure would have made no difference to the premium or cover, in which case the cover could be paid out in full.

If the risk factor that was not disclosed would have resulted in a higher premium, the decision on the amount to be paid out would be based on how much cover the lower premium would have bought had the insurer known about the condition.

In a case where the condition is so severe that cover would have been declined, the claim would not be paid (irrespective of the cause) as the contract would not have existed.

According to Momentum, Ganas had privately tested his blood sugar level multiple times before taking out cover.

All the tests had shown an elevated level of blood sugar. Momentum argues that this means he deliberately misled it when he filled in his insurance forms.

According to Momentum, based on these blood sugar levels, it would have declined his cover, which is why it was unwilling initially to make the payment.

It is difficult to prove whether Momentum would have issued the cover even with a higher risk-rated premium, and it is unusual for an insurer not to request basic glucose and cholesterol tests when providing cover.

However, this case sends a strong message to the public that, if you deliberately lie on your application, you won’t get cover when you need it most.

Choose a newsletter
Voting Booth
How do you feel about reports that South Africa made generous donations of “medical material supplies” worth tens of millions of rands to the Cuban government?
Please select an option Oops! Something went wrong, please try again later.
SA should come first
80% - 65 votes
Gesture of good faith
7% - 6 votes
SA has Cuba's doctors
12% - 10 votes
Previous Results
Podcasts
Podcast | How to track your financial progress