People are being recruited to join a WhatsApp stokvel or gifting group by paying a joining fee. The idea is that, by “gifting” an amount of money, ranging from R200 to R1?000, you join the group and, in return, you recruit two people under you. Picture: iStock

WhatsApp stokvel scams have been around for a while and have morphed into what’s being called a “WhatsApp gifting circle”.

It is the same get-rich-quick pyramid scheme, just under a different label, and still as dangerous and illegal.

People are being recruited to join a WhatsApp stokvel or gifting group by paying a joining fee. The idea is that, by “gifting” an amount of money, ranging from R200 to R1 000, you join the group and, in return, you recruit two people under you.

As you recruit, you move up the chain and when you are at the top of the list of what is usually six people, it’s your turn to be paid. So, if you “gifted” R1 000, you would potentially be paid out R6 000 when you reach the top spot.

Listen: How do you know if you are getting good advice?

This is simply a pyramid scheme – it requires people to keep joining to keep the payments going. Pyramid or ponzi schemes work by recruiting investors who are promised payments or returns if they recruit more people.

The reality is that the person at the top of the scheme collects all the money, and those who are being recruited further down rarely see what was promised to them.

The first few people to join or invest reap the rewards and the rest, typically, lose money. This is illegal because it is basically a form of theft.

While these schemes implode quite quickly when people struggle to recruit other members, in some cases the con starts right away and the administrator disappears with all the money and the group collapses. 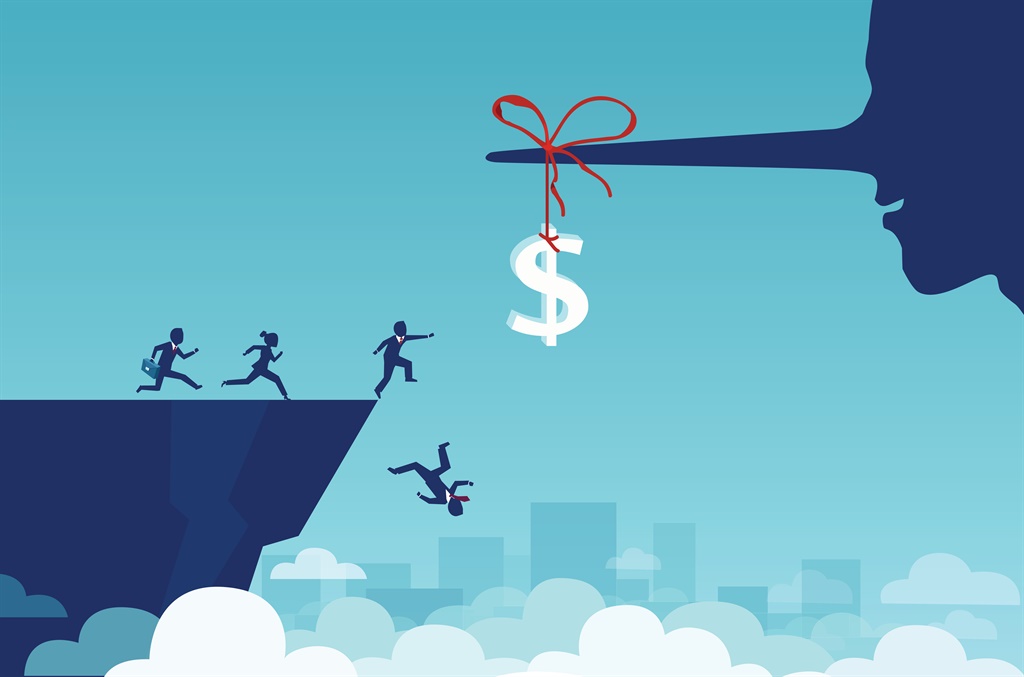 If you are recruiting people into a WhatsApp gifting group, you should understand two things.

Firstly, it is illegal under section 43(2) of the Consumer Protection Act to participate in a pyramid or multiplication scheme, or to promote or recruit other people to participate.

It is a punishable offence, so you could find yourself facing prosecution.

Secondly, on an ethical level, you have a responsibility to the people you recruit. You are asking them to put their money in to boost your position, but with no guarantee that they will ever get a cent back.

You have made promises to them in return for gifting cash to you. When the scheme collapses, are you prepared to give them back the money you made?

Another get-rich-quick scheme involves individuals claiming to be representatives of or affiliated to investment company Allan Gray. They have been asking the public on WhatsApp to make investments.

The individuals are offering short-term investments with a 100% return on investment. Allan Gray has confirmed that the WhatsApp profiles neither belong to the company, nor are they affiliated with any part of its client offering. The authority has urged anyone transferring money to bank accounts to be extremely cautious, advising people to always obtain proof that the account is registered in the name of the entity to which it claims to belong.

The bottom line is, don’t give away your hard-earned cash to people on WhatsApp, Facebook or any other social media platform.

Related Links
Cybercriminals are trying to exploit the spread of the Covid-19
Watch out! The latest scam warnings
Scammers, they are watching you!
Share
Next on City Press
How do you know if you are getting good advice?