Has the GEPF changed the rules regarding pension debt on divorce? 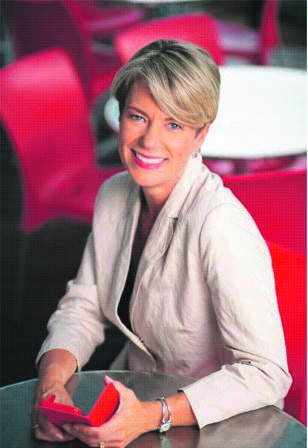 Susan writes to City Press to ask about her concerns related to the Government Employees’ Pension Fund (GEPF).

As a member of the Government Employees’ Pension Fund (GEPF), I would like a follow-up on the pension debt created through divorce. Is there any progress in this regard?

In October 2017, a review of GEPF benefits resulted in five changes being recommended to the GEPF law, which were put forward to Parliament for approval. This included the treatment of pension funds on divorce.

While it was expected that Parliament would approve these changes last year, this has not happened and the latest update from the GEPF is that it is still awaiting parliamentary approval.

As background, the clean break principle applies where a divorce agreement allows for the non-member spouse to receive a portion of the member’s pension fund.

Currently, the way the pension withdrawal is calculated uses the concept of debt and interest in the apportionment of pension benefits on divorce. This means that members effectively have a “debt” owing on their pension fund.

The resolution before Parliament is to amend the GEPF law and adjust the member’s service following payment of a divorce settlement by the fund.

For example, if you have 18 years of service and the divorce settlement entitles the non-member spouse to 50% of the pension fund interest, then the years of service would be reduced to nine years in terms of benefit calculations.

If a member chooses, they can select to buy back those years of service by either paying in immediately or increasing their monthly contributions.

It is important that members understand that the GEPF does not determine the sharing of the benefit – that is part of the divorce agreement and the GEPF is only acting on the court order.

Other changes to the GEPF law before Parliament include children receiving a higher pension. This is the most significant change for members as it represents a major benefit increase for their children.

The resolution before Parliament is to change the Orphan’s Pension to a child’s pension, and to extend the age until which the child receives the benefit from 18 to 22, irrespective of whether the child is still studying.

Currently, the law requires that the child has to prove that both parents are deceased before they can receive the benefit.

In many cases, especially with single mothers, the child does not have any contact or financial support from the other parent, yet the current “orphan” rule prevents them from receiving the benefit to which they are entitled.

Once Parliament approves the changes, a child will benefit from their parent’s pension fund irrespective of whether there is another parent in their lives.

The amount of money received by the child will be increased from 10% to a maximum of 25% of the member’s pension benefit, but this is reduced proportionately depending on the number of eligible children and whether there is a spousal pension.

There will also be changes to spousal pensions depending on the age and gender of the member’s spouse.

The GEPF provides an automatic spousal pension of 50% of the member’s pension, however, if a member chooses, they can sacrifice 3.5% of their monthly income on retirement to boost the spousal pension to 75%.

We live in a world where facts and fiction get blurred
In times of uncertainty you need journalism you can trust. For only R75 per month, you have access to a world of in-depth analyses, investigative journalism, top opinions and a range of features. Journalism strengthens democracy. Invest in the future today.
Subscribe to News24
Related Links
Money advice: Your retirement questions answered
Early retirement for 30 000 government employees
How to retire early
Next on City Press
The spending diet resolution: How to control your money habit