The lowdown on MMM We have received several questions about this money scheme. Here, we address the two most common

MMM is not registered with the National Stokvel Association of SA (Nasasa), so as a legal entity, it is not a stokvel. It also does not have a constitution or bank account.

The size of MMM funds possibly exceed the amount allowed by a stokvel. According to Nasasa CEO Andile Mazwai, the government notice 620 in Gazette 37903 stipulates that a stokvel may not have more than R30 million in aggregate. Mazwai says MMM argues that the funds are not centralised, but the notice clearly refers to aggregate contributions from members.

As Mazwai points out, “a stokvel is a common bond among members who pool financial resources for a specific purpose. The members are known to one another, they socialise and enjoy mutual trust. MMM does not fit this description.”

Even in an informal stokvel, members are known to each other through their own community, so if one member receives money collected by the stokvel in the first month, he or she is liable to continue contributions towards the stokvel.

If the stokvel member fails to pay those amounts, the other members know where to find him/her. These close community structures are an important part of the success and sustainability of stokvels.

In MMM, members remain anonymous and rely on an online system that is managed, we believe, in Russia to match payments. If the system closes, there is no individual to approach.

No member profits from a stokvel. The money they contribute is the money they receive back. They do not “earn” more money than they put in.

MMM’s website encourages one to believe that by “donating” money, they can receive a return of 30% in a month.

Is MMM a pyramid scheme?

MMM has filed an application in court to declare that it is not a pyramid scheme as defined by the Consumer Protection Act.

A banner across MMM’s website – rsa-mmm.co – reads: “How to participate and earn 30% per month.” Considering that the monthly repo rate would be 0.6%, this is offering 29% more interest in just one month.

The returns offered by MMM are not through the sale of goods or services.

Although MMM may argue that members are not required to recruit new members, they acknowledge that returns on donations are dependent on new members joining the scheme.

Upon signing up, an MMM member has to transfer money into an existing MMM member’s account to join. 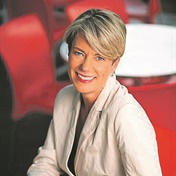