The real cost of death. Could you meet it? Life or funeral policy, the real cost of death

Funerals are big business in South Africa, with an estimated R10 billion a year spent on the ritual and its related services.

In a recent conversation with a researcher from CGAP – an international think-tank dedicated to financial inclusion – I was told that South Africa has significantly more funeral insurance per capita than any other developed or emerging economy. He also commented that the amount we spend on funerals well exceeds that of our international peers.

So, when a family member dies, especially in the middle of the month when there is no salary left, few households have the funds to meet the funeral expenses.

We can debate the impact that funerals and the related insurance have, not only on households’ expenses but in diverting funds away from other financial product needs. The bottom line, however, is that people take out insurance in the expectation that it will provide cash for a funeral.

South Africans have virtually no money put aside for emergencies or unforeseen events. The 2019 Old Mutual Investment and Savings Monitor found that 73% of households earning less than R6 000 a month and nearly half of middle-income households (R14 000 to R20 000) would not be able to meet an unforeseen expense of R10 000. They could neither tap into savings nor even take out loans to meet that obligation.

So, when a family member dies, especially in the middle of the month when there is no salary left, few households have the funds to meet the funeral expenses. They can’t even take a short-term loan to cover them while waiting for the insurance to pay out.

That is why the maximum 48-hours turnaround in claims is simply a necessity. If we had households with more robust finances, a family would not become so desperate as to place a body outside the branch of a life insurer when the claim was delayed by a few days, as happened in a recent furore in Stanger, KwaZulu-Natal. 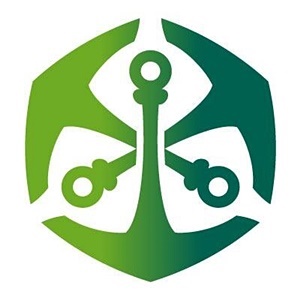 The anger towards this life insurer, Old Mutual, is symptomatic of a desperate community, one that is feeling disempowered. It feels sometimes as if the odds are stacked against us. As consumers of financial services, we are given little leeway if our premiums are late – we have to pay regularly, or we lose our cover. Yet if an insurer’s administration delays a payment, there is seldom any consequence to the company. In contrast the consequence of that late payment is significant to the household – so the anger is understandable.

However, we also need to look at the facts within the context. In most cases established insurers do well in terms of their claims. This week FNB issued a press release that they had paid out R50 million of unclaimed life benefits over the last year. Through a partnership with the department of home affairs, FNB Life routinely checks via the National Population Register if any of its policyholders are deceased.

Funerals are big business in South Africa, with an estimated R10 billion a year spent on the ritual and its related services. Insurance companies have found a lucrative product offering in funeral policies, with about 15 million funeral policy holders

If it is found that a policy holder has passed away, the life insurer proactively processes a payout to beneficiaries, many of whom have no idea that the policies existed. Old Mutual pays out 99% of its valid funeral claims within 48 hours. The Stanger family fell into the 1%. They lodged their claim on Monday, November 11 and the funeral claim was paid on Friday, November 15. Old Mutual claims that “the settlement and payment of the claim was already in progress and was not expedited by the regrettable event that took place at the branch”. It would not be difficult for the regulators to verify the claim, so we can assume there is truth to the statement.

Fraud, unfortunately, plays a very large role in the delay of payments. Not because the deceased or their family have acted fraudulently, but because crime syndicates have found ways to defraud insurers, especially when it comes to funeral cover. There have been cases in which syndicates have taken out funeral cover on an already deceased individual and worked with the morgue to keep the body on ice until the waiting period is over. There are even cases where drug dealers take out funeral cover on their addicted clients and provide them with sufficient drugs to ensure a timeous death. The cases forensic investigators process would shock most of us. In this case the claim was assessed further as the policy was less than a year old, which raised an query.

The extreme reaction of the family may have come from poor communication by Old Mutual or a general distrust in the financial industry, but no doubt financial desperation was the root cause.

We live in a world where facts and fiction get blurred
In times of uncertainty you need journalism you can trust. For 14 free days, you can have access to a world of in-depth analyses, investigative journalism, top opinions and a range of features. Journalism strengthens democracy. Invest in the future today. Thereafter you will be billed R75 per month. You can cancel anytime and if you cancel within 14 days you won't be billed.
Subscribe to News24
Related Links
Talk to your family about funeral cover
Get sorted with a funeral policy before it’s too late
Why do I need a funeral insurance plan?
Next on City Press
How to use your medical tax credits to cover your medical expenses

Listen to our latest podcasts.
Voting Booth
A new report by the Electoral Integrity Project, which looks at the quality of electoral integrity worldwide, has identified South Africa as having the second-highest level of integrity in its elections in Africa. Do you agree with the report?
Please select an option Oops! Something went wrong, please try again later.
No
44% - 51 votes
Yes
26% - 30 votes
We should be first
30% - 34 votes
Previous Results