Time to lose the Cinderella complex A woman’s unconscious need to be taken care of is not an uncommon fantasy.

It is, in fact, one many women live out every day and is so common that American psychologist Colette Dowling described it as the Cinderella Complex – after the fairy tale in which a poor, dirty orphan is miraculously turned into a princess when a handsome prince falls in love with her.

It is a dangerous fantasy and one that should be left as a daydream.

The first, and most important, reason is that, as women, many of us are better at managing our own money.

Historically, owing to the fact that men were the primary breadwinners, it was always assumed that they knew more about money.

But why? Men only took on that role because they were working for big corporates, where the pension and medical aid were taken care of.

There is no reason a man should have a better understanding of finances than a woman.

In fact, research and studies now find that female investment managers have on average better long-term returns, partly because they are less likely to take excessive risks and also because they tend to follow a buy-and-hold strategy, reducing the costs of the investment portfolio.

Female money managers, like female investors, tended to follow a more methodical investment approach and then stick with their decisions.

When it comes to making their own investments, women are less confident but, as a result, ask more questions.

They want to fully understand what they are doing. When they see their partner making investment decisions more quickly, they assume their partner knows more than they do – but they don’t, which is why so many women discover too late that their husbands have not made sufficient provisions for their future.

Women are also more likely to make money decisions for the benefit of their children and the greater family unit.

As women become financially independent, they need to take over control of their own finances – especially considering that 80% of women will at some time be solely responsible for the family finances, irrespective of the fantasy.

According to the Old Mutual Savings & Investment Monitor, one out of every two working mothers is single, with only 12% receiving regular support from the fathers.

Even if you are married happily ever after, statistically you will outlive your husband by at least seven years – so you will have to manage your own money and, more importantly, ensure that you have made sufficient plans to provide for your longevity.

So while we can have our secret fantasies, we know that, as much as the pumpkin will never turn into a coach or that a fairy godmother will never transform us into a princess, a man will not solve our financial issues.

South Africa has one of the highest single-mother rates in the world and this affects the way women manage money.

The Savings Monitor found, for example, that 56% of women believed that saving for their children’s education was more important than saving for retirement – compared with 45% for men.

Lizl Budhram, advice manager at Old Mutual, believes that, given the financial pressure faced by single mothers, it is difficult to meet the needs of educating their children and to prepare for their own future, which is why nearly half of the women surveyed expected their children to support them in their old age.

“There is no point in retiring in comfort where your child is unemployable.”

Budhram also highlights the fact that in the survey 12% of women admitted to struggling to meet their home loan repayments compared with only 1% of men and more women claimed to be experiencing serious financial stress.

“Single mothers are more stretched financially and then men generally earn more, so it is not surprising to see women struggling financially,” says Budhram.

This financial stress does not, however, mean that women are not good at managing money.

One could argue that by necessity single mothers have to be better money managers. The Savings Monitor found that women are more likely to stick to a budget than men.

“Women tend to spend time understanding their financial needs and then making a plan and being more disciplined when it comes to sticking to it,” says Budhram. Women were also more likely to save towards goals such as end-of-year expenses.

Budhram says even for married couples, women tend to manage the household budget, which actually makes them the most powerful money allocator in the family.

By cutting back on unnecessary household expenses, they can free up more money for wealth creation.

“A household’s spending pattern is a conscious choice of creating priorities. Too often a parent will cut back on saving and investments to pay for their child’s education, but won’t look at cutting back on car payments or other immediate luxury expenses. They are sacrificing long-term goals, which is particularly concerning for women who will live longer in retirement.”

Jean Archary, development specialist at Old Mutual Wealth, says that while married women tend to focus on the emotional wellbeing of the family, they need to look beyond the emotions to the practicalities of family finances.

“Historically, men were the major breadwinners and the financial industry largely ignored women when it came to financial conversations, but that is changing,” says Archary, who adds that a good financial planner has a responsibility to ensure that both spouses are involved in the family’s financial decisions.

. Planning beyond the wedding day: Getting married is not just about saying “I do”; you are now forming a financial entity.

Discuss how you will manage the household budget and what marital regime makes the most sense for both of you.

If you cannot have a meaningful discussion about money before you marry, your marriage is already on rocky ground.

. Raising children: When you decide to start a family, have a discussion about how you want to raise and educate your children. Then work out how many children you can afford.

If you plan on taking extended maternity leave, how will you finance it? If you decide to take time to be a stay-at-home mum, how will you manage on a single income?

How will the household finances be managed to provide you with financial independence?

. Protecting your future: Some women who are not the primary breadwinners don’t realise the importance of insurance or retirement planning. From a risk point of view, if something happens to you, your family would need to hire help to take over your role as day-to-day caregiver.

A chronic illness or disability would result in major costs for the household.

When it comes to retirement and investment planning, make sure you are part of the process and know what provision is being made for your retirement years.

Remember, even if you are not earning an income, the family assets are equally your assets.

You also have to plan for outliving your husband.

We live in a world where facts and fiction get blurred
In times of uncertainty you need journalism you can trust. For only R75 per month, you have access to a world of in-depth analyses, investigative journalism, top opinions and a range of features. Journalism strengthens democracy. Invest in the future today.
Subscribe to News24
Related Links
Are gold coins a good investment?
Tax-free savings: What you need to know
Use your tax-free savings account to invest on the JSE
Next on City Press
Ordinary South Africans now have more options to get a slice of global companies 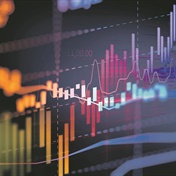 Read more on:
savings and investmentmoney management
Podcasts
Podcast | How to pay off your home and car