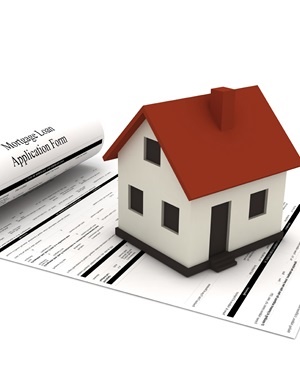 BUYING A property off-plan means that you get to have a say in the way the home is finished off – fixtures, paint, etc. However, there are some technical issues that you need to resolve or be aware of before you buy, as reader Maud recently found out.

Maud wrote to City Press to ask when occupational rent can be charged, with particular reference to a new sectional title development. Maud had built off plan in a new complex and despite the fact that some of the exterior work has not been completed and the complex is not secured as per the marketing description, she has been forced to pay occupational rent.

“I want to know if this is legal, as the developer has not yet met its end of the deal,” she wrote.

Occupational rent is the money payable by a buyer who wants to move into a property they have bought, but before the transfer and registration of the property has gone through.

Melanie Coetzee, a director at Smith Tabata Buchanan Boyes, says it is important not to confuse occupational rent with ordinary rent.

Coetzee notes that these two types of payments are also taxed differently.

In terms of Maud’s question about whether it is legal for the developer to “force” her to pay occupational rent, Coetzee says that as a buyer in a newly built complex, you should read the terms of the sales agreement very carefully before signing on the dotted line.

“If the buyer initially agreed to become liable for occupational interest upon council’s occupational certification, it doesn’t matter if the actual building is completed or not,” she says.

This is a typical example of the type of complaint that could be taken to the community schemes ombud service, which has been established despite a delay in the passing of the relevant act.

There are more than 850 000 sectional title schemes in the country and a community schemes ombudsman service, established in 2013, is already providing a dispute resolution service. However, the Community Schemes Ombud Service Act and the Sectional Titles Management Schemes Act have yet to take effect, despite being signed in 2011.

Part of the reason for the delay is that the two acts have not been officially proclaimed yet. Most recently, Human Settlements Minister Lindiwe Sisulu published draft regulations, which set out how the two acts will be applied. According to the Sectional Titles Management Schemes Act, community schemes include sectional title schemes, share block properties, homeowners’ or property owners’ associations, housing schemes and housing cooperatives.

These are some of the main points raised in the draft regulations:

- A cap on penalty interest – when you default on your levy, your body corporate has the right to charge you penalty interest. Under the draft regulations, this interest may not exceed the maximum rate of interest prescribed under the Prescribed Rate of Interest Act. Currently, the cap would be 9%.

- Sectional title scheme owners would have to pay a levy based on the municipal valuation of their property. This levy would go towards funding the ombud service. The levies would be collected by the scheme and then paid over to the ombud service each year. Failure to pay these levies will result in an interest charge of prime plus 1%, charged monthly.

- If you have a net monthly household income of less than R5 500, both the levy towards the ombud service and the complaint fee will be waived.

If you have a complaint or dispute within your sectional title scheme, you can contact the community schemes ombud service via the website
csos.org.za; by emailing complaints@csos.org.za; or by calling 010 593 0533.

Related Links
Late pick up in holiday town residential demand
Are we on the offshore property hedge?
Cape Town inner city a boom town for investors
Share
Next on City Press
Saving tips for young professionals entering the workplace