Podcast | Tim Spirit: Was Gomes overzealous or applying rules to the letter? 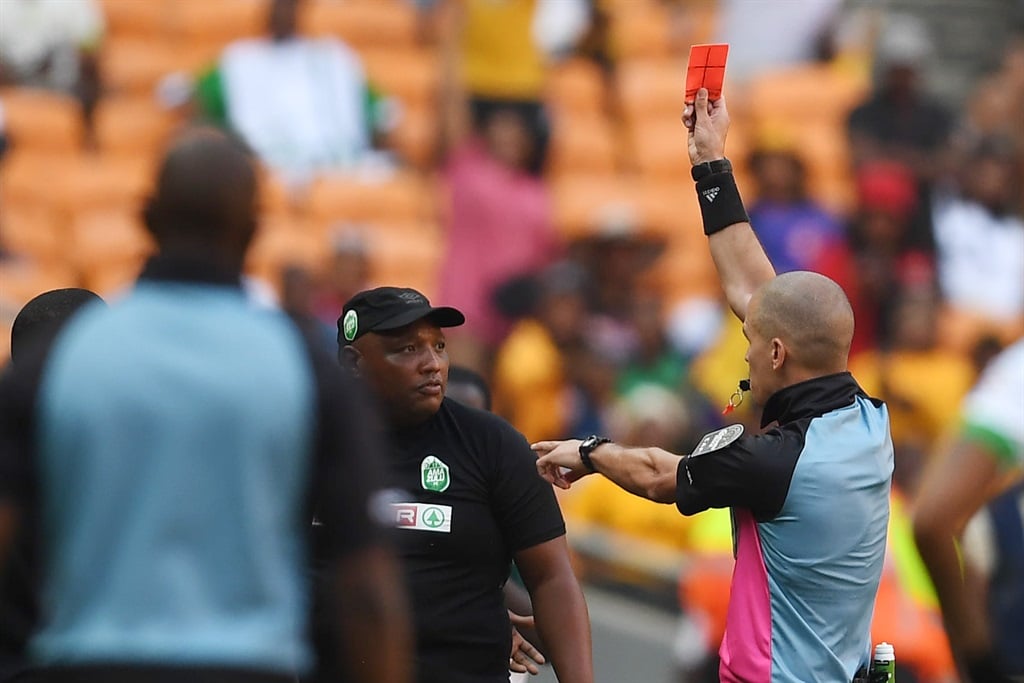 From Andile Mpisane to Andile Jali, social media has been trolling the two Andiles in the past week. But it was also Victor Gomes, once again, who was the centre of attraction on Sunday after he dished four red cards during the MTN8 semifinal clash between Kaizer Chiefs and AmaZulu.

This has resulted in a backlash from football supporters and Usuthu technical team, accusing the Qatar-bound match official of being overzealous.

Is this the case or Gomes, who is going to his maiden Fifa World Cup in Qatar next month, just applying the rules to the letter?

READ | Pitso: SA coaches should think differently, step out of their comfort zones

After dominating the DStv Premiership for a few seasons now, the wheels seem to be coming off Mamelodi Sundowns, if their recent struggles in front of goals are anything to go by.

On Saturday, the Brazilians failed to register even a single shot at goals – the first time in many games – when they held Orlando Pirates to a goalless draw last Saturday. But this is hardly surprising as the star-studded Sundowns have found the going getting tough so far.

We also touch on the horrible stampede in Indonesia where 125 football supporters, including children, perished at the weekend.

We live in a world where facts and fiction get blurred
In times of uncertainty you need journalism you can trust. For 14 free days, you can have access to a world of in-depth analyses, investigative journalism, top opinions and a range of features. Journalism strengthens democracy. Invest in the future today. Thereafter you will be billed R75 per month. You can cancel anytime and if you cancel within 14 days you won't be billed.
Subscribe to News24
Next on City Press
Podcast | Books and Beverages: Angela Makholwa on her books reaching new heights