Cosatu, SACP vow to take on ANC over its failure to ‘protect’ public sector bargaining resolutions 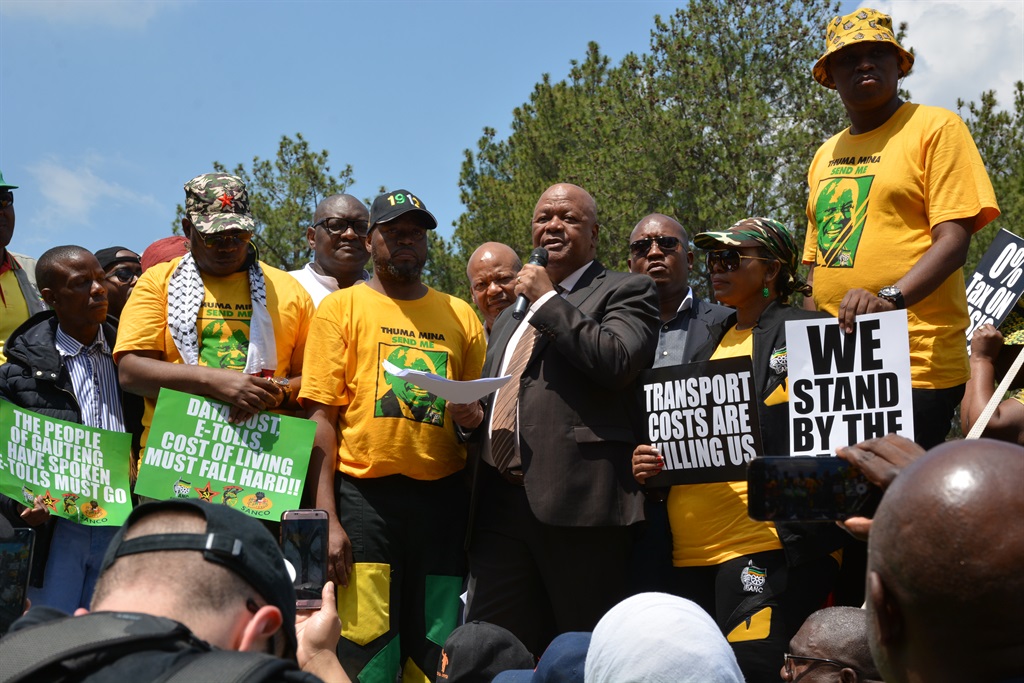 Cosatu, SACP vow to take on ANC over its failure to ‘protect’ public sector bargaining resolutions. Picture by Morapedi Mashashe

The ANC is headed for a collision course with its alliance partners – trade union federation Cosatu and the SA Communist Party (SACP) – which have vowed to mobilise workers and take on the governing party over government’s failure to honour last year’s wage agreement.

The final phase of the 2018 wage agreement, known as clause 3.3, was supposed to be implemented from April 1 2020 – and was linked to the CPI determined by the National Treasury.

Instead of honouring that agreement government, through the Treasury and the department of public service and administration, challenged the enforcement in the Labour Appeal Court, saying it was unsustainable. The court ruled in government’s favour.

The working class is bleeding and frustrated as the ruling elite is disregarding it and replacing it with a mafia state. At such a period, we are looking at the SACP to provide guidance and strategy.

On Wednesday, during the SACP’s commemoration of the 26th anniversary of former chairperson Joe Slovo’s passing, Cosatu secretary-general Bheki Ntshalintshali, called on the communist party to throw its weight behind Cosatu’s attempts to force the ANC to honour the 2018 wage agreement.

Read: Bid by some ANC leaders to reclaim state power at all costs

Ntshalintshali said as the alliance partners remembered Slovo, a giant in the fight for workers’ struggles, this was marred “by the current corrosion of bargaining council resolutions taking place, particularly those in the public sector”.

“The working class is bleeding and frustrated as the ruling elite is disregarding it and replacing it with a mafia state. At such a period, we are looking at the SACP to provide guidance and strategy.

“Unemployment levels have shot up to a staggering 40%, the capitalist bosses are reducing the work force, increasing exploitation and making profits which they are shipping out of the country hence we need the SACP to lead the quest to rescue the workers,” said Ntshalintshali.

SACP’s general secretary, Blade Nzimande, assured Ntshalintshali of his party’s support. “We are in solidarity with you and we have told Cosatu that we will not support any threat to the collective bargaining system, a system that many fought for,” said Nzimande.

Cosatu and the SACP’s sentiments come just weeks after union affiliates, the SA Democratic Teachers’ Union and Public Servants Association of SA, both vowed to challenge the Labour Appeal Court ruling. They undertook to mobilise mass industrial action this month should the ANC not honour the 2018 wage agreement.

However, ANC secretary-general Ace Magashule, reiterated the party’s continued commitment to its alliance with the SACP, saying the partnership was not one forced by coincidence but by both parties’ devotion to workers’ struggles.

Nzimande also called on the ANC’s uMkhonto we Sizwe Military Veterans Association (MKMVA) and the uMkhonto we Sizwe National Council not to demean the image of the governing party through using its name to settle “petty factional battles”.

This comes after the MKMVA members have recently come out in support of corruption accused former president Jacob Zuma and Magashule. MKMVA president Kebby Maphatsoe went as far as warning of “high risk of civil unrest” if Zuma was arrested for not honouring a summons by the state capture commission of inquiry.

Nzimande delivered the keynote address at the event, for Slovo who also served in the ANC’s national executive committee.

Slovo succumbed to cancer on January 6 1995 aged 69. At the time of his death, he was the minister of housing and SACP’s chairperson.

Slovo was a founding commander of Umkhonto we Sizwe, along with Nelson Mandela.

Slovo, who was married to journalist and anti-apartheid activist Ruth First, was also involved in the drafting of all major documents that defined the SACP’s vision, theory and practice of struggle against apartheid, including the Freedom Charter, adopted by the Congress of the People in 1955.

We live in a world where facts and fiction get blurred
In times of uncertainty you need journalism you can trust. For 14 free days, you can have access to a world of in-depth analyses, investigative journalism, top opinions and a range of features. Journalism strengthens democracy. Invest in the future today. Thereafter you will be billed R75 per month. You can cancel anytime and if you cancel within 14 days you won't be billed.
Subscribe to News24
Related Links
ANC has no plan for economic recovery
What's on the ANC’s 2021 political agenda
99 years of unbroken struggle
Next on City Press
MKMVA threatens ANC with court action