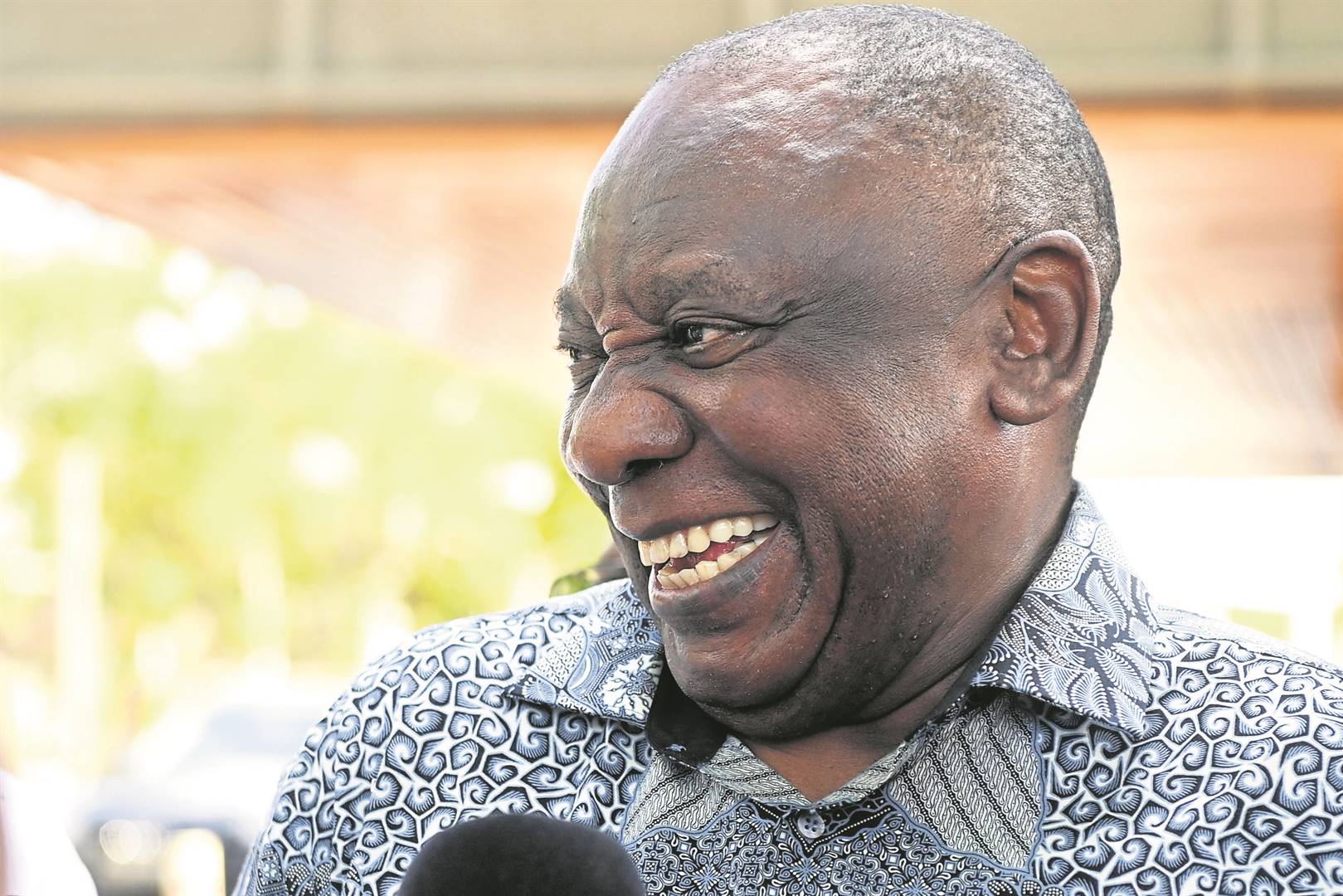 President Cyril Ramaphosa is off the hook as an attempt to impeach him blunders. Photo: Gallo Images

As expected, it was an afternoon of high drama in Parliament on Tuesday when members of parliament (MPs) were expected to vote against or for the process to impeach President Cyril Ramaphosa following the Phala Phala report that found that he had a case to answer.

But in the end, Ramaphosa dodged the bullet as the motion to impeach him failed after 214 MPs voted against it while 148 voted in favour of the process and two abstained.

Following the release of the section 89 independent panel, led by former Chief Justice Sandile Ngcobo, which found that Ramaphosa had a case to answer, the second step was for Parliament to debate and vote for an impeachment committee for Ramaphosa.

READ: Two more stages to impeach Ramaphosa - if he stays on to fight

For 30 minutes before the actual debate and vote on the matter started, MPs, mostly from the opposition, requested for the Speaker of the National Assembly, Nosiviwe Mapisa-Nqakula, to rethink her decision of refusing a secret ballot during voting.

It was mostly the EFF that insisted on a secret ballot.

EFF chief whip Floyd Shivambu was the first to call for a point of order and accused Mapisa-Nqakula of having made an “irrational” decision by refusing MPs to vote secretly.

Shivambu alleged that ANC MPs had been intimidated and threatened by their parties that if they did not toe the party line and vote for the report, they would have to face the music.

There were also allegations that MPs had received death threats if they voted for the impeachment. EFF chairperson Veronica Mente even went as far as saying the blood of those MPs would be on Mapisa-Nqakula’s hands, while EFF president Julius Malema claimed that “we are confident there are 60 members of the ruling party” who “confirmed” that they would vote for the motion and that they would be intimidated if their vote was public.

ANC MPs, however, had consistently rejected claims made by some opposition parties, including the EFF and the African Transformation Movement (ATM), that they had received threats from the party to toe the party line.

One ANC MP even said that members of the ruling party did not have a “shop steward” in the leader of a “two-member party”, referring to ATM president Vuyo Zungula.

Malema also claimed that Mapisa-Nqakula had also been intimidated.

We’ve got it on good authority that you have been intimidated because you were threatened that there would be a motion of no confidence against you if you allowed a secret ballot. And that on its own is reason enough for you to reconsider your decision on the secret ballot.

However, Mapisa-Nqakula was not swayed.

“Honourable member, just a slight correction,” said Mapisa-Nqakula to Malema, “I do not get intimidated easily. I can assure you, I do not. I am a fighter, just like you call yourself a fighter, I do not get threatened that easily.”

Shivambu said the EFF would take Mapisa-Nqakula’s decision not to allow for a secret ballot on a judicial review and assured her that the party would win.

“We have demonstrated several times, humanly possible, everything we have done to illustrate to you that what you are doing is dangerous and not sustainable and it is infringing on the constitutional right of members to exercise their right of holding the executive accountable without fear or favour,” said Shivambu.

So, we are going to take you to court, and you will not win this. We will remind you when we come back that we have defeated you for taking an irrational decision.

When it came to voting, only five ANC MPs out of the 230 voted for the motion. Two ANC presidential aspirants, ahead of the ANC elective conference on Friday, Zweli Mkhize and Lindiwe Sisulu were not present to cast their votes, even though they had fiercely criticised Ramaphosa following the Phala Phala scandal. Sisulu even called for him to resign after the Ngcobo report was released.

When Sisulu’s name was called during voting, she was not present in the hall, even though she had been in Parliament earlier during the debate.

Another ANC presidential hopeful, Nkosazana Dlamini-Zuma, was the first to defy the party and vote for the motion.

In casting her vote, Dlamini-Zuma said:

As a disciplined member of the ANC, I vote yes.

Mervyn Dirks, Supra Mahumapelo and Mosebenzi Zwane also voted for the motion. This was, however, not surprising as Dirks and Mahumapelo had publicly said that they would vote with their conscience and not according to the party line.

Tandi Mahambehlala raised eyebrows when she wanted to retract her vote after initially voting yes for the motion.

When her name was called to cast her vote, Mahambehlala responded by saying “party line” twice, but the rules were that MPs needed to say yes or no. She then later said “yes”.

Later, Mapisa-Nqakula allowed people who wanted to change their vote to be allowed to do so. Mahambehlala then said that her vote had been recorded as yes when she had meant not according to the party line.

The EFF and the DA had none of that.

DA’s leader John Steenhuisen said what Mapisa-Nqakula had done to allow people to change their votes was not in the rules and could not be allowed. Mapisa-Nqakula retracted the decision she had earlier made, saying that she could not allow the voting process to be undermined. This then meant that Mahambehlala’s vote could not be amended.

JUST IN: Thandi Mahambehlala says that her vote was captured as Yes, she says she actually voted no.#PhalaPhalareport @City_Press

While debating the motion, ANC chief whip Pemmy Majodina said that Ramaphosa was currently being investigated by other organs of state regarding the Phala Phala theft and that those processes must be allowed to run their course. The NFP also used the same argument in not voting for the motion.

Minister of justice and correctional services Ronald Lamola said rejecting the report did not mean that ANC MPs were not holding Ramaphosa accountable.

He also criticised the panel and the methods it used to come to its conclusion.

In a nutshell, the panel has lowered the bar too low for proceedings to impeach a sitting president to commence and that will set a very dangerous precedent for our constitutional democracy.

While Malema accused Ramaphosa of “pissing on the Constitution” that he had helped to draft, Steenhuisen said the message the ANC was sending was that if you have the numbers in Parliament, you can get away with anything.