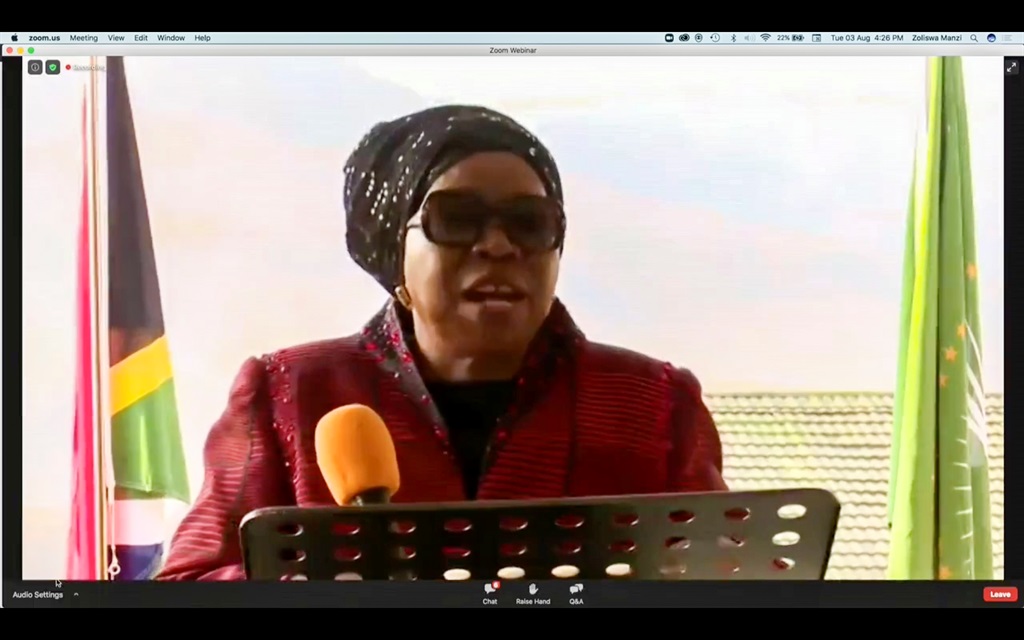 The proclamation of October 27 as the date of local elections by Cooperative Governance and Traditional Affairs Minister Nkosazana Dlamini-Zuma does not invalidate plans by the Electoral Commission of SA (IEC) to approach the Constitutional Court to seek permission to hold elections by February next year.

On Tuesday, Dlamini-Zuma announced her proclamation of the October 27 as the local government poll date but added that she was aware of the IEC’s proposed course of action. She said she was not empowered to postpone the elections to a date beyond the 90 days as prescribed by the law. She was therefore legally bound to gazette the date by the this week, when the current councillors’ term ends.

The IEC recently adopted a report by former Deputy Judge President Dikgang Moseneke, whose commission found that it was not reasonably possible or likely that the October local elections would be free and fair given the constraints on campaigning imposed by the deadly Covid-19 pandemic. Because of the coronavirus, the country went on lockdown measures that include prohibiting free interaction between people. Gatherings were stopped in order to contain the spread of the infections.

By-elections have been stopped and then allowed since last year, depending on the severity of the number of infections at a particular period. They are currently not allowed under lockdown level 3 as political gatherings are still banned.

Moseneke recommended that the IEC should approach a court to seek the deferral of the elections to next February.

The IEC later said it accepted his rationale that greater immunity through mass vaccination was a desirable precondition for a safe, free and fair election to be realised.

City Press has learnt that the IEC will on Wednesday launch a court application seeking the poll’s postponement. Scientists who presented before the Moseneke commission had said the country would not have reached herd immunity – which is 40 million people vaccinated – by October 27 for free and fair elections to be held.

Moseneke had also reasoned that even if October could be a low transmission month, it should be understood that elections are not just what happens on the day, but also in the period preceding the election day. There has to be an assessment whether political parties had been able to campaign freely and fairly in that period.

Not helping matters is that the 14 political parties represented in Parliament are almost evenly split on the issue, with some arguing elections to go ahead while others are agitating for a postponement.

The DA has been dead set against any postponement while the EFF has pushed very loudly for a postponement.

Said an insider: “As the IEC we do not have powers to just postpone elections, you have to seek a different authority to grant you the right to. We have to go to court to say we have a predicament, we can’t meet the constitutional requirements of making sure elections happen within five years plus 90 days.

We are asking for an order that authorises us to go beyond 90 days. Therefore grant us this interim arrangement to hold elections later than 90 days. So our prayer going to court is to ask it to declare that the commission may hold elections outside of designated date 90 day period, meaning by end of February.
An IEC insider

If the legal action succeeds, the court would also be asked to withdraw Dlamini-Zuma’s proclamation notice so that she issues a fresh one with a new date. In its reaction to the proclamation of the election date, the DA said “this now firmly places the ball in the IEC’s court”.

“We understand the minister’s intention: she hopes that the proclamation will give the IEC legal grounds to approach the Constitutional Court to postpone the election.”

“But the Constitutional Court is not a rubber stamp, and there is still the possibility that the election might in fact proceed on October 27.”

The DA maintained that this was what should in fact happen. Not only because “it is bad for the Constitution to tinker with election timelines, but also because communities should be given the chance to vote for change”.

We live in a world where facts and fiction get blurred
In times of uncertainty you need journalism you can trust. For only R75 per month, you have access to a world of in-depth analyses, investigative journalism, top opinions and a range of features. Journalism strengthens democracy. Invest in the future today.
Subscribe to News24
Next on City Press
How councillors failed their people

Sign-up to our newsletters and get the latest results and info in your inbox.
Voting Booth
Some parts of the City of Johannesburg have become dilapidated, with potholes, piles of garbage and the stench of urine now being the prominent features of these areas. Who is responsible for the deteriorating state of these areas?
Please select an option Oops! Something went wrong, please try again later.
Government failure
77% - 153 votes
Residents
10% - 19 votes
Overpopulation
13% - 26 votes
Previous Results
The best of 2020
Can you guess who featured in our most popular articles from 2020?