Mpumalanga mayor refuses to hand over the mayoral chain The ANC suspended Mkhatshwa on Thursday after he refused to hand back the mayoral chain to the party’s preferred candidate, Phindile Magagula. Photo: Tebogo Letsie

In Mpumalanga, renegade Nkomazi Local Municipality Mayor Johan Mkhatshwa has defied the ANC for the second time and gone ahead with appointing members of the mayoral committee.

The ANC suspended Mkhatshwa on Thursday after he refused to hand back the mayoral chain to the party’s preferred candidate, Phindile Magagula, who was appointed by the national executive committee (NEC), following a selection and interviewing process.

Mkhatshwa and Speaker Siphiwe Mashele were elected to their positions against the wishes of the ANC and with the support of opposition councillors, during the new council’s inaugural meeting on November 23. 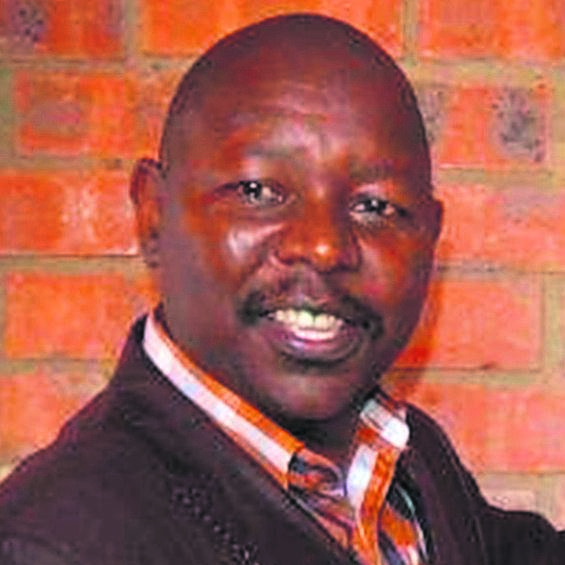 Johan Mkhatshwa was suspended after he refused to hand back the mayoral chain to the party’s preferred candidate. Photo: File

Mashele called a council meeting on Friday, which was attended by only 37 of the 63 councillors, during which Mkhatshwa appointed a mayoral committee that included EFF councillor Bandi Shongwe, who is the EFF Ehlanzeni district secretary.

Mkhatshwa did not respond to City Press’ attempts to get comment.

His blatant act of defiance has its roots in the ANC factions in the province, but is also fuelling rumours that a group that supports suspended Ehlanzeni regional task team deputy convenor Ngrayi Ngwenya intends to form a new political party.

The provincial executive committee (PEC) slapped Ngwenya with a five-year suspension last month, related to misconduct charges regarding to his support of former president Jacob Zuma when he was about to be incarcerated in July for contempt of court. Ngwenya and Mkhatshwa are political allies.

Mpumalanga has two factions – Focus, which wants acting ANC chairperson Mandla Ndlovu to take over as chairperson in the long-overdue elective conference; and Ngci, which is seen as a group that wants to retain Deputy President David Mabuza’s grip on the province and has his support.

Mkhatshwa and Ngwenya are in the Ngci faction. The former’s defiance of the NEC can be interpreted as a fightback strategy by Ngci, whose power has been waning in the province.

Its MECs in Premier Refilwe Mtshweni-Tsipane’s cabinet were fired last year, and Ngwenya’s suspension has indicated a power shift from Ngci.

Meanwhile, the Focus faction has flexed its muscles, and it was able to deploy most councillors and mayors aligned to its faction after the local government elections.

This, in the long run, will see a power shift from the Mabuza-aligned Ngci for the first time since 2008, especially as the province prepares for an elective conference to appoint his successor.

A source within the Nkomazi council said that Mkhatshwa had remained with one of two of his previous bodyguards when he was mayor in the last term, but did not have the mayoral car.

Mashele has the use of the Speaker’s car. “I had never seen this,” the source said.

“The ANC must be decisive and act quickly. It may be difficult to declare the council meeting that elected them as null and void should the matter go to court.”

“The PEC will sit on Monday and make a final decision,” Ntshalintshali said.

According to an ANC provincial working committee report, Mkhatshwa initially promised Ndlovu that he would resign. However, he, changed his mind and told Ndlovu that his supporters had told him not to “withdraw” as mayor.

The report also highlights how rebelling ANC councillors cost the party in the Mkhondo (Piet Retief) council by giving the mayorship to independent candidate Mthokozisi Simelane.

The Speaker position went to Mduduzi Dlamini from the African Transformation Movement, while Siphesihle Mkhwanazi of the EFF was elected as council whip.

It also shows how arrogant ANC councillors were in Msukaligwa (Ermelo) as they elected their preferred councillors for the positions of mayor, Speaker and chief whip.

In Thaba Chweu, other renegade councillors pitted ANC comrades against one another, resulting in mayor Fridah Nkadimeng beating her comrade Paul Mokgosinyana with a single vote.

The report indicated that only one of the three Ehlanzeni regional task team deployees was able to attend a caucus meeting in Nkomazi to remind councillors to toe the party line and vote for Magagula as mayor.

“Immediately after the directive was given,” the report reads, “some of the councillors indicated that they were not going to follow the directive, but their conscience, as they were voted for by the communities.

The deployee tried to alert the regional leadership, but he could not reach them due to the fact that they were all attending caucuses.”

The PEC has recommended that the provincial working committee consider disciplinary action against all the councillors who defied the party’s decision.

Ntshalintshali said that all councillors involved in nominating the wrong candidates for positions in the affected councils would be subjected to a disciplinary process.

The provincial elective conference is expected to sit early next year to elect Mabuza’s successor.

Are party representatives answerable more to their party or to the people?

SMS us on 35697 using the keyword RENEGADE and tell us what you think.

Please include your name and province.