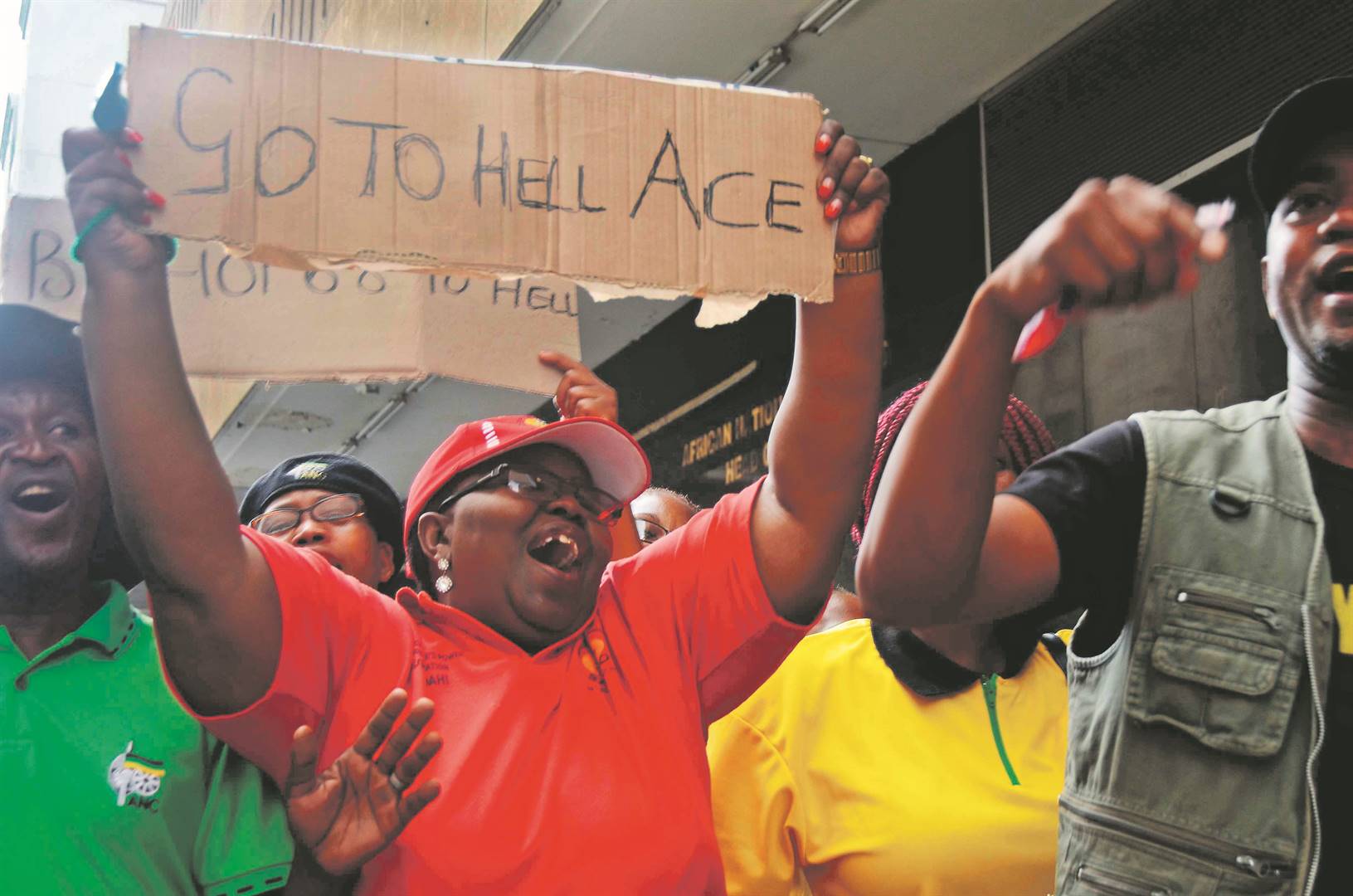 Members of the ANC Free State region protest outside Luthuli House on March 5 2018 in Johannesburg. Angry Free State ANC members descended on the party’s headquarters, demanding that the provincial task team be reconstituted because it was pro-Ace Magashule, the former premier of the province. Picture: Gallo Images

The anti-Magashule group of ANC Free State members are planning a protest action on Wednesday regarding the corruption in the province.