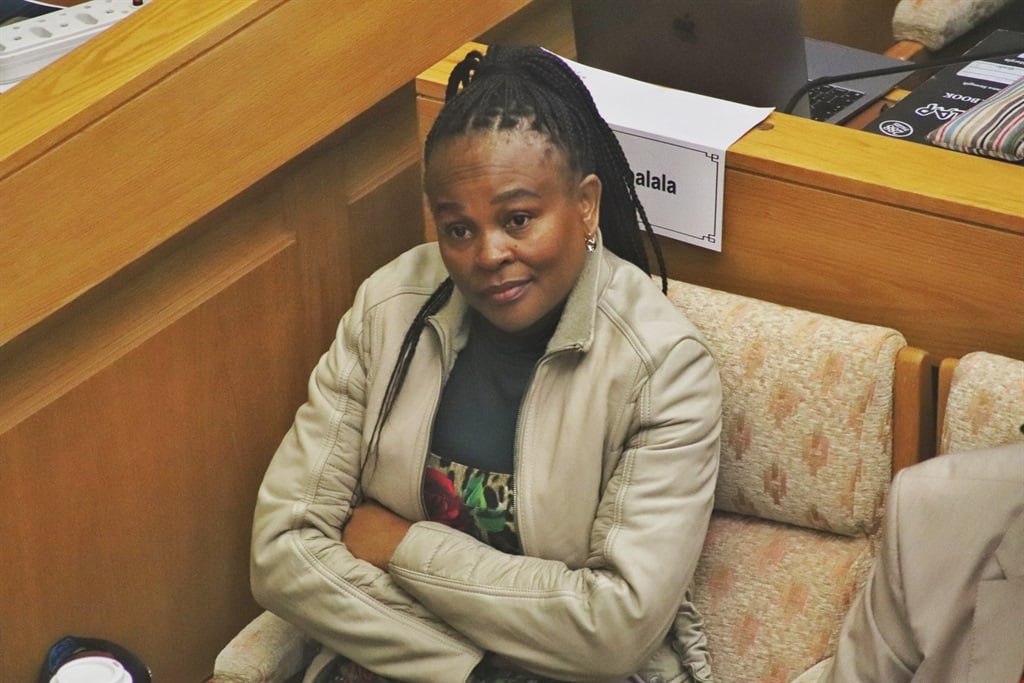 A legal opinion from Parliament’s legal services says President Cyril Ramaphosa’s evidence before the Section 194 committee into the fitness of suspended Public Protector Busisiwe Mkhwebane to hold office will not be relevant to its work.

As a result, the committee will not subpoena Ramaphosa after it was asked to do so by Mkhwebane’s legal team.

Last week, legal counsel to the suspended Public Protector Dali Mpofu indicated to the committee that they had written to the chairperson, Qubudile Dyantyi, to subpoena Ramaphosa to the inquiry.

This is after last month when the state attorney told the legal team that their request for Ramaphosa to appear in the inquiry did not meet the threshold and he would not appear. This followed Mkhwebane’s legal team writing to Ramaphosa to request he testifies – among others – that he made perjurious accusations against Mkhwebane.

Ebrahim said the committee may only use its constitutional powers to summon Ramaphosa or any other person to provide information that is necessary for it to determine the veracity of the charges.

“While we note that the request by the PP [Public Protector] to the committee is apparently narrower than the request to the president, we note nonetheless that the president should not be called to answer questions related to the suspension of the PP and the current litigation processes before the courts. This committee is neither empowered nor seized with any inquiry into the suspension of the PP, which, in terms of section 194 (3) of the Constitution, is a prerogative of the president. The appropriate forums to deal with such matters remain the courts,” reads the legal opinion.

READ: Another witness caught in a lie during Mkhwebane impeachment

Several MPs said they agreed with the legal opinion and that Ramaphosa must not be called to appear before the inquiry.

Good MP Brent Herron was the lone voice who said Mkhwebane’s legal team must be allowed to indicate with “some specificity” why Ramaphosa’s evidence would be relevant to the committee.

However, Dyantyi said, after listening to all the contributions that had been made by the committee members, the consensus was that Ramaphosa should not appear before the inquiry.

If there is a letter that we must write to the Public Protector’s legal team, it is that the subpoena for the president is declined, that is the summary based on legal arguments listed there on that particular legal opinion.

Mpofu had also written to Dyantyi that he wanted former Sars executive Johann van Loggerenberg and deputy commissioner Ivan Pillay to be recalled as witnesses, as there were outstanding questions he needed to ask them.

Again, MPs said if there were outstanding questions, they needed to be addressed in writing as the committee was racing against time and could not spend more time on the same witnesses. They also raised that Van Loggerenberg’s testimony took three days and that both witnesses had been asked the same questions “over and over again”.

Dyanyti ruled that witnesses would not be recalled “for the sake of it”, and that they could only be recalled for specific issues.

“There must be specific issues raised that detail why ‘we are recalling this witness’, [and] ‘these are the specific questions that we want this witness to respond to, whether it is in writing or orally, not just recall for the sake of recalling.

“And, the request made so far from the legal team [of Mkhwebane] does address that. The request made is that ‘we want half a day for each or a full day for each [witness]’. You don’t have stipulated details as to the recall of Van Loggernberg, who spent three days with us. What are the gaps that you are recalling this witness? That must be put down and you have to insist on that,” he said.

READ: Mkhwebane ‘didn’t invent’ ideas about the mandate of the Reserve Bank

However, Herron said it would be “procedurally unfair” to deny Mkhwebane the right to conclude her cross-examination of the two witnesses.

“If there is cross-examination that was not concluded, and we know that there was because her legal team objected when we closed that cross-examination down, I think she should be allowed to conclude the cross-examination of those two witnesses to meet what I think is a quite high threshold of procedural fairness that is thrust upon us by Section 194 of the Constitution, which protects the Public Protector from arbitrary removal,” he said.

‘Cost of the committee’

African Christian Democratic Party MP Marie Sukers also raised the issue of protecting witnesses and the cost of the inquiry.

Sukers said witnesses had been intimidated during cross-examination and that the committee had a duty to protect them:

The concern here is that this becomes a new form of injustice towards people and I really feel that as a committee, we cannot allow that to happen.

She cited examples where the head of the Public Protector’s office in the Free State, Sphelo Samuel, had been called a “public attacker” and was asked if he knew how to count to 10 during cross-examination by Mpofu. She said such things played a huge role in future witnesses coming before the committee.

“I really feel that it is not a joke for somebody to be emotionally terrified or to be intimidated in a parliamentary process. It is not okay for us to allow that to happen. And, we could see the difference in terms of the witnesses that appeared last week that people are feeling intimidated. I’m certain of that just from what I observed,” she said.

She said Samuel had also been threatened that he would be charged with perjury, and wanted to know who had the authority to lay those charges. She added if witnesses were going to be threatened like that, then the committee must also see that counsel was appointed for them if they could not afford to, should they have to face a court challenge because of appearing before the committee. Mpofu told Samuel that Mkhwebane would open a case of perjury against him for allegedly lying about her under oath during his testimony.

Sukers also raised the issue of the costs of running the inquiry pertaining to the cost of counsel. She said the committee had a “constitutional duty to the people of South Africa in all of this”.

“That is the one point, and we are in a meter taxi here that is obviously raking up costs. And so, my issue around cost is within that context. If we run over time, it makes an immaterial difference to the costs for the South African taxpayer,” she said.

The committee was initially meant to wrap up its processes in August and conclude all its processes by September. But, it now appears that it will still call witnesses in September.

We live in a world where facts and fiction get blurred
In times of uncertainty you need journalism you can trust. For 14 free days, you can have access to a world of in-depth analyses, investigative journalism, top opinions and a range of features. Journalism strengthens democracy. Invest in the future today. Thereafter you will be billed R75 per month. You can cancel anytime and if you cancel within 14 days you won't be billed.
Subscribe to News24
Next on City Press
Lesufi becomes Gauteng's seventh premier