Why Magashule report was leaked 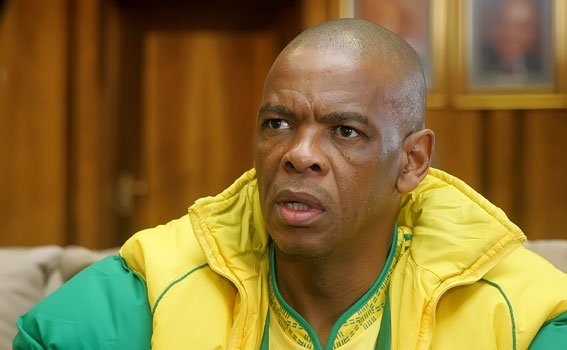 The broken relationship between the ANC integrity commission and the office of party secretary-general Ace Magashule has been blamed for the “clumsy” handling of the report on the step-aside hearing between him and the commission last weekend.

Instead of following the normal communication channels, on Tuesday the commission opted to circulate the outcome of the hearing to all national executive committee (NEC) members.

Following this unprecedented step, the report – which recommended that Magashule step aside or be suspended – was leaked to the media, placing Magashule under public pressure.

City Press also heard of a tense moment during the hearing last Saturday in which Magashule allegedly felt that one of the committee members – mentioned as Terrence Tryon, former secretary-general of the erstwhile South African Students’ Organisation – was asking questions with an “attitude”.

A person close to Magashule confirmed the incident.

The integrity commission had become increasingly frustrated that a lot of its work, shared with party structures like the NEC through Magashule’s office, was often ignored and sometimes did not even reach the intended recipients.

Procedurally, the Magashule report, like all others before it, ought to have been shared first with the officials at his office, who would then have provided guidance to the national working committee (NWC) on how best to deal with the matter.

The NWC sets the agenda for the NEC, which is the party’s highest body between national conferences.

A source at Luthuli House said that the way the report had been handled had caused further difficulties in resolving the issue.

“Once it’s out in the media, it becomes very difficult to have a rational discussion. You aren’t able to guide the conversation, [Magashule] or anyone else on how they should handle this matter. When confronted, they said they had previously sent reports to Magashule or his office, but it appears that the NEC sometimes hadn’t receive those reports.”

In August, the integrity commission prepared a report for the NEC in which it complained that its reports were “not acknowledged or tabled at the NEC”.

“The [commission] wonders whether ignoring and/or hiding [commission] reports is a failure of the ANC’s administration or a purposeful action to hide [commission] recommendations from the NEC, or both,” said chairperson George Mashamba.

If the NEC pushes for Ace to go, it’s going to be difficult for the ANC to campaign in other provinces.
Senior ANC leader

However, City Press heard this week that “the commission’s preferred solution merely aggravated the problem in the context where there was suspicion of a factional lobby to remove Magashule from office prematurely”.

The ANC Women’s League said on Tuesday that the commission should “guard against being coerced by some of our historical class enemies to purge duly elected leadership of the ANC”. Magashule’s allies were also bolstered by comments from ANC KwaZulu-Natal secretary Mdumiseni Ntuli, who said that lengthy court postponements to allow for further investigation after a person had been charged gave credence to perceptions of the abuse of the state power by the prosecuting authority for political motives.

“It gives the impression to comrades that there are people in this country and within the ANC who are convinced that state organs are being manipulated and used in order to advance political agendas,” said Ntuli in a media briefing in Durban on Thursday.

His comments were in response to the corruption case against former eThekwini mayor Zandile Gumede, who was arrested in May last year, but who had not yet been charged.

The ANC provincial executive committee in the profile had subsequently reinstated Gumede as a member of the provincial legislature, after she reported her frustrations to the provincial integrity commission.

Another senior ANC leader warned of a backlash against the party in next year’s municipal elections if Magashule was unseated.

“If the NEC pushes for Ace to go, it’s going to be difficult for the ANC to campaign in other provinces. Branches that support Magashule might want to punish the ANC if he’s removed. You can’t take that [support] for granted and we could lose municipalities. Then Ramaphosa would have to explain the loss of municipalities under his leadership.”

Magashule appeared before the Bloemfontein Magistrates’ Court last month on charges of fraud, corruption and money laundering related to the asbestos project in which the Free State provincial government paid more than R200 million for work that was not done.

We should have worked out the rules on implementing these resolutions soon after Nasrec and been thorough about it.
ANC insider

Magashule, who was then premier of the province, has refused to step aside following the charges, arguing that only ANC branch delegates who elected him during the national conference in 2017 had the power to remove him.

According to a resolution of the ANC national conference in 2017, all members who are facing criminal charges should step down. However, the last NEC meeting of the ANC earlier this month agreed that the top six should lead the process to develop guidelines that would enable implementation of the resolution.

ANC insiders said the process to develop the guidelines for the step-aside policy would probably require input from one or more legal experts to ensure that the final framework passed muster.

Once the draft guidelines had been completed, the officials were likely to embark on a wide consultation process with other constitutional structures, including the NWC, the provincial leadership of the party and all the leagues.

‘TOP SIX SLEEPING AT THE WHEEL’

More critical ANC members have slammed the top six for “sleeping at the wheel” in the period since the 2017 Nasrec conference, suggesting that Luthuli House – or, specifically, Magashule’s office – should have been more proactive and long ago thrashed out the implementation details of all the conference resolutions, including those calling for economic transformation such as land expropriation without compensation, the nationalisation of the SA Reserve Bank and the creation of the state bank.

“We’re discussing these guidelines in the context where the secretary-general has already been charged; there are views that he should step aside on the back of the conference resolution. Obviously, these rules won’t be discussed objectively, but with Magashule in mind,” said an insider.

“But now we’re simply sitting on those resolutions and only dust them off when there’s conflict, before we’ve applied our minds to [what should be done].”

We live in a world where facts and fiction get blurred
In times of uncertainty you need journalism you can trust. For only R75 per month, you have access to a world of in-depth analyses, investigative journalism, top opinions and a range of features. Journalism strengthens democracy. Invest in the future today.
Subscribe to News24
Related Links
‘Cyril appeared before integrity commission’
ANC NEC meeting: Factions went pound for pound and Magashule dodged a knockout
Cyril goes or Ace stays: Showdown expected at ANC NEC meeting as factions clash
Next on City Press
Opinion: Damaging audio leaks from ANC meetings show how Ramaphosa being undermined