An ongoing initiative to protect the welfare of wildlife in South Africa and help restore Mozambique’s elephant population is also one of the largest elephant translocations so far recorded in South Africa.

In the first phase of the project in 2018, 60 elephants were moved 1 700km from De Beers Group’s Venetia Limpopo Nature Reserve in South Africa to Mozambique. The 60 elephants were transported last July to Zinave National Park in central Mozambique. Another 150 elephants will be moved to conservation areas within Mozambique from this year.

De Beers Group has partnered with the Peace Parks Foundation, a leading nonprofit organisation focusing on the preservation of large functional cross-border ecosystems, to carry out the initiative.

Through formal agreements with Mozambique’s National Administration for Conservation Areas, the Peace Parks Foundation co-manages Zinave National Park, which is an integral component of the Great Limpopo Transfrontier Conservation Area.

The Peace Parks Foundation will assist De Beers Group with the translocation, ensuring the elephants’ social groups aren’t disturbed and that they flourish in their new habitat through ongoing monitoring of their wellbeing and enhanced protection efforts.

Covering 32 000 hectares and established in the early 1990s, Venetia Limpopo Nature Reserve can accommodate about 70 elephants without adverse impacts on the surrounding ecosystem.

However, before the first phase of the project, there were more than 270 elephants on the reserve as a result of natural population growth. 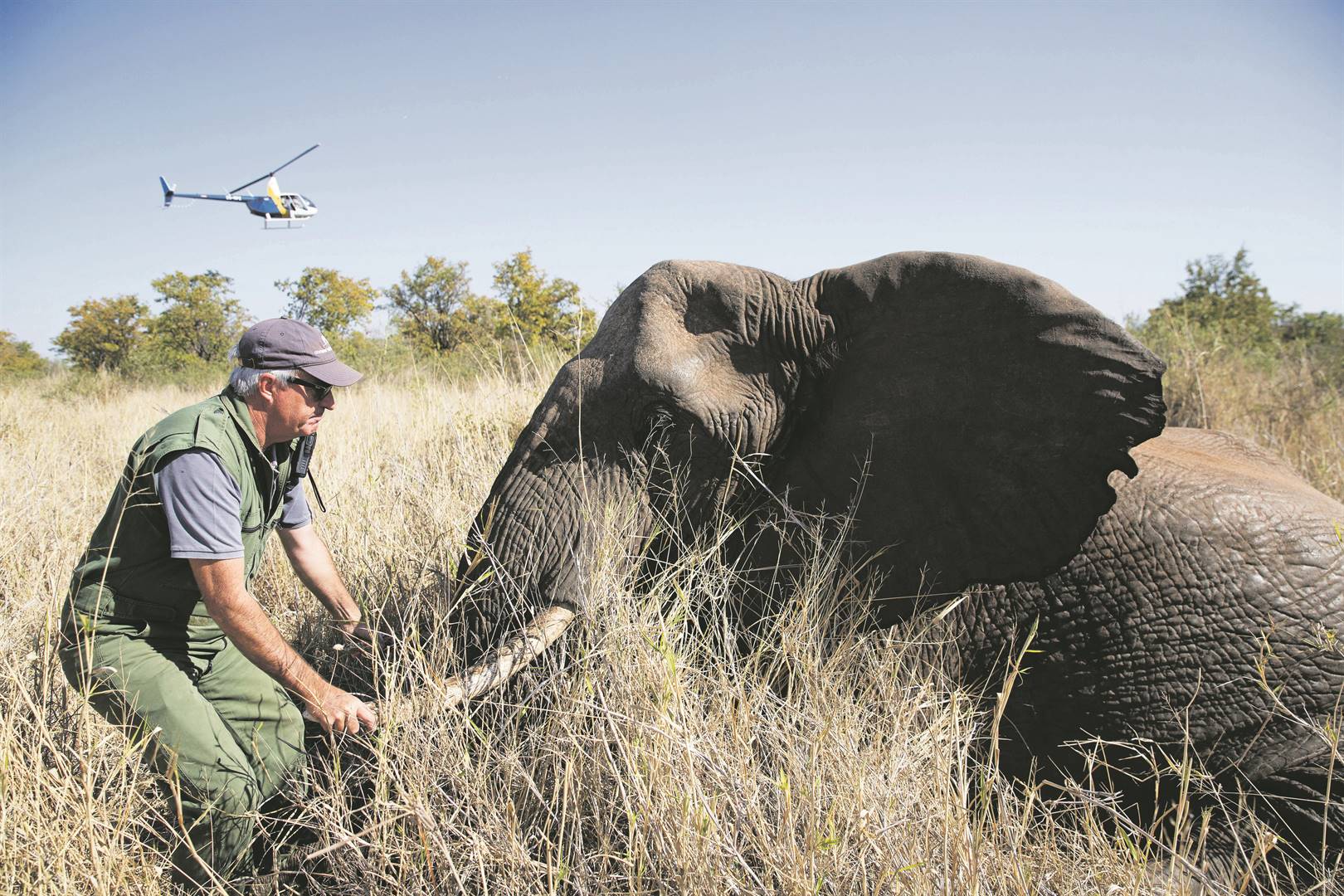 Kester Vickery of Conservation Solutions manoeuvres a sedated elephant into position before it can be moved.

By contrast, wildlife populations in Zinave National Park, which was founded in the 1960s, were critically depleted during Mozambique’s 15-year civil war. The park offers significant carrying capacity for large numbers of elephants across its 408 000 hectares and is currently home to only about 110 of them.

As part of its investment, De Beers Group is also providing the Peace Parks Foundation with R7.4 million over five years to help fund antipoaching support measures, which will include the hiring and training of new park rangers, and the opening of new access roads to increase patrol coverage.

We live in a world where facts and fiction get blurred
In times of uncertainty you need journalism you can trust. For only R75 per month, you have access to a world of in-depth analyses, investigative journalism, top opinions and a range of features. Journalism strengthens democracy. Invest in the future today.
Subscribe to News24
Related Links
Super couple treads where others won’t
Entrepreneurs standing on their own feet
Anglo American: A key cog in SA’s economy
Next on City Press
Doctor about town: Caring for thousands of patients