The faces of Marikana: Part II It’s been seven years since 34 mineworkers were shot dead in a burst of police gunfire during a protest at the then Lonmin Platinum’s Marikana operations. Ten people, including security guards and police officers, were killed in the run-up to the mass shootings at two sites around a koppie where workers had gathered during their strike, demanding a minimum salary of R12 500 a month.Much has been said and written about what has become known as the Marikana Massacre, and a commission of inquiry was set up to find out exactly what happened. But there were journalists on the ground when it all went down. This is how they reported on the Marikana Massacre in August 2012.This week City Press went back to Marikana. Read our feature on this ghostly mining town in Sunday’s print edition.

His first name was Stelega, a word Swazi language speakers use to describe a strike.

Ironic then that Stelega was shot by police during a strike by miners at Marikana.

Stelega hailed from the rural village of Dvokolwako, 60km from the city of Manzini, in Swaziland.

He left the kingdom in 1982 to search for work in South Africa and changed mining jobs a few times before settling at Lonmin in 1989.

He worked hard and climbed the ladder to become team leader.

The father of 11 children, aged between four and 28, he was his large family’s sole breadwinner. His dream was to extend their four-room house.

“He was our only hope. He was responsible for everything in the house,” said Stelega’s daughter, Hlengiwe (28). “Whenever he was on leave, he often spoke about building us a bigger house.”

Stelega’s wife, Betty, could not talk to City Press as Swazi culture forbids it because she is in mourning.

Meanwhile, close relatives were trying to imagine what would happen to Stelega’s family and all the other relatives he carried on his shoulders.

Hlengiwe said her father phoned to update the family about the strike shortly before he died.

The last time he phoned, he told her the situation was getting tense, and that helicopters and police had been sent to the mine.

“They should have dismissed him rather than kill him like that,” she said. Bongani would have started building his house last week. Instead, he was buried in his home village of Jabavu, near the Eastern Cape town of Matatiele.

His sister, MmaTshepo Letshaba, said Bongani had told her he would soon be taking his month-long leave to begin building his home on a plot
he bought next to her house.

“He asked to be fetched from Matatiele on Friday, August 31,” MmaTshepo said, adding that hewas very excited about the prospect of having a home of his own.

He was going to move his wife and two-year-old daughter, with whom he lived in a shack in the Nkaneng informal settlement near the mine in Marikana, into the new house once it was built.

Bongani had worked for Lonmin for several years since dropping out of school in Grade 9, his sister said.

“He helped us a lot, he assisted whenever we needed help.”

MmaTshepo said that as her husband worked far away from home, as a driver in Mpumalanga, Bongani helped out whenever her and her family were in need of extra money.

The two of them were very close, she said, as their parents had died when they were young.

She and her brother were raised by her husband’s family.

“Sishiyeke sibabini ngoku (there’s only two of us left now),” she said, referring to herself and her brother’s widow, who she regards as her only remaining sibling. 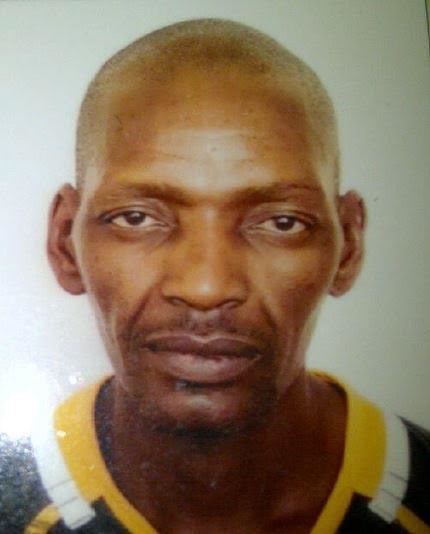 Jackson dreamed of his wife and eight children having a proper home.

His brother, Joel, said the man who was buried at his homestead in Bethania, near the Eastern Cape town of Mount Fletcher last weekend, was passionate about improving his family’s circumstances.

That could have been what prompted the rock-drill operator to join the strike.

“I’m worried because he left a house he had just started building with the little money he had,” Joel said.

“So I really don’t know who is going to finish it. Recently, when we were preparing for the funeral, we had to put a tent on top of those walls with no window and no doors.”

The family remains as he left them, occupying a single rondavel and one other room.

“He was trying his best to build up something for his family,” Joel said.

Although Lonmin has promised to educate the children of the mine workers shot dead, Joel said the family discovered in the days leading up to his brother’s funeral that some of his younger children were not registered as dependants with his employer, Lonmin. Thabile had not been working for Lonmin for nearly a year when he was shot dead.

“He worked there for two years, but was fired last year after taking part in an illegal strike,” said his sister, Xolelwa.

His family says he only joined the protest after the Association of Mineworkers and Construction Union (Amcu) promised to help him get his job back.

Thabile, from the village of Mvalweni, near Mount Ayliff, was his family’s sole breadwinner.

He supported his one-year-old baby, his siblings and their children, aged between 7 and 13.

He dropped out of school in Grade 7 following his parents’ deaths as “he could no longer afford school fees and a uniform”, his brother said.

He wanted better for his nieces and nephews, all of whom he was putting through school.

After leaving school, Mpumza went to Johannesburg and landed a job at a company manufacturing aluminium products, before joining relatives on the platinum fields in North West.

“It’s hard, we don’t even know where to start,” said Xolelwa at the family’s homestead overlooking the Mvalweni River.

Thabile died a few days after his grandfather passed away. They were buried on consecutive weekends.

His desperate siblings are now asking Lonmin to reinstate his position and allow his elder brother, Siyabulela (32), to take over his job as a rock-drill operator. He has been unemployed since 2003. Thabiso’s 74-year-old mother still feels physical pain following the shock of being told her son was shot dead at Marikana.

“We only got to know he was dead when others were already buried,” she said.

“I’m sickly following his death. My body aches,” she told City Press at her modest homestead in the village of Matsheleng, near Mount Fletcher.

Thabiso’s mother said he was in his 50s and his death had left three of his four children orphaned.

After his first wife – the mother of his eldest three – died, he remarried and lived with his second wife, the mother of his youngest child, in the Nkaneng informal settlement near the mine at which he worked as a winch erector.

His youngest son from his first marriage, Tshepo, a Grade 10 pupil at Sidinane High School, used to visit his father in the school holidays.

“I’m at home now. Because my grandmother’s pension payout is still a few weeks away, I didn’t go to school,” Tshepo said.

“We’re grateful to the Sassa (SA Social Security Agency), which brought groceries,” she said, pointing to a food parcel delivered by government officials.

Thabiso was buried at his village yesterday. Thabiso may have known that he was going to die.

In his modest shack in Nkaneng a few months before he was killed, he told his wife, MmaKopano, the mother of his only child, whom he lovingly always called “dear”: “Respect me when I’m dead. Respect my grave.”

He lived with his wife in Nkaneng near the Marikana mine, described as a “house of laughter” by a neighbour who had travelled from there to attend his funeral.

Their home, however, was in Paballong, near the Eastern Cape town of Matatiele.

Others described Thelejane and his wife as a rare sight for a couple their age.

“It’s rare to see grown-ups so in love like lovelorn teenagers,” said a neighbour.

“No man loved Jesus like Ntate Thabiso,” said one of his fellow parishioners at Paballong’s Roman Catholic Church.

Another of his colleagues at Lonmin, Nkopane Mokoena, said they nicknamed Thelejane “Mapopota”. Those in his village and close friends affectionately called him “Zem Zem”.

Mokoena said Thelejane was a kind man and a people person who did not hesitate to join the strike that led to his death because he wanted to support his colleagues’ cause.

He had only been working at the mine, where he was employed as a team leader, for a few months.

His family said that they hoped his blood and that of his 33 colleagues would water the tree of freedom for mine workers.

His wife’s sister, who only identified herself as Ms Gungubele, said Thelejane was like a brother, always willing to help whenever his in-laws were in need.

“He was inseparable from his wife,” she said.