Mbhongweni – The village that birthed a fighter “But she was also feisty and, unlike many young girls, would not be bullied by the boys from the village,” said the 81-year-old, who is just a few months younger than Winnie Madikizela-Mandela.

“She had so much courage. She would even go and herd cattle with the boys in the veld. There would be fights and she would pick up her stick and fight back against boys bullying her.

“She was also a bit naughty. For instance, our parents prohibited us from swimming in the dams, but she we would defy them and swim. And her father would give us a hiding when he found out. We would cry, but eventually would do it again hoping we wouldn’t get caught,” said Madikizela.“She was also a little shy, but was very clever at school. She was always smiling and treated all of us the same.”

Speaking from his home in Mbhongweni, 33km from Mbizana, Eastern Cape, Madikizela said his cousin had a “heart of gold”.

“From a young age, she loved people. I was not surprised that she became someone important in life, though I did not expect it to be this huge,” he said.

“She was always the reference point whenever other children would get stuck with their school work. Because she was the daughter of a teacher, other children assumed she knew everything. She would help everybody in whatever way she could.”

A neighbour, Zwelomoya Xhala (76), said he remembered when Madikizela-Mandela’s father Columbus would send them to his house, which was next door to their Mbhongweni Junior Secondary School, to fetch biscuits for all the pupils. “Mama Winnie was older than us. When we got there and told her that her father had told us to ask for biscuits, she would not be upset that we were finishing her biscuits. She would in fact give us even more biscuits than what her father would have asked for. She did not mind sharing,” he said.

“I think that, from a very young age, she could see that her family was better off than most of us in the village. There was a shop at her home and her father was the teacher in the only school in the village, and for that reason she recognised the need to share.”Mbhongweni village is a poor community where residents survive mainly on social grants. The long gravel road leading to the village is almost impassable. The only source of water is the nearby river, which the cows also drink from and where the pigs swim.“This village is really left behind. We don’t know what democracy is,” said Malungela Madikizela (45). 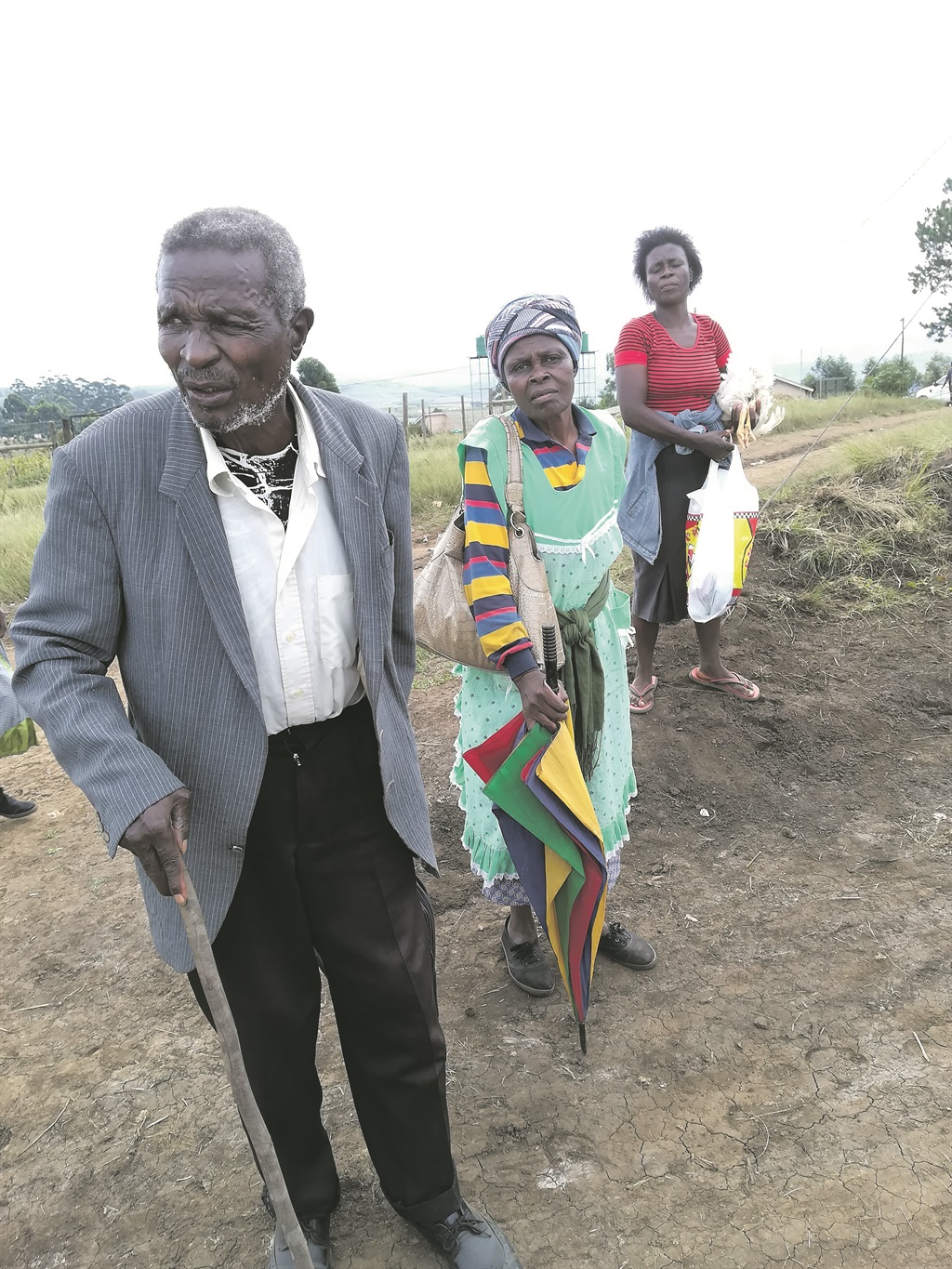 “Mama Winnie had tried to assist this village. When we last saw her here, it was in 2008. She promised she would speak with government to bring us electricity. And indeed, for the first time in our lives, in 2010, we had electricity in Mbhongweni.”

Malungela called on government not to let Madikizela-Mandela’s wishes die with her. They include her wish for a hospital in the village, a tarred road, water provision and organising cooperative projects for women in the village. Children play in an old bakkie outside the house Winnie Madikizela-Mandela grew up in. Picture: Lubabalo Ngcukana

“Developing this community was very close to Mama’s heart. Even though she was staying in Johannesburg, she was still in touch with her roots,” she said.

The Madikizela-Mandela homestead at the centre of the village is a shadow of its former self.

On Wednesday, it appeared that nobody lived there any more. The yard was overgrown with grass, the building’s walls were cracked and dilapidated, and the main house, where Madikizela-Mandela used to live with her family, is completely deserted and inhabited by goats and sheep. A small flat on the property is used by relatives.

A elderly man cleaned the area around a small rondavel inside the homestead – the tiny, empty heritage site in honour of Madikizela-Mandela.

Villager Thengizwe Tanzi (80) feels it is an insult to her that the site is so run-down. “How can you put a single rondavel there and expect it to be a memorial for someone of Winnie’s stature? And also, you don’t even build a road coming to that memorial site?

“It is an insult by government for someone who had done so much for this country,” he said.

Tanzi went to school with Madikizela-Mandela and then left to work on the mines.

“She was a clever girl at school. She was loved by many because she was not aloof just because she was the teacher’s daughter. We also wanted to be close to her because we wanted favours from her. They had a shop at her home, so anyone who was friends with her stood to benefit,” he said.

“We played together with her. She was shy, but very firm. She was not a pushover, and would fight her own battles like every other child and not run to her father or brothers for help.”

The villagers in Mbhongweni said they had hoped Madikizela-Mandela would be buried there – alongside the rest of her family.

“We are very saddened that she will be buried in Johannesburg. Mbhongweni is her home, and we had hoped that she would come and rest here next to her parents and forefathers.

“She has done a lot for the country and we wanted her to come back home to rest among her people. But we respect the family’s wishes,” said Malungela.

“It might be the building of a school or any other thing. There might be a number of places in which we shall cement her memory in the minds of her people,” he said, adding that a provincial memorial service would be held in Mbizana next week.

“When my career in television took me to Johannesburg, I met Zindzi, who was working for Operation Hunger at the time. She made me aware that I shared a birthday with Mama and kindly introduced me to her.

“I enjoyed her warm hugs. She was so warm, approachable and ready to offer advice on any aspect of life. When I became a single parent, Mama would encourage and guide me,” she said.

“Mama taught me to fight for my beliefs, and to be bold and honour people irrespective of their social standing. My province has lost yet another legend. Hamba uyokuphumla, Mama weSizwe.”

We live in a world where facts and fiction get blurred
In times of uncertainty you need journalism you can trust. For only R75 per month, you have access to a world of in-depth analyses, investigative journalism, top opinions and a range of features. Journalism strengthens democracy. Invest in the future today.
Subscribe to News24
Next on City Press
Winnie’s friend keeps memorabilia safe for Madikizela-Mandela museum

Sign-up to our newsletters and get the latest results and info in your inbox.
Voting Booth
President Cyril Ramaphosa has announced that SA’s vaccine passport plans are coming on. What are your thoughts?
Please select an option Oops! Something went wrong, please try again later.
We cannot be forced
28% - 48 votes
It’s critical
26% - 45 votes
Vaccines save lives
46% - 78 votes
Previous Results
The best of 2020
Can you guess who featured in our most popular articles from 2020?