Empowering women with a purpose 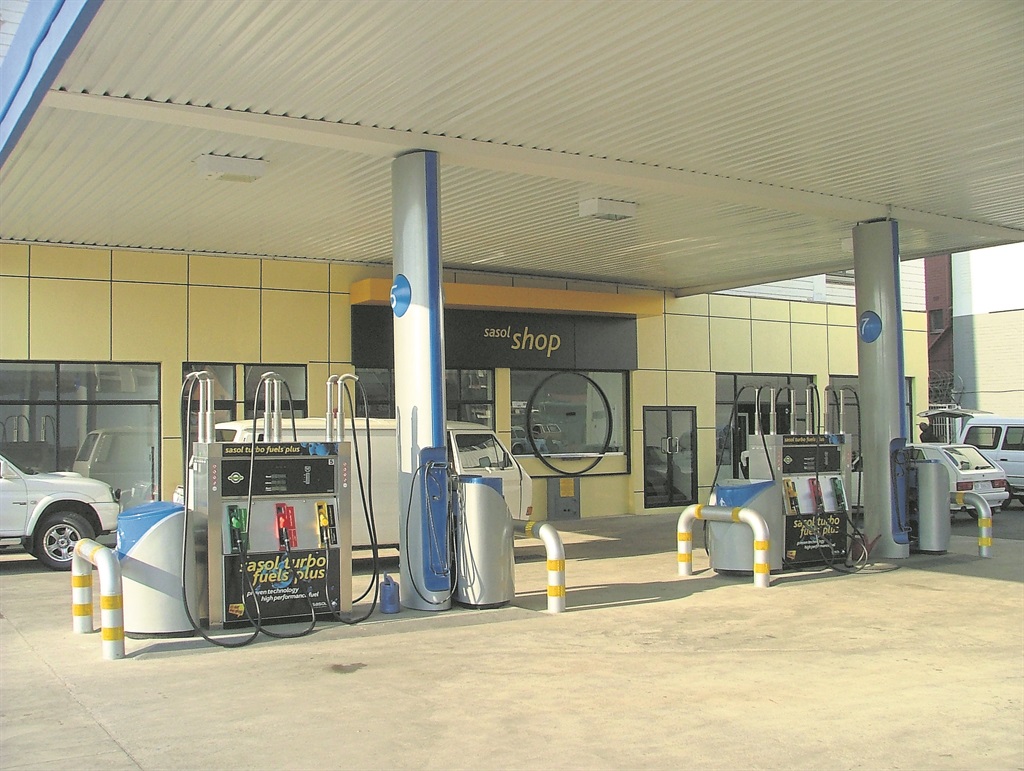 All over the world, women outnumber male entrepreneurs. This has led to a renewed focus on gender entrepreneurship and the development of appropriate interventions for gender-specific groups across the globe.

At the forefront of this effort in South Africa is the National Empowerment Fund (NEF).

Speaking at a Women’s Day event, the NEF’s CEO Philisiwe Mthethwa said the NEF is driven by the knowledge that if Africa had been destined for perpetual poverty, she would not have been so richly endowed with her vast and varied natural resources, and an illustrious history as a catalyst of human civilisation, as well as a burgeoning human capital.

“With almost 200 million people aged between 15 and 24 years, Africa has the youngest population in the world today.

“Contrary to global trends, the number of young people in Africa will double by 2045 and if this trend continues, the continent’s active labour force will amount to 1 billion people by 2040, making it the largest in the world, surpassing both China and India.

“Our future growth will be spurred by factors such as the most rapid urbanisation rate in the world; accelerating technological change or as others term it, the fourth industrial revolution, which will help unlock new opportunities for consumers and businesses; and equally important, the jewel in the crown that women in Africa are on the rise as leaders across the social spectrum, and in this ascendancy we are unstoppable.

“Just like our beloved continent, women bubble with hope, renewal, vigour and promise.

“As we celebrate the long line of South Africa’s profound and dynamic women, we acknowledge that we stand here today because for generations, women in our country have taken a stand against the institutionalised and traditional systems of economic exclusion, social degradation and exploitation.

“What it means to be unstoppable in the pursuit of business and personal excellence is the recognition that your vocation is not only to lead, but indeed to inspire many more to follow your example; to follow your sparkles as true meteors in our nation’s quest for a growing, inclusive and employment-generating economy.

“This you will do because you are strong and dynamic, you are beautiful, progressive and patriotic.

“What it means to be unstoppable is that as part of the majority (52% of the adult population in South Africa), we assert that in as much as South African society cannot progress without black people in the forefront of the economic mainstream, so too will progress and growth be unattainable without the active, primary, fundamental and meaningful participation of women across all sectors and levels of the economy,” she said. In the marketplace, not only as consumers but also as investors and asset managers, on the factory-floor, in academia, in politics, in the arts and in communities.

She said society can only be the better for it when the fullest human capacity is deployed intelligently across all spheres of human endeavour.

Women are entering self-employment successfully at an ever-increasing rate; according to the latest results from the Global Entrepreneurship Monitor (GEM), women are doing better on average than male entrepreneurs in the country.

“In fact, in the experience and knowledge of the NEF, I can bear testimony to the fact that our best investees are women entrepreneurs.

“We can attest to the fact that to fund a woman is to fund a nation.

“We have found that women entrepreneurs are more likely to succeed in business because they are focused, driven and true to their dreams. They service their loans with far greater diligence and have been known to do so in record time.

“And so when we are asked why the NEF has approved over R3.4 billion for the benefit of black women entrepreneurs out of total disbursements of R6.3 billion, we can only say it is because women rock,” she said.

“That is why all over the country the majority of beneficiaries from our entrepreneurship training, our incubation support as well as investor education interventions, the majority are women.

“Many of them come from rural and peri-urban localities because they too are unstoppable,” she said.

Mthethwa said one of the biggest quests of our society today is the drive for the industrialisation of South Africa’s economy.

She said it was the conviction of a growing mass in South Africa today that this quest will only find true fruition and triumph if women stand at the centre of this urgent and historic pursuit.

“These are potential industrialists who see prospects for growing the export market in a variety of sectors, including renewable energy, tourism, minerals beneficiation, agro-processing and business process outsourcing, which incorporates call centres, data storage centres, termination centres and more.

“These potential industrialists would see opportunities in textiles, mining, automobiles; renewable energy and biofuels, whether this is nuclear, solar, biomass, hydro, co-generation or wind.

“As visionaries for large-scale enterprises, these black industrialists would have an eye on plastics; pharmaceuticals and chemicals; forestry, pulp and paper.

“They will be enlivened by opportunities in infrastructure, which of course includes telecommunications, healthcare, roads, rail, airports, dams and water.

“These industrialists would want to become players in manufacturing and tourism, which encompasses hotels, resorts, tourism attractions and leisure.”

She urged the delegates at the breakfast meeting to rise as women “to take your places behind the steering wheels of South Africa’s economy”.

“You will find development financiers such as the NEF, the Industrial Development Corporation, the Development Bank of Southern Africa and the Small Enterprise Finance Agency ready to provide financial and non-financial support in pursuit of a growing, employment-generating and inclusive economy.

“We meet them daily at the NEF, and indeed we can point to a robust pipeline of strategic and industrial projects worth R29 billion, with the potential to support over 85 000 jobs,” she said.

In partnership with the NEF

The NEF provides funds to black entrepreneurs and groups with the aim of facilitating access to finance in support of broad-based BEE in terms of government legislation.

The investment activities of the NEF are guided by an investment policy that seeks to ensure that investments create real economic empowerment for black people, without deviating from sound economic principles. Each application for funding is assessed in terms of the following:

. Commercial viability of the business case being presented;

. The business must comply with all relevant laws and regulations;

. There must be operational involvement at the managerial and board levels by black people;

. Minimum percentage of black ownership or interest of 50.1% is a requirement;

. The business must be able to repay NEF funding;

. The business must create a reasonable number of jobs;

. The geographic location of the business is also important and a focus on rural or economically depressed areas is encouraged;

. There must be meaningful participation by communities in rural development projects; and

. The possibility of co-funding with private or public sector institutions is encouraged in larger projects.

The NEF invested R6.6 million in this condom manufacturing plant. The facility is majority owned by black women. It is estimated that, when fully operational, the facility will produce 70 million condoms a year, and will supply the domestic market as well as the rest of the continent.

This investment is supporting 131 direct jobs.

This factory is one of the few condom-manufacturing facilities in the country and will be situated within the East London Industrial Development Zone.

The NEF invested R50 million in this hollow fibre dialyser manufacturing plant at the Dube TradePort Special Economic Zone in KwaZulu-Natal. The plant has a capacity to produce 2 million dialysers a year for the domestic and international health markets.

The project size is an estimated R250 million in value. The NEF investment in this project is R50 million. Just last week, the project unlocked grant funding of R50 million from the Black Industrialists Programme.

The project will also produce other haemodialysis products such as dialysates and dialysis kits.

The project will create 60 direct and 200 indirect jobs.

This social housing construction company is 100% owned by black women.

It has received funding to the tune of R15 million from the NEF. The business has done a number of projects exceeding R322 million since its inception. The combined experience of its members allows L&R to cover a wide range of activities on the contracts that have been awarded to the entity.

The company has a track record and the capacity to deliver on any project it manages, which includes construction and concrete supply services in the open market.

This is another example of a black industrialist company that was funded by the NEF.

The concrete mixer company, which is based in Kempton Park and is 100% owned and managed by black women, was approved for NEF funding of R14.7 million in February 2016.

The core function of Go2Market is to provide concrete mixing on site using the volumetric concrete mixer, which is a mixer on a truck or trailer that churns concrete at the job site to produce the exact amount of concrete needed.

This is one of the most effective means to enable black economic participation because it reduces investment risk due to the training, marketing, operational systems and general entrepreneurial support typically provided by franchisors.

Over the past few years, the NEF has entered into agreements with the top oil companies that service the national fuel retail market. The purpose of these agreements has been to facilitate the investment in more petrol station outlets owned by black entrepreneurs.

To date, the NEF has invested a total of R447 million in 84 service stations that are owned and managed by black entrepreneurs countrywide, and these support 1 625 jobs.

Of these, 39% are owned and managed by black women. Within the NEF’s franchise portfolio, service stations rank as the most vibrant and successful businesses.