Sponsored | Humans are the greatest destructive force on earth, and our planet’s greatest hope for survival Sir David Attenborough, an eyewitness for us all to the wonders of the natural world. Picture: Nick Shoolingin-Jordan & Silverback Films

An eyewitness to the wonders of the natural world for more than 60 years, Sir David Attenborough has always given voice to our planet. Increasingly, he has become its advocate in laying bare the destruction of the Perfect Planet upon which all our lives depend and entreating us to take collective action to stop that destruction.

A Perfect Planet, yet another of the naturalist and filmmaker’s superb series, explores the forces that made life in all its abundance possible, from the volcanoes that created the land, to the oceans that carry nutrients around the planet, to the sun that sparks life.

The final episode in this series is simply entitled Humans. It is us, the seven billion of us (and counting), who have to take responsibility for stemming the destruction of the planet that makes our lives possible. However, Attenborough makes it clear that though we can all make choices to consume less and reuse more of our resources, the single biggest intervention that we must make now is to stop burning fossil fuels.

Attenborough invites a trio of experts to join him to tell the story of humans, they are Dr Niall McCann, a biologist and conservationist; Dr Asha de Vos, a marine biologist and conservationist; and Jeremy Rifkin, an economist and environmentalist. Together they tell a cautionary tale that we have all heard pieces of, but which we must all heed in its totality. We face the loss of half of all life in the next eight decades if we don’t act now.

McCann is clear that renewable energy sources are key: “We need to make enormous shifts in our society… there really is no excuse, the earth has all the power we need.”

While Rifkin counters the idea of growth: “Our mission here isn’t growth, growth, growth, but sustainability and that our responsibility is to steward this planet. That’s the mission in hand.” Turtles washed up on the cold beaches near Boston recouperate at a state-of-the-art aquarium before being released back into warmer oceans. Picture: Nick Shoolingin-Jordan Silverback Films

FORESTS FOR THE FUTURE

However, it is not all doom and gloom, the programme covers a number of incredible interventions worldwide such as the Great Green Wall, which has ambitions to plant one billion trees to hold back the downward spread of the Sahara desert into Africa. It is already delivering water and crops to the people of Senegal who are planting it and whose children’s futures depend on it.

Towards the end of 2017 a project to reforest parts of the Amazon began. This project, now well underway, plans to replant 73 million trees, however, the method is particularly novel. Working with the knowledge of indigenous people, the project collects the seeds from 200 different species of trees, then the seeds are mixed and sown to ensure diversity. In six years the project will have reforested 30 000 football fields. The context for this good news story, however, is that every minute an area equivalent to two football fields is deforested in the Amazon. Our oceans, where 70% of the oxygen we breathe is made, is becoming more acidic. The currents that carry nutrients around the globe are changing and overfishing has removed 90% of large predatory fish. Only 5% of our oceans are protected and if we can get this to 30% it might offer some fish populations a chance to recover.

Attenborough visits an aquarium in Boston that is saving turtles who, confused by the changes in the currents, have strayed too far north and have to be saved from freezing to death. He also visits a reserve in Kenya where more than 150 orphaned elephants have been saved from dying of thirst like their families did and have been reintroduced into the wild.

Attenborough tempers the horrors of our destructive nature with the stories of hope that offer a way out of our death spiral. As with all his series, A Perfect Planet uses the very best cinematography and photography to tell its story, and he invites young leaders who are taking action to offer their call to action. Dionne Scougul, a 17-year-old, says: “We need more people to look at the facts and say ‘I will do something about this’.”

Available on Sunday 14 March at 4PM on BBC Earth (DStv channel 184). Also available on Catch Up.

This March following the launch of the hit series A Perfect Planet, BBC Earth is exclusively bringing audiences its Eco Season of programmes that will put a spotlight on the challenges facing our planet and how ‘it takes a planet to save a planet.’ To watch the promo, click here or visit  https://www.bbcsouthafrica.com/eco-season/?jwsource=cl 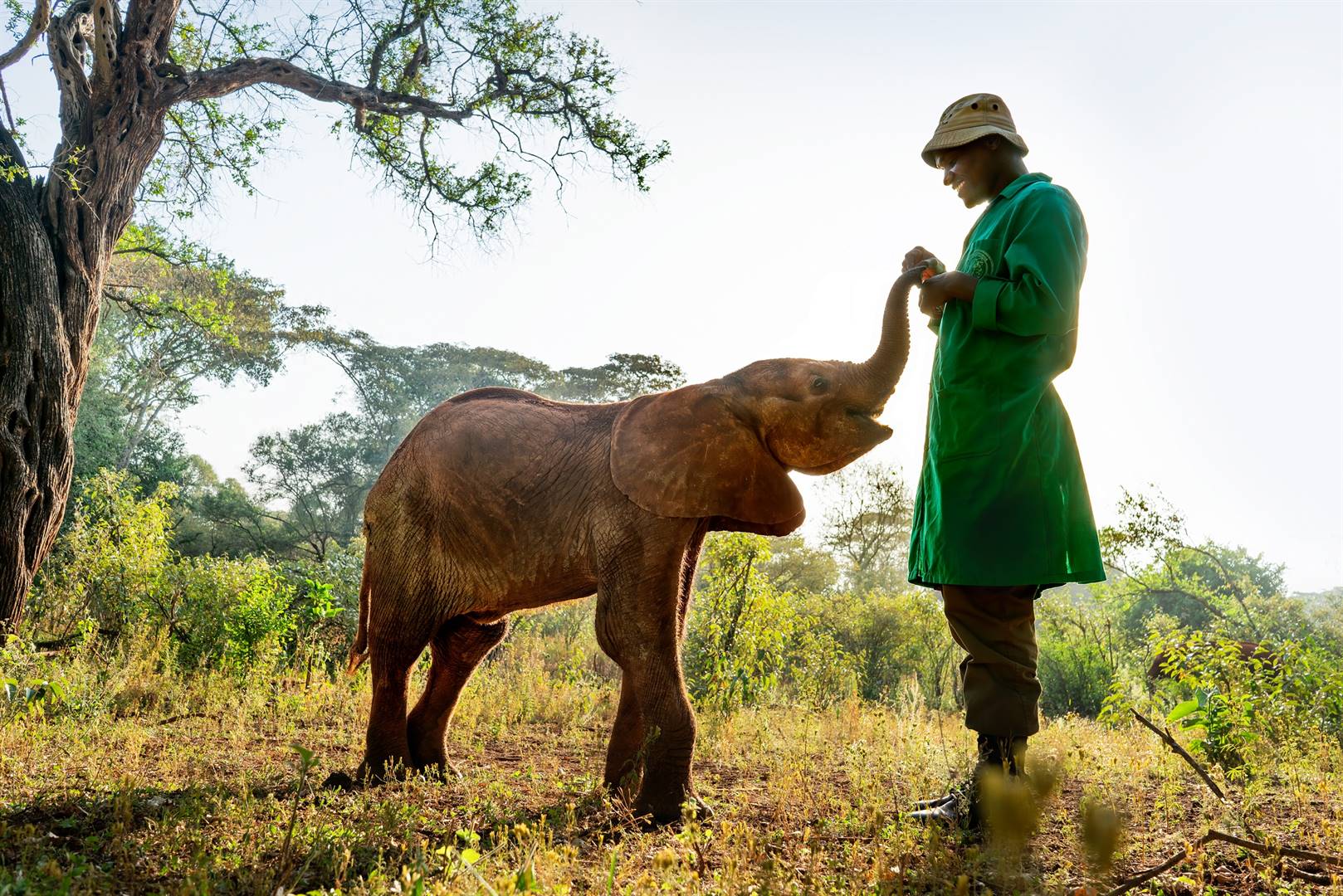 An orphaned elephant forms a loving bond with its carer during the time it is being nursed - physically and pyschologically back to health. Picture: Nick Shoolingin-JordanSilverback Films
We live in a world where facts and fiction get blurred
In times of uncertainty you need journalism you can trust. For only R75 per month, you have access to a world of in-depth analyses, investigative journalism, top opinions and a range of features. Journalism strengthens democracy. Invest in the future today.
Subscribe to News24
Next on City Press
SPONSORED | Tender notice: Proposal request for development of detailed feasibility study for procurement of Gautrain Rapid Rail Link

view
Voting Booth
ANC secretary-general Ace Magashule has written a letter suspending party president Cyril Ramaphosa in apparent retaliation after he was served with a letter of suspension on Wednesday.
Please select an option Oops! Something went wrong, please try again later.
He doesn't have the power
32% - 146 votes
It’s a declaration of war
25% - 114 votes
Nothing but a distraction
44% - 201 votes
Previous Results
The best of 2020
Can you guess who featured in our most popular articles from 2020?