Webinar | Why should men show up to end GBV? Join the discussion Protesters gather to hand-over a memorandum of grievances during gender-based violence demonstration outside Parliament, following the rape and murder of UCT student Uyinene Mrwetyana on September 05, 2019 in Cape Town, South Africa. While accepting a memorandum of demands from the protesters, Ramaphosa admitted that he will be addressing the issue of violence against women and children and that a state of emergency should be declared. (Photo by Gallo Images/Ziyaad Douglas)

The global pandemic has created another – what has been called The Shadow Pandemic – the rise and rise of domestic violence. Before the pandemic 243 million women and girls worldwide between the ages of 15 and 49 had experienced sexual and/or physical violence by an intimate partner.

Since the global lockdowns, those numbers have soared for many reasons including isolation with an abuser; health, security and money worries; movement restrictions; and cramped living conditions. Gender-Based Violence is a human rights abuse and to add to the conversation about what men should be doing to eliminate it, Daily Sun and The European Union Delegation to South Africa are hosting a webinar on December 9 at 6pm. December 10 is international human rights day.

Entitled Accountability: How Men Need to Show Up to Fight Gender-Based Violence, the webinar will be facilitated by Soul City Institute’s Gail Smith. Melusi Tshabalala – first and foremost a father, he is also the author of Melusi’s Everyday Zulu and Magenge, we need to talk, as well as an advertising executive and social entrepreneur. He has a keen interest in working with men to try build a better society. His belief is that it’s up to everyday men to work with each other and hold each other accountable. His recently-published book Magenge, we need to talk is a call to South African, black men to open up, talk more, listen more and begin to do the required work to course correct.

Tshabalala will take Siya Kolisi’s place on tomorrow’s panel. Kolisi has had to drop out due to a bereavement. Simamkele Dlakavu is a lecturer in gender studies at the University of Cape Town. Picture: Supplied

Simamkele Dlakavu – a lecturer in the Gender Studies department at the University of Cape Town, she has been an active participant in student movements calling for an intersectional decolonial reality in South Africa - where all forms of oppression matter. She is the former media and communications manager for Oxfam South Africa and worked as a producer on current affairs show, The Big Debate. 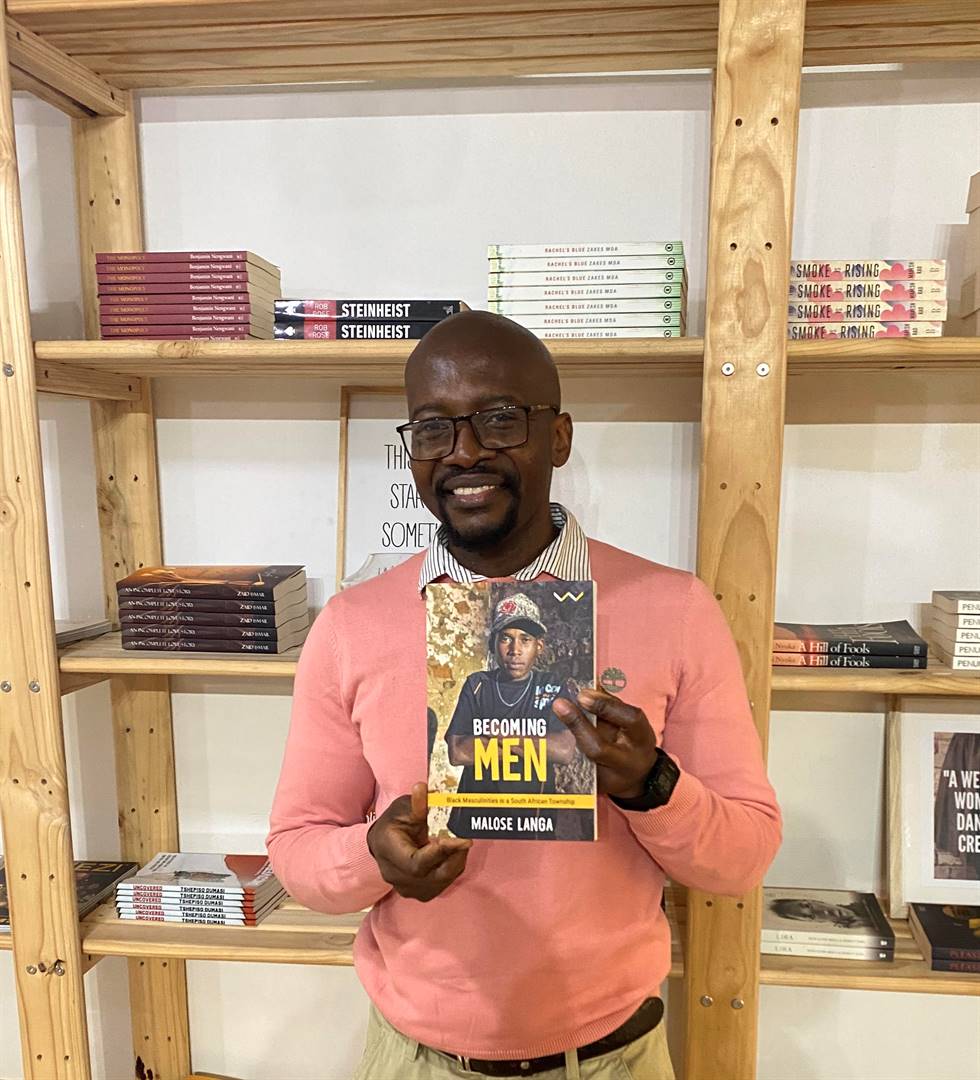 Dr Malose Langa is a psychologist and author of Becoming Men. Picture: Supplied

Dr Malose Langa – the author of Becoming Men (read about his book here), the story of 32 boys from Alexandra over a period of 12 years in which they negotiate manhood and masculinity. Langa is a psychologist and academic who has decoded what it means to be a young black man in contemporary South Africa. Virginia Magwaza - is responsible for advocacy, campaigns and movement building at the Other Foundation. Previously she was at the Foundation for Human Rights in South Africa, where she was a programme manager responsible for the human rights of lesbian, gay, transgender, and intersex people. She is also an activist in her own right and works with the Parents, Families & Friends of South African Queers - PFSAQ. H.E. Fionnuala Gilsenan – is the Ambassador of Ireland in South Africa. She is a long-time gender equality advocate, working with women rights activists in Timor Leste, Ethiopia and Tanzania over the course of her diplomatic career. She was co-founder of the Irish Gender-based Violence Consortium which brings together NGOs, Government departments, and the Irish Defence Forces in a unique partnership to address gender based violence in their work. The Embassy of Ireland is supporting the Presidency in South Africa in their AU mandate on GBV and is active on the Women Peace and Security agenda in South Africa and the region. Gail Smith is a journalist, feminist writer and media strategist. She is a specialist in gender equality, women’s empowerment, intersectionality and human rights. She is an African storyteller who weaves politics, culture, art, fashion, feminism and identity. She is currently senior manager: strategic integration at the Soul City Institute and producer of the TV show It’s a Feminist Thing on SABC2.

The 16 Days of Activism for No Violence against Women and Children Campaign, a United Nations initiative that takes place from November 25 to December 10, is underway. In South Africa, from March 27 to September 21 the Gender-Based Violence Command Centre received 3860 Gender-Based violence related calls. Between January 1 and March 26 this number was 393. A ten-fold increase.

We live in a world where facts and fiction get blurred
In times of uncertainty you need journalism you can trust. For only R75 per month, you have access to a world of in-depth analyses, investigative journalism, top opinions and a range of features. Journalism strengthens democracy. Invest in the future today.
Subscribe to News24
Next on City Press
Sponsored | Expression of interest for outdoor advertising portfolio

Read more on:
siya kolisigbvgender based violence
Podcasts
Podcast | How to select the right exchange traded funds in this crazy market

Choose a newsletter
Voting Booth
The EFF has sent a legal letter to President Cyril Ramaphosa’s office, demanding that the lockdown regulations be relaxed to allow political gatherings in compliance with all Covid-19 protocols. The party said that regulations prohibit political campaigning and activities in preparation for this year’s local government elections.
Please select an option Oops! Something went wrong, please try again later.
Like church members, political party members should gather
0% - 0 votes
I fear the third wave
50% - 1 votes
Hold off on the elections
50% - 1 votes
Previous Results
The best of 2020
forsubscribers
Can you guess who featured in our most popular articles from 2020?