Primary schoolchildren are allegedly being signed up by “agents” to be “sold” to top rugby-playing high schools, and many poor families are being enticed by the large amounts of money on offer.

This “sick” state of affairs comes against the backdrop of an age-cheating scandal that has unfolded at Glenwood High School in Durban over the past month.

Four pupils who played in the KwaZulu-Natal Craven Week team were caught posing as younger players.

In a letter earlier this month, Noel Ingle, who heads the SA Schools Rugby Union (Sasru) and the Glenwood Preparatory School, where the boys involved started playing rugby, apologised and pleaded innocence.

Agents are being accused of recruiting young primary school pupils to “sell” them to top high schools and there is little that SA Rugby or Sasru can do, because they are sold as education “opportunities” for school rugby players.

Robbie Kempson, the coach of the Southern Kings, had experience of the “industry” during his time as the head of the Eastern Cape Academy of Sport, and described the practice to City Press’ sister publication Rapport.

“We did have problems with agents, but we mostly tried to work with the parents of the children, especially because these were minors. It was really for that reason that we felt that agents do not have the right to negotiate on behalf of schoolchildren,” Kempson said.

“We’re aware that most schoolchildren get agents from the age of 15 or 16. There are many agents who sign up players illegally and begin selling them across the country. There are also many schools – especially in KwaZulu-Natal – that ‘buy’ children from the Eastern Cape. It’s sick, to be honest.

“What they do is give a large amount of money to the family – something like R5 000 in cash. For some families in the Eastern Cape, that’s more than a year’s income. It’s almost a bribe to get the children at those schools.”

While the schools argue that they are merely providing the schoolchildren with the opportunity to get a better education, Kempson maintained there was an industry that deliberately recruited young players.

“It’s a bit strange that there are more than 100 children from the Eastern Cape in schools in KwaZulu-Natal. Quite coincidentally, but somebody is clearly doing something to get them there. There are definitely agents involved.

“Everyone goes on about what an opportunity it is for the child, but what happens to that child if they don’t end up making it – if they perhaps don’t make the first team or the Craven Week team, and don’t get a contract? Or if they don’t go to an academy, what is that child supposed to do then? Does he go back to the Eastern Cape? What happens next?”

Ingle said that Sasru was going to take steps to ensure that older players wouldn’t be able to pose as younger players again.

“We can never allow this to happen again,” Ingle said about the children, who allegedly committed identity theft by using ID numbers belonging to other children.

Ingle maintained that he was not guilty of any wrongdoing, and pledged his full support of an investigation launched by the KwaZulu-Natal Rugby Union (KZNRU).

Bone density tests on two of the players determined they were 16 and 17, despite playing for Natal in the Under-13 final last year.

According to Ingle, a sophisticated scheme has been created, resulting in identity documents that did not belong to the players in question being used.

During the Craven Week tournament, they played under assumed names. It was only when the ID numbers were found to be the same at two different schools that questions were raised.

“The whole thing is too sophisticated to have been thought up by young schoolchildren. We will have to investigate who is behind this,” Ingle said.

“The KZNRU is working with schools to ensure that this never happens again. We will hold a conference with all role players to work out different strategies to prevent a recurrence,” he said.

“As chairperson of Sasru, I have informed the SA Rugby Union and the SA Schools Rugby Association [Sasra] about what has happened, and we will address it at out next meeting.

“It has major consequences for school rugby and we can’t imagine what would happen if this were to be repeated. We can never allow this to happen again.

“The incident has put me through a difficult time, but it in no way reflects on the majority of players, coaches and administrators who love rugby, and who play the game with integrity.”

Ingle also said that Sasra would decide at its next meeting whether the outcome of the Under-13 Craven Week final, in which Natal beat Western Province 26-24, would be nullified. 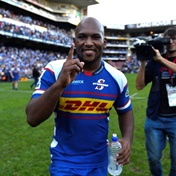 Read more on:
glenwood high schoolrugbycheating
MONEY MAKEOVER
Podcast | Mistakes to avoid with your own business

Choose a newsletter
Voting Booth
Are the taxi associations justified in their ultimatums to government regarding loading capacity and debt relief, and in their increase of fares?
Please select an option Oops! Something went wrong, please try again later.
Yes, they need the money
13% - 29 votes
It’s irresponsible
47% - 107 votes
No, we should boycott
40% - 92 votes
Previous Results
Podcasts
Podcast | Mistakes to avoid with your own business