A big week for Pitso Mosimane 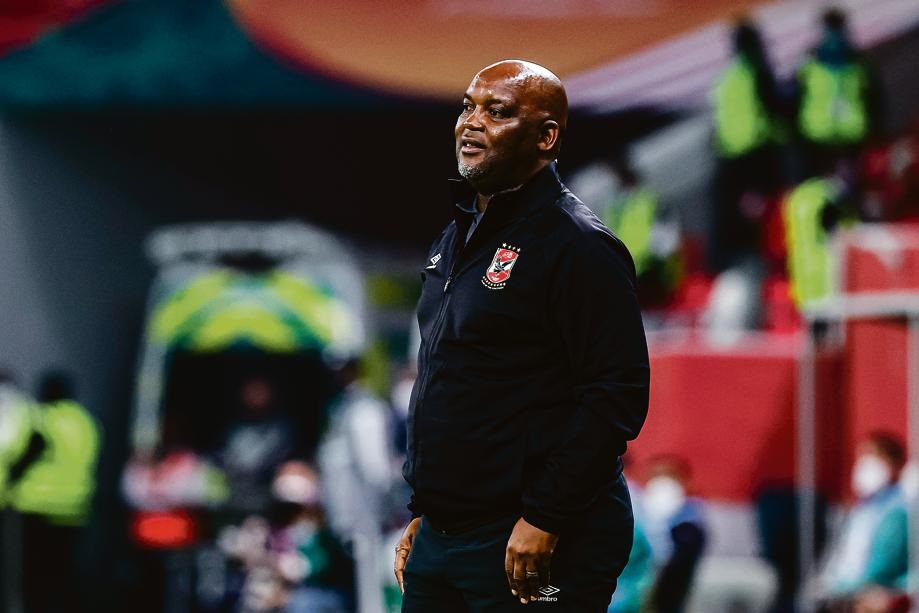 With a game every third day and wins few and far between, the past three weeks have provided Pitso Mosimane with one of the sterner tests in his seven months in charge at Al Ahly.

Two defeats to unfancied opponents in the team’s past six league fixtures did not make things easy for the Egyptian powerhouse, who are four points adrift of their Cairo rivals Zamalek at the top of the 18-team structure.

However, Al Ahly’s 2-1 victory over Al-Ittihad on Thursday brought much-needed relief ahead of what will be a big week for Mosimane.

The 56-year-old will face Zamalek in the Cairo derby second round tomorrow, and then his former side Mamelodi Sundowns in the CAF Champions League quarterfinals first leg on Saturday, both games at home.

The return leg against Sundowns in Pretoria on May 22 will be followed by the overdue once-off CAF Super Cup final against Confed Cup holders RS Berkane of Morocco six days later.

“A bit of a relief for us – we’ve been going through difficult times. We’ve been playing well, but didn’t win. And sometimes playing well doesn’t help when you don’t win [as] it can break the confidence,” Mosimane was quoted as saying in Egypt’s media outlets after the narrow win over Ittihad at Alexandria Stadium on Thursday.

“Jingles”, as the former Bafana Bafana coach is known, will be attempting a hat-trick of wins over Zamalek, who he has already beaten twice since he took over at Al Ahly in October.

READ: My Take | African football must prioritise the fans as part of its commercialisation strategy

The Red Devils edged their rivals 2-1 last month, having beaten them by the same margin in the Champions League final in November, a month after Mosimane was installed as Al Ahly coach.

Even when he was in charge of Sundowns, Mosimane enjoyed dominance over Zamalek in their previous encounters in the premier continental club competition, which he won at the expense of the White Knights in 2016.

Now the coach from Kagiso township on the West Rand must do it all over again to prove that he is the one for big occasions as Al Ahly confront blockbuster fixtures this month.

The tough past few days came at a time when Mosimane was linked to the Bafana coaching job, a post that was eventually filled by Belgian Hugo Broos this week.

We live in a world where facts and fiction get blurred
In times of uncertainty you need journalism you can trust. For only R75 per month, you have access to a world of in-depth analyses, investigative journalism, top opinions and a range of features. Journalism strengthens democracy. Invest in the future today.
Subscribe to News24
Next on City Press
Doping scandal stains Nigeria Olympics camp

Sign-up to our newsletters and get the latest results and info in your inbox.
Voting Booth
The Electoral Commission of SA (IEC) has accepted the report by former Deputy Chief Justice Dikgang Moseneke proposing that South Africa’s local government elections be postponed to February.
Please select an option Oops! Something went wrong, please try again later.
I was looking forward to the elections in October
42% - 128 votes
Postponement makes sense
46% - 139 votes
They should be later than February
12% - 37 votes
Previous Results
The best of 2020
Can you guess who featured in our most popular articles from 2020?