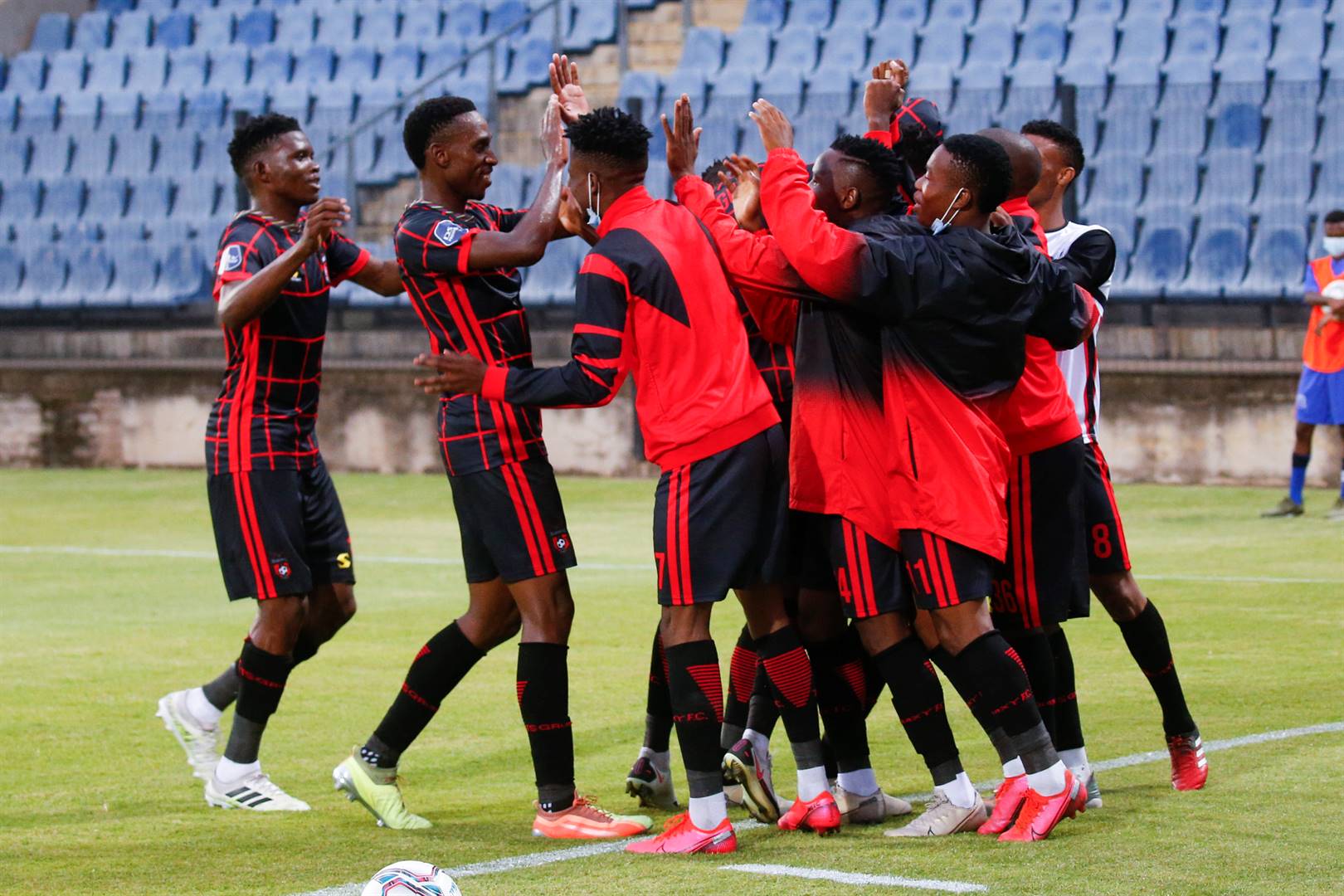 Top-flight newcomers TS Galaxy finally got the monkey off their back after securing their first league win since October.

The Rockets have struggled to adjust to life in the DStv Premiership after buying the status of Highlands Park at the start of the campaign.

Their 3-0 victory over Maritzburg United on Wednesday lifted a huge weight off their shoulders. Goals from Wayde Lekay, Lindokuhle Mbatha and Felix Badenhorst secured the precious three points at the Harry Gwala Stadium in Pietermaritzburg.

With coach Owen Da Gama notching up his first victory in charge since his appointment a fortnight ago, Galaxy climbed out of the relegation zone and are now in 12th position with 11 points.

“We applied ourselves and were working hard. It was a great result for the team. I knew deep down in my heart that we do not deserve to be in that position [the relegation zone],” said Da Gama.

“Team spirit was fantastic. We worked on confidence and encouragement. These boys have to be nurtured and taken care of. Mistakes will be made, but it’s how you react to those mistakes.

“When the going gets tough we have to be creative. Everybody has been doing this in the team.”

Since he succeeded Dan “Dance” Malesela, Da Gama has guided Galaxy in two games, the first being the 1-0 loss to Chippa United last week.

Galaxy face Orlando Pirates at the Orlando Stadium on Tuesday.

“Every time you play the big teams it helps us go to another level. All teams in the PSL are good and you cannot undermine or overestimate anyone. Each team has to be respected. We want to carry forward the spirit we showed in our previous game into the match with Pirates,” said Da Gama, a former Pirates coach.

We live in a world where facts and fiction get blurred
In times of uncertainty you need journalism you can trust. For only R75 per month, you have access to a world of in-depth analyses, investigative journalism, top opinions and a range of features. Journalism strengthens democracy. Invest in the future today.
Subscribe to News24
Related Links
IN PICTURES I Swallows soaring high with PSL top awards
Ever-present Nyauza has kept Bucs’ back door shut
Grobler guns for what has evaded PSL strikers
Next on City Press
What’s in City Press Sport: No end in sight for PSL and Royal battle; Motsepe’s hectic first 100 days in office

view
Voting Booth
Tourism Minister Mmamoloko Kubayi-Ngubane will act as health minister after President Cyril Ramaphosa placed Health Minister Dr Zweli Mkhize on special leave while the SIU completes the probe into the irregular Digital Vibes contract. What are your thoughts on this?
Please select an option Oops! Something went wrong, please try again later.
Special leave is a whitewash.
38% - 142 votes
SA’s tourism sector needs undivided attention.
4% - 15 votes
Let's wait and see
9% - 35 votes
What is the point of deputy ministers?
49% - 181 votes
Previous Results
The best of 2020
Can you guess who featured in our most popular articles from 2020?