All eyes on PSL’s bid to restart suspended play The PSL executive will convene a virtual meeting on Thursday to deliberate on a “health and safety match-day protocol document” that seeks to convince government to allow its programme, which has been on hold since mid-March, to resume. Picture: Sydney Seshibedi/Gallo Images)

The PSL executive will convene a virtual meeting on Thursday to deliberate on a “health and safety match-day protocol document” that seeks to convince government to allow its programme, which has been on hold since mid-March, to resume.

The document was compiled by a task team set up in March by the PSL’s board of governors – the representatives of the 32 clubs across the premier and first divisions – to investigate if it is possible to complete the 2019/20 campaign in the face of the Covid-19 coronavirus pandemic.

The next step will be to take the document to Sports, Arts and Culture Minister Nathi Mthethwa for consideration.

The PSL fixtures were suspended on March 16 because of the coronavirus outbreak. Recently the league’s chairperson Irvin Khoza told City Press that the professional football club governing structure was committed to playing the season’s remaining fixtures if and when it is safe to do so.

Khoza referred to the recent directive by world football governing body Fifa, which gave the green light for the leagues around the world to resume.

The PSL had initially hoped to end the season on June 30 but those plans were put on hold after government declared Covid-19 a national disaster. This resulted in sports being prohibited, which remains even under the eased Level 4 lockdown regulations.

The Fifa directive gave the leagues permission to extend the season by a month – to the end of July.

“As the PSL we’re confining ourselves within the directives of Fifa, that the leagues can only resume if given the green light by their governments. I must say the minister [Mthethwa] has been of great assistance on how to get to a comfort level if the government were to say when it will be safe to resume. He was happy with us as not just a sport but as a business,” said Khoza

As things stand, the PSL falls in the bottom pile of those classified as prohibited events even under the eased regulations under the Level 4 risk-adjusted strategy that kicked in last Friday.

Khoza admitted that this phase will pose challenging scenarios for the league, especially when it comes to pressing matters such as players’ contracts and the PSL promotional/relegation play-offs.

The final league games were initially set to be played on May 9. There are 111 PSL games left, including the two semi-finals and final of the season-ending Nedbank Cup. 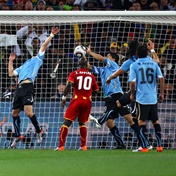 Read more on:
safapslcoronaviruslockdown
MONEY MAKEOVER
What to look for when drawing up your will and estate planning