Angola is not a done deal – Notoane 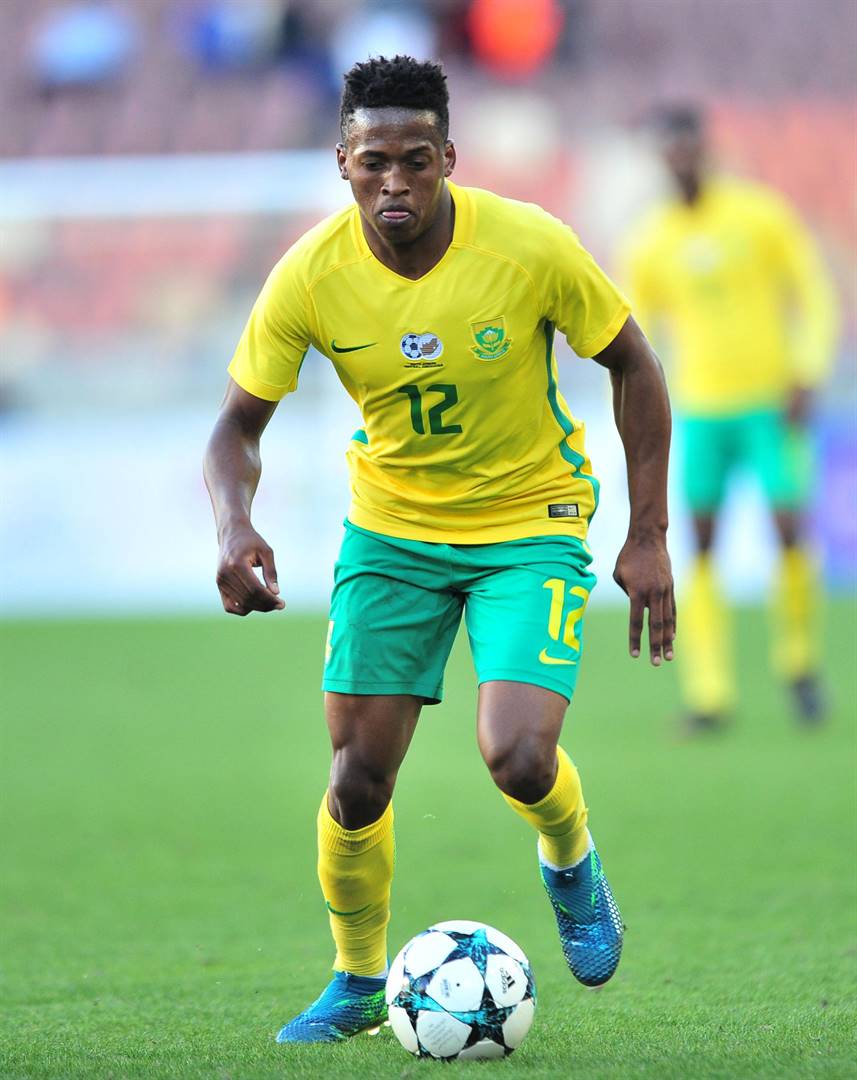 WINNER Luther Singh was in the team that beat Angola 3-1 in a 2020 Tokyo Olympic Games qualifier in Luanda on Friday. Picture: Samuel Shivambu / BackpagePix

The chances of opponents overhauling a three-goal scoreline in a two-leg fixture are often slim, but international football has witnessed plenty of epic comebacks recently.

It is for this reason that South African Under-23 head coach David Notoane refuses to undermine Angola ahead of the return leg of their 2020 Olympics qualifier on Tuesday.

South Africa heads into the game at Bidvest Stadium enjoying a 3-1 lead after goals by Phakamani Mahlambi, Thendo Mukumela and Grant Magerman sealed the deal in Luanda on Friday.

“It’s not a done deal, as it might appear,” said Notoane. “Coming into the second leg is a tricky affair because you’ve got three away goals, they’ve got the one goal that, I think, from a psychological point, can give them hope – a belief that if they could score two goals, maybe they can score three in South Africa.”

Angola will need to score three clear goals without conceding at Milpark to overturn the result and advance to the next round, but Notoane has other ideas: “From a tactical approach, we’ll come with the right solution to psychologically make sure that we kill the tie.”

The Angolans scored their consolation goal five minutes before the end of regulation time on Friday. ON THE BALL Phakamani Mahlambi was on the scoresheet when the SA Under-23s beat Angola 3-1 in a 2020 Olympic qualifier in Luanda on Friday. Picture: Sydney Mahlangu / BackpagePix

Notoane said his technical team measured Angola on the basis of video footage of their Under-20s and their coach’s philosophy.

South Africa played Angola in the Under-20 Cosafa Cup late last year and it was inevitable that this group would graduate to the Under-23 team.

But Notoane clearly knew how to use the team at his disposal, despite the limited time he had to revive a project that had been idle for nearly three years. South Africa’s Under-23s last held camp before the 2016 Olympic Games in Rio de Janeiro, Brazil, where they were eliminated in the first round.

The team now is not only littered with talent, but the starting line-up in Luanda boasted mainly players with junior World Cup experience, and most of them came through the ranks of the Under-17 and Under-20 national teams.

An added advantage for Notoane is the availability of sharpshooters Luther Singh and Lyle Foster, who are based abroad.

“Congratulations to the players for the good reaction to the game plan we put in place, especially against a very difficult preparation process,” said the Mamelodi Sundowns reserve team coach.

“The technical team and the support staff worked well together to come up with the right tactics for the away leg. The key is that we are a team that likes to attack. But we have to try to find the right balance between defence and attack, and make sure that we don’t hold ourselves back with our strength in attack.

“If one reflects on the kind of preparations we put in place and the right balance that we managed to get with the attacking power of Mahlambi, Singh and Foster, the work they put up to give us attacking prowess up front was fantastic.” SHOWING THE WAY Former SA Under-20 star Lyle Foster was in the SA Under-23 team that beat Angola 3-1 in a 2010 Olympic Games qualifier in Luanda on Friday. Picture: Chris Ricco / BackpagePix

Notoane conceded that, as much as they were eager to kill off the game against Angola, the technical staff would be faced with a tricky situation on whether to refresh the team.

“We have a bunch of new players. Do you bring in players with the hope to see what they can offer at this level or not? It’s tricky in that sense. But we’ll do what is necessary to kill off this tie as a contest.”

On paper, the early stages of the road to the Tokyo Olympics next year appear to be relatively easy, given the calibre of the likely opponents for South Africa should they complete the job against Angola.

The aggregate winner will face the victor between Zimbabwe and Mozambique in the third round when the qualifiers resume in June. The two countries, like South Africa and Angola, also meet in a return leg on Tuesday.

The process will culminate in eight teams going to the Under-23 Afcon finals in November, where the top three will earn tickets to Tokyo 2020.

Related Links
Amaglug-glug destroy Angola in Luanda
Mokoena focused on proving himself to Baxter with Amaglug-glug
Life goes on as usual for Notoane’s team despite Tavares’ passport glitch
Share
Next on City Press
What’s in City Press Sport: Top dogs set the ball rolling; Seven knee injuries, but Mtembu has no regrets; Has Tau found good Kompany to take him to England at last?