Bafana’s Afcon campaign is rattled by an impressive Ghana 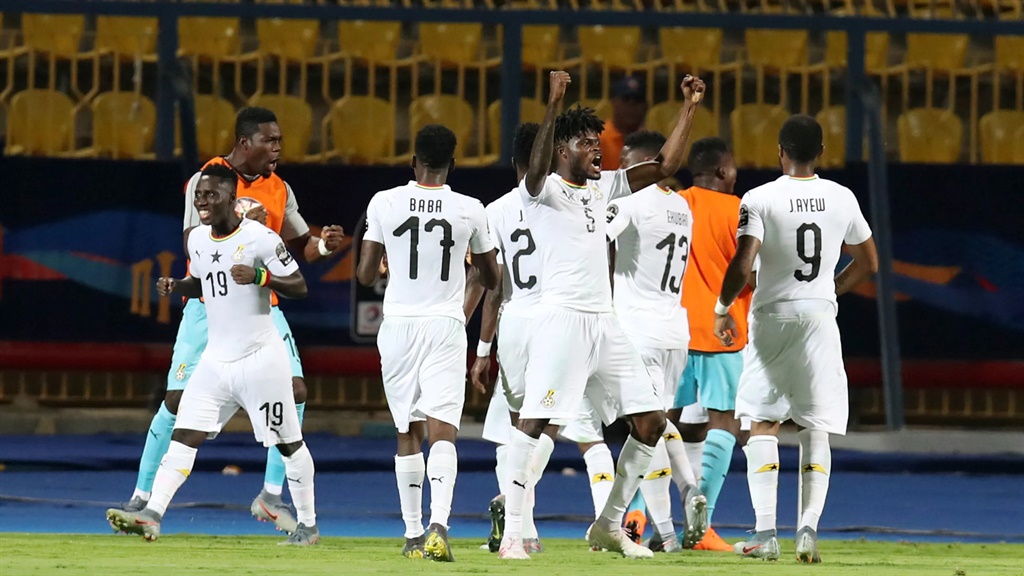 Ghana joined Sudan on top of Group C as the Black Stars started off their campaign to qualify for the 2021 Total African Cup of Nations with a 2-0 victory over South Africa on Thursday. Picture: CAF Online

South Africa began their 2021 Afcon qualifying campaign on a low following a 2-0 thumping by Ghana in their opening group fixture on Thursday night.

Two superb goals in each half by the hosts settled the game at a packed South Coast Stadium to mark a rather terrible start for new Bafana Bafana head coach Molefi Ntseki, who will now be desperate for a win against Sudan in Soweto on Sunday.

Things went awry for Bafana the moment they lost midfielder Bongani Zungu to injury just before the hour mark.

The void was apparent as Ghana exploited the centre of the park and that’s where Spain-based midfielder Thomas Partey took his chance with a low shot that took a wicked deflection to beat Ronwen Williams in Bafana goal.

South Africa had their moments in the opening stages when Bradley Grobler came close with a snap shot from close range following a free-kick in a game where Bafana were easily bullied by the Black Star when it came to territorial control.

At the heart of Ghana’s impressive build-ups were the Ayew brothers – captain Andre and Jordan – who were at their best, inspiring the attacks of their side.

Despite the team being under siege, Ntseki was adventurous in his substitutions when he threw in Lebo Mothiba for Grobler and Kermit Erasmus for Thembinkosi Lorch in a bid to claw back into the game.

But it was Ghana who ended the tie as a contest when debutant Mohammed Kudus found ample space while running through the midfield to rifle home with less than 10 minutes before full time.

With this victory, Ghana took the second spot in Group C behind Sudan, who lead the pool after their 4-0 win over Sao Tome and Principe on Wednesday.

Bafana are expected back on Friday to prepare for Sudan at the Orlando Stadium on Sunday.

We live in a world where facts and fiction get blurred
In times of uncertainty you need journalism you can trust. For only R75 per month, you have access to a world of in-depth analyses, investigative journalism, top opinions and a range of features. Journalism strengthens democracy. Invest in the future today.
Subscribe to News24
Related Links
2 months on... Where is Bafana’s Afcon cash?
SA Under-23s are a shoo-in for Afcon finals
Unpacking Baxter's Afcon report
Next on City Press
Look who’s back for the Proteas